I honestly do not know if I am extremely lucky or extremely unlucky. In my yard in the last week or so I have had three swarms. Were they my bees swarming? I can only say for certain that one of those were because I watched the bees pour out of the hive. Which was crazy cool to watch. I thought the swarm that occurred in my backyard last Thursday was from the bees I caught last year, but yesterday another swarm happened in my backyard right on top of them. AND… it wasn’t even one large cluster, but four small ones. One of those clusters landed on the entrance to an occupied hive. I was pretty sad when the swarm I watched last time land on my bait box then leave, so this time I wasn’t going to lose a swarm again. I did my best to gather them up and put them in a temporary cardboard bee box with only a few frames. One of those with a bit of honey to give them a boost.  I also covered the box with a blanket since we were expecting frost last night. So did I catch another swarm or did my bees swarm again? I have no clue what these little critters are doing…ever. I am wondering if this was a good hobby for me. These bees do nothing but confuse me at every turn. 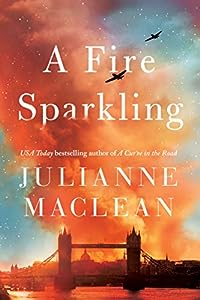 A Fire Sparkling
by Julianne MacLean

From the USA Today bestselling author of A Curve in the Road comes a spellbinding novel about one woman’s love, loss, and courage during wartime.

After a crushing betrayal by the man she loves, Gillian Gibbons flees to her family home for a much-needed escape, but when she finds an old photograph of her grandmother in the arms of a Nazi officer, Gillian’s life gets even more complicated. Rattled by the discovery, Gillian attempts to unravel the truth behind the photos, setting her off on an epic journey through the past…

1939. England is on the brink of war as Vivian Hughes falls in love with a handsome British official, but when bombs begin to fall and Vivian’s happy life is destroyed in the blitz, she will do whatever it takes to protect those she loves…

As Gillian learns more about her grandmother’s past, the old photo begins to make more sense. But for every question answered, a new one takes its place. Faced with a truth that is not at all what she expected, Gillian attempts to shine a light not only on the mysteries of her family’s past but also on her own future.

This gorgeously written multigenerational saga is a heart-wrenching yet hopeful examination of one woman’s struggle to survive, perfect for fans of The Nightingale and Beneath a Scarlet Sky. 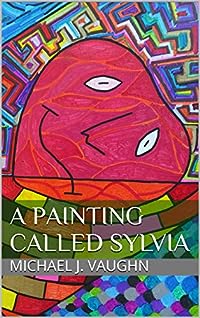 When Chris Weathers finds an oddly alluring artwork in a beachtown coffeehouse, he thinks he’s found the answer to the visions invading his button-down life. But when he becomes the patron of its creator, a semi-homeless painter named Marcello, he unsettles the balance of his family. Being the “walking wallet” for a genius daughter and her ultra-nervous mother has its rewards, but aren’t parents allowed to have lives of their own? A touching family drama from the author of the award-winning novel The Popcorn Girl. 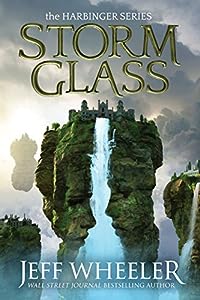 From the Wall Street Journal bestselling author of the Kingfountain Series comes the first novel in a bold and richly imagined world.

Theirs is a world of opposites. The privileged live in sky manors held aloft by a secretive magic known only as the Mysteries. Below, the earthbound poor are forced into factory work to maintain the engine of commerce. Only the wealthy can afford to learn the Mysteries, and they use their knowledge to further lock their hold on society.

Cettie Pratt is a waif doomed to the world below, until an admiral attempts to adopt her. But in her new home in the clouds, not everyone treats her as one of the family.

Sera Fitzempress is a princess born into power. She yearns to meet the orphan girl she has heard so much about, but her father deems the girl unworthy of his daughter’s curiosity.

Neither girl feels that she belongs. Each seeks to break free of imposed rules. Now, as Cettie dreams of living above and as Sera is drawn to the world below, they will follow the paths of their own choosing.

But both girls will be needed for the coming storm that threatens to overturn both their worlds. 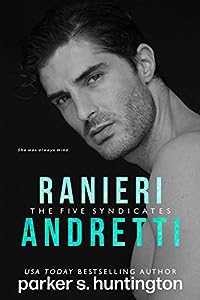 We were best friends, then we were enemies.

Loved. Protected. Cherished.
There was a time when Ranieri Andretti made me feel those things.
That was before his family came after mine.

He was supposed to forget me.
We went our separate ways.
It should have stayed like that.
But now he’s back in my life, and he’s my new boss.

I want to hate him.
He’s my ex-best friend.
My tormentor.
The head of the Andretti family.
But no matter how hard I try… I can’t stay away. 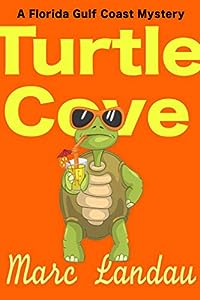 Nolan Parker just wants to relax, paint some turtles, and toss a ball with the dog. But…

What starts out as a side hustle to pay for wifi and dog treats, ends up with Nolan chasing a teenage runaway around the beaches of Florida trying not to get killed. Worse, his tropical paradise has been invaded by a crew of wacky Floridians… and maybe an alligator.

Will Nolan find the kid and get the girl? Or will the sunshine state suck him into its swamplands?