So now that both of my bee colonies have swarmed, leaving behind new queens (hopefully) with the the remaining half of the colony, I can relax and stop watching them quite so closely. With the warmer weather I had been obsessed with what they were doing and wanting to know if they were healthy. At this point, what happens with them is out of my control and I just need them to do what bees do. Tonight my partner in crime will be taking swarm that had split from my first colony , so I will be able to have part of my yard back. Having so many bees in the yard makes it hard to move around and get planting done. My goal is to catch at least one more swarm before the season ends because my partner in crime and I lost both the colonies that we had purchased. We just have not had luck with purchased bees, so I have given up on that option. I am very much looking forward to the day I don’t have to buy honey from Costco. I really hope this is our year. ERG!!! 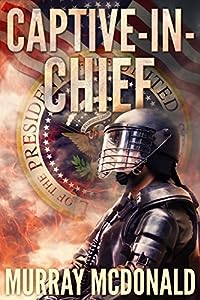 President Clay Caldwell was the president that American citizens had always dreamed of. With approval ratings unlike any in decades, his re-election campaign wasn’t an “if” but a “by how much of a landslide” he would win his second term. However, none of those citizens were aware that he was no longer in control.

As tragedy befalls his closest advisers, he finds himself with nowhere to turn when an unknown power begins to exert control over him. With his daughter’s life on the line, he looks to the only man who can save her – and save America from the unfolding chaos. He is the one man he can trust to help him uphold his oath to preserve, protect and defend the constitution of the United States.

That one man, an unlikely choice, comes with his own problems, and a dog… 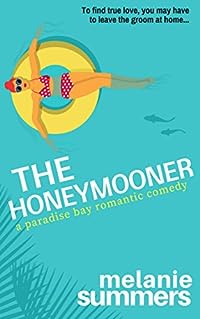 Twenty-nine-year-old workaholic Libby Dewitt lives by the motto ‘if you fail to plan, you plan to fail.’ She’s finally about to start her dream life with her steady-as-a-rock fiancé, Richard Tomy. Together, they’re the perfect power couple — right down to the fact that he’s agreed to use their honeymoon to help further her career in mergers and acquisitions. But ten minutes before the wedding, her dreams dissolve via text message.

Devastated and humiliated, Libby escapes to Paradise Bay alone. She’s got two goals for her trip: to devise a plan to get Richard back and to convince resort owner Harrison Banks to sell his property to her company. Unfortunately, when she arrives, she discovers that tall, dark, and built, Harrison is not about to make anything easy for her.

Instead, he derails her plans while at the same time, bringing out a side of Libby she’s kept carefully tucked away — a carefree, adrenaline junkie. After a few days together, Harrison’s got her wondering if the life she always wanted was meant for some other girl. Suddenly, Libby must decide which version of herself she wants to be.

Will she go back to her comfortable, safe life, or risk everything to be with the only man who’s ever made her feel truly alive? 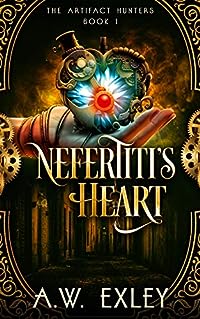 Cara Devon has always been curious and impulsive, but tangling with a serial killer might cure that. Permanently.

1861. Cara has a simple mission in London – finalise her father’s estate and sell off his damned collection of priceless artifacts. Her plan goes awry when a killer stalks the nobility, searching for an ancient Egyptian relic rumoured to hold the key to immortality.

Nathaniel Trent, known as the villainous viscount, is relentless in his desire to lay his hands on both Cara and the priceless artifacts. His icy exterior and fiery touch stirs Cara’s demons, or could he lay them to rest?

Self-preservation fuels Cara’s search for the gem known as Nefertiti’s Heart. In a society where everyone wears a mask to hide their true intent, she needs to figure out who to trust, before she sacrifices her own heart and life. 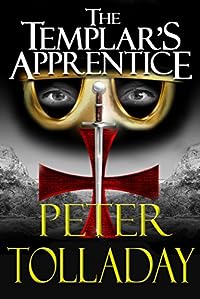 Outremer, the distant lands. The troubadours sing of its mystical loveliness and tell tales of love and honour woven around the constant battles between Christendom and Islam.

For Honfroy, a young squire in the service of the Knights Templar, the reality is less poetic and far grimmer.

The Kingdom of Jerusalem tenaciously holds onto the ribbon of land between the River Jordan and the Mediterranean Sea. Saladin, the Sultan of Egypt and Syria, has united his warring factions. He is now determined to wipe the stain of the first crusade from the honour of Islam and regain the Holy City of Jerusalem.

When Saladin’s army invades, Honfroy is catapulted into a world of treachery and deceit, where his life is in danger from both Moslem and Christian alike.

From the blood-stained sands of the Holy Land to the intrigue of the court in Jerusalem, Honfroy grapples with his meteoric rise in fortune. His friendship with the new king, Baudoin, comes increasingly under threat from the political wiles of his mentor, Odo the Templar Grand Master, and the king’s mother, Agnes of Courtenay.

Honfroy is enchanted by the beautiful but older Agnes. Not even the power of the Grand Master, however, can protect him when their secret liaison comes to the attention of the king.

Banished from the court, Honfroy’s courage and skills are honed on the kingdom’s frontiers until the day when Odo summons his apprentice once more.

Set against the turbulent background of the crusades, the Templar’s Apprentice is a gripping and enthralling tale of courage, friendship, love and treachery, reaching its blistering climax at the battle of Marj Ayyun. 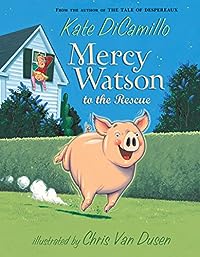 The first adventure of this NEW YORK TIMES best-selling porcine wonder is now available as an e-book. (Ages 6 – 8)

To Mr. and Mrs. Watson, Mercy is not just a pig – she’s a porcine wonder. And to the portly and good-natured Mercy, the Watsons are an excellent source of buttered toast, not to mention that buttery-toasty feeling she gets when she snuggles into bed with them. This is not, however, so good for the Watsons’ bed. BOOM! CRACK! As the bed and its occupants slowly sink through the floor, Mercy escapes in a flash – “to alert the fire department,” her owners assure themselves. But could Mercy possibly have another emergency in mind – like a sudden craving for their neighbors’ sugar cookies? Welcome to the wry and endearing world of Mercy Watson – an ebullient new character for early chapter-book readers in a series that’s destined to be a classic.