We are supposed to go camping on Sunday. I just want to stay home and watch the news. Plus it’s going to be raining during most of our trip. Camping and rain is not a great combination as far as I am concerned.  Hubby says that is exactly why we need to go. He needs for me to get away from the news and relax for a bit. It’s hard to argue with that. You may have noticed that I had actually stopped posting books on the weekends, but I thought now of all times we could all use a few free books to get our minds off of the news. There are no crowds to fight to get these little gems I found, so relax, check them out and maybe even grab a few to enjoy. Plenty for all!! 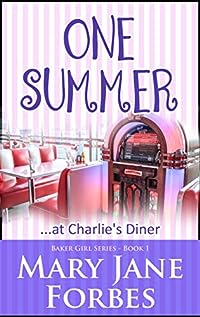 Her eye is on the bake-off prize. His heart is set on winning her over. Will they cook up a fresh batch of love or a recipe for disaster?

Down-and-out pastry chef Star Bloom has no choice but to swallow her pride and take a job at a mom and pop diner. But the goofy antics of a fellow waiter and the attentions of a sexy patron are starting to lift her sour mood. When her new friends help her land a spot on a televised cooking show, she’s hopeful it’ll be the big break she needs to open up her own bakery.

Tyler Jackman would rather be animating cartoons than waiting tables. But when a blue-eyed beauty joins the diner staff, he starts counting down the hours to his next shift. Determined to get out of the friend zone, he hatches a plan to launch her dreams into the spotlight. But as his crush preps for the bake-off, Tyler faces his own tough competition in the battle to win her heart.

With trouble brewing at the diner and fierce rivalries in the way of their dreams, can Star and Tyler stand the heat or will they leave the kitchen brokenhearted?

One Summer is the first novel in The Baker Girl series of delectable cozy romantic mysteries. If you like nail-biting bake-offs, sweet love stories, and a heaping spoonful of humor, then you’ll love Mary Jane Forbes’ toothsome tale. 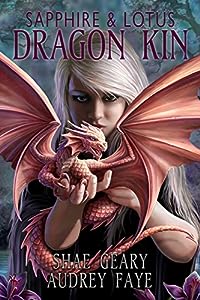 The ancient prophecy speaks of the five, those who will come to save all of dragonkind. Like most prophecies, it leaves out a lot of the important details…

Sapphire is a very ordinary elf girl who runs for the hills — and gets lost in a forest instead. The same forest where a dragon egg perches high in a tree on a dark winter’s night.

This is the story of what happens when egg meets girl.

Dragon Kin: Sapphire & Lotus is book one of a fantasy series for readers who love dragons, ordinary heroes, and bravery that has to be earned one day at a time.

A note from Audrey: I tell stories of hope, resilience, belonging, and finding what (and who!) matters. I do that in a lot of different genres, but you’ll always get those things in an Audrey Faye book. 🙂

Read the first four books that launched this bestselling series.

Book 2: Riptide Once again, sinister things are afoot in Apalachicola, FL, and one of them is an actual foot.

When a local fisherman finds a severed limb in his net, it sets off a chain of events that no one can anticipate

Lt. Maggie Redmond soon discovers that the foot belongs to the friend of another recently dead guy, Gregory Boudreaux, the man she never told anyone about. Gregory’s death was thought to be a suicide. That seems less likely, now that his best friend Sport’s foot has shown up out of the blue, as it were

When it starts looking like town villain Bennett Boudreaux might be responsible for eliminating Sport, things begin to get a little weird. Especially since Maggie’s started to take a liking to Bennett. She’s also taken a real liking to her boss, Sheriff Wyatt Hamilton, but her growing friendship to Bennett and her secret connection to the dead men threaten her and Wyatt’s relationship.

Is Bennett avenging Maggie for some reason, or does he have something altogether different on his mind?

Book 3: What Washes Up Karma’s alive and well in Apalachicola, Florida, and there are several people who are about to meet it face to face.

When more than a dozen bodies wash up on the beach of St. George Island, the residents of Apalach are outraged, and none more so than investigator Maggie Redmond and Sheriff Wyatt Hamilton. It’s time for the greedy to answer for the lives of innocents.

Meanwhile, a man is found tied to a burning boat in the middle of the bay, and Maggie’s instincts tell her Bennett Boudreaux is behind it.

If he is, Maggie has to decide whether she really wants him punished, or if justice has already been served.

Book 4: Landfall Two storms that nobody thought were coming just made landfall.

As a hurricane gathers its power just off Apalachicola’s shore, another storm comes to a head in Lt. Maggie Redmond’s home.

Held prisoner by a man bent on avenging the death of a son, Maggie must find a way to save herself and her two children. No one knows where they are. No one is coming to help.

Maggie and her children will have to find a way to survive both the madness inside their home and the madness raging outside. 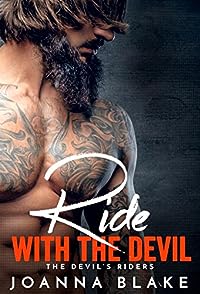 I’m the strong and silent type. She’s off limits and way too good for someone like me. But I’d like to see someone try and stop me.

When my career as a dancer is sidelined due to an injury, I have no idea what to do with my life. My best friend Kaylie is dating the head of the Devil’s Riders, so I tag along when she hangs out at the club.

That’s when I see him. The one they call the Viking.

He never says a word, but his eyes burn into me. He watches out for me, even kisses me once or twice, but that’s it. The man refuses to take the next step.

I just need to tip the big guy over the edge.

I don’t give a damn about anything but the Riders. But when the sassy redhead shows up with Devlin’s old lady, I’m told to watch her.

Problem is, I can’t stop.

For the first time in years, I’m thinking about a woman. She’s driving me crazy but that doesn’t change biology. She’s flirting with disaster, and I’m going to take her up on the offer. For good.

I’m just not sure she realizes I’m playing for keeps.

Ride With The Devil is the second book in the Devil’s Riders series. It was previously released under a different title. It has been extensively rewritten and expanded. I can’t wait for you to read it! 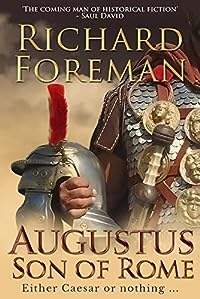 Richard Foreman, the author of the bestselling Raffles: The Gentleman Thief books, blends the political intrigue of Robert Harris’ series of Cicero novels with the action and adventure of Simon Scarrow in this sweeping historical epic.

Augustus: Son of Rome tells the story of the assassination of Julius Caesar and the rise of his heir, Gaius Octavius, as he journeys to Rome from Apollonia. We see a boy grow into a man as Octavius develops the moral courage, intelligence and ruthlessness that will finally see him become Augustus, Emperor of Rome.

The pen and sword will be employed to defeat his enemies and Octavius will earn the name of “Caesar”.

Yet Rome will exact its price – and triumph will be accompanied by tragedy.

Julius Caesar, Cicero, Cleopatra, Mark Antony, Brutus and Marcus Agrippa all feature in this epic adventure, which will appeal to fans of Shakespeare, Plutarch and Conn Iggulden alike.