Okay, this is just too many bees. After I had set up the two boxes in my neighbors yards to collect the swarms, I called my partner in crime. I now had four boxes of swarms in my VERY small backyard and they needed to go. Six bee hives in one yard is just a tad too many for me, especially since I hate getting stung and I have a bit of a fear of bees. If one lands on me or buzzes by my ear, I am screaming and arms are flailing. I am NOT cool. Thankfully my partner in crime is a lot cooler about bees and can get me under control. Half the time she is laughing at me, the other half just shaking her head. I was very grateful when her and her hubby came by last night and we all gathered up the swarms and loaded them in their truck. I would finally get my yard back. Oh gosh… it just occurred to me that swarm season has just begun. I better get some more boxes ready. (sigh) 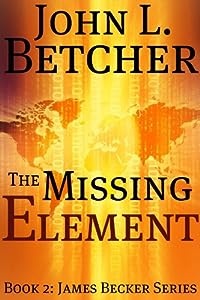 After decades of clandestine government operations, James “Beck” Becker and his wife Elizabeth return to Beck’s childhood home town to enjoy a settled retirement in the small Mississippi river community of Red Wing, Minnesota. But “settled” is a relative term and no matter where Beck goes, intrigue follows.

As Beck searches for Katherine, the tangled trail leads from her luxury Minneapolis Warehouse District condo, through her husband’s extra-marital escapades, past the entrenched hierarchy of elite computer professionals, and into the mind-bending world inside computer microprocessors.

Katherine’s kidnapping is clearly more complicated than a typical abduction.

As it turns out, the Beckers must use all of their considerable experience — his as a military intelligence operative; hers as a CIA code-cracker — to save Katherine and bring her abductors to justice. 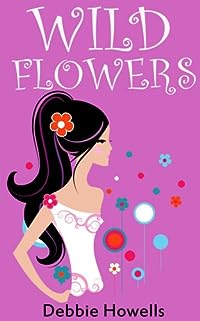 A heart-warming, heart-aching story about friendship and love…
There’s someone out there for everyone – isn’t there? Frankie Valentine absolutely knows happy ever after exists. She sees it every day, amongst her close friends and the brides that flock to her small flower shop. The only trouble is, her boyfriend Greg, isn’t it… Nor are her friends’ friends that they’re determined to matchmake her with.
Then, one morning, looking her worst and suffering the mother of all hangovers, she meets Alex. For a moment, she wonders, if he’s the one – only that too, seems to be over before it’s even started. And she decides it’s about time something changed.

Then out of the blue, with a huge celebrity wedding in her sights, Frankie meets Lulubelle, whose small son is very sick. And drawn into their world, nothing will ever be the same… 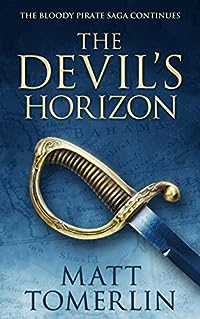 The Golden Age of Piracy is drawing to a close. Captain Guy Dillahunt recklessly pursues the infamous Charles Vane across the Caribbean, risking the lives of his entire crew for one last chance at glory. Former strumpet Jacqueline Calloway uncovers a dark destiny she never could have imagined. The dashing Gabe Jenkins attempts to right the wrongs of his past, and meets an enemy he does not expect. Kate Lindsay engages in a final battle for her freedom, while friend and foe alike conspire against her.

The horizon beckons, but few will survive to reach it. 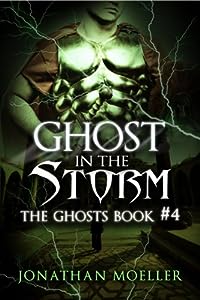 Ghost in the Storm (The Ghosts Book 4)
by Jonathan Moeller

CAINA AMALAS is a Ghost nightfighter, one of the Emperor’s elite spies and assassins. And though she remains anonymous, already legends grow around her. Whispers speak of the Ghost nightfighter who stopped the fire of the gods from consuming Rasadda, who defeated sorcerers of terrible power, who liberated slaves and threw down cruel lords.

Yet now the storm is coming to claim her…
ARK spent five long years hunting for his missing wife and son. Now, at long last, he has found them again. When the storm comes, he will do anything to save them.

No matter what the cost to himself…
KYLON is a stormdancer of New Kyre, master of the sword, wielder of the sorcery of air and water. The youngest man ever to claim the title of stormdancer, he will fight for the honor of his city and his sister.

Even if he is doomed to fail…
REZIR SHAHAN is an Emir of Istarinmul, a man of cruelty and power, a tyrant who rules over his slaves with a rod of iron. For too long the commoners of the Empire have defied their rightful masters.

When the storm comes, he will teach them to wear a slave’s collar…
ANDROMACHE is one of the nine archons of New Kyre, her lineage ancient, her authority vast. For the honor of her city, she will bring the storm of war to the Empire.

And when she does, her true master will reward her with dark power beyond imagining. 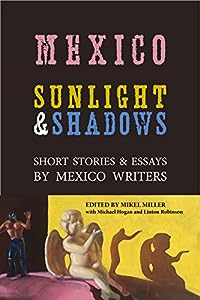 This is one of the best books available about life for both expat residents and natives in villages and cities across Mexico. What sets it apart from most other books about living in Mexico is that it’s a literary collection of short stories and essays, full of insights by contemporary authors who write and live full time in Mexico or who have spent a lot of time living in the country. The superb collection contains twenty two works, all but five from authors who live full time in the country. Their writing spans a variety of topics; many contributions extol life in Mexico’s abundant sunlight while others examine what the shadows sometimes obscure. It’s a sampler of sorts, with active hyperlinks for more information about the authors and their other writing. The anthology contains complete chapters from books and also single pieces from internationally-acclaimed authors and emerging writers: Bruce Berger, E.G. Brady, Ann Hazard, Michael Hogan, Jim Johnston, William Kaliher, Janice Kimball, Judy King, Jeanine Kitchel, David Lida, C.M. Mayo, Carol M. Merchasin, Mikel Miller, Katie O’Grady, Antonio Rambles, Daniel Reveles, Robert Richter, Lin Robinson & Ana Maria Corona, John Scherber, Jennifer Stace, James Tipton, and Candelora Versace. Perhaps the best way to gain valuable insights about the day-to-day life of people in a foreign country is to read good books by authors living and/or writing in that country. The purpose of this book is to identify several writers who can help readers accomplish this for Mexico. Enjoy!