Today I feel invincible!!! A friend of mine gave me a homemade mask to wear when I go out, and it stays on my face!!! No more pulling bandanas back over my nose a thousand times, touching my face each time basically defeating the purpose. Not to mention it’s really cute. I can’t believe I am saying this, but I had a bad case of mask envy when I went to Costco the other day. There I am, walking around with my bandana falling off my face every ten seconds, and all I saw around me were people with awesome looking masks with cool patterns, all of them staying on their face. I felt like I was wearing socks that I had made out of an old t-shirt. Not cool. Mask Envy. Can you believe it?? MASK ENVY!!! Well no more. Hubby and baby bassets still have the bandanas, so I don’t really like to be seen with them. Not because I am ashamed of their bandana masks, but because I look like a jerk with my fancy mask and they don’t have one. Sure, I could just let one of them use it and go back to wearing the bandana, but once you taste the good life it’s hard to go back. 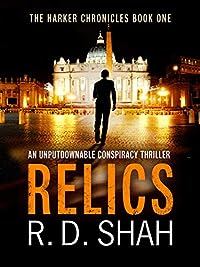 To find the truth, one must first uncover the lies…

When a Catholic priest hangs himself at the Pope’s inauguration in St. Peter’s Square, his friend, Professor Alex Harker, is dragged into a secret war.

The suicide sets into motion a timetable of terrifying events that will irrevocably change the world as we know it. With the clock ticking, pursued by a deadly assassin, Harker must track down and decipher pieces of a puzzle laid down by the dead priest.

Harker finds himself in an epic battle – one that has been playing out on the fringes of society since the birth of Christ. It threatens to reveal a truth so shocking that it could enslave and transform mankind’s destiny forever. 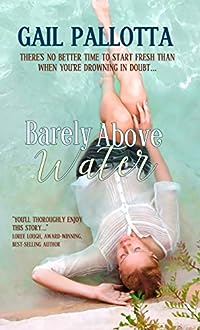 Barely Above Water
by Gail Pallotta

An illness comes out of nowhere and strikes Suzie Morris. Her boyfriend dumps her. She has no living family, and her physician can’t diagnose the malady.

Suzie relies on her Christian faith as she faces the uncertainty of the disease, and turns to a renowned alternative doctor in Destin, Florida. She takes a job coaching a county-sponsored summer swim team. She’s determined to turn the fun, sometimes comical, rag-tag bunch into winners.

Her handsome boss renews her belief in love, but learns of her mysterious affliction and abruptly cuts romantic ties. Later he has regrets, but can he overcome his fear of losing a loved one and regain Suzie’s trust? 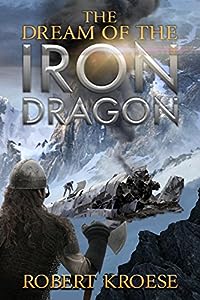 Trapped 1300 years in the past, they have one mission: survive.

In the 23rd century, humanity has been hunted to the verge of extinction by an alien race. When an exploratory ship accidentally travels back in time to Viking age Scandinavia, the human race is given a second chance. Pursued by the power-hungry King Harald, the four surviving crew members join a ragtag band of Vikings as they pillage their way across Europe. It will take all their ingenuity, courage and technical know-how just to survive. But survival is only the beginning. To save humanity, they must somehow return to the stars.

Thus begins a decades-long effort to teach the Vikings to build a craft capable of reaching space — a ship that will come to be known as the Iron Dragon. 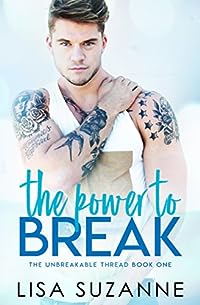 I had a plan. I landed the opening gig for a huge rock band with the sole purpose of getting the drummer to fall in love with me.

I wanted to break his heart the way he once broke mine. The one thing I didn’t account for? Feelings getting in the way. If I choose my heart, I won’t reach my goals. And if I carry out the plan, I’ll walk away with a broken heart.

Life has a funny way of making our decisions, and now I have the power. I just have to decide whether I’m still going to use it to break him.

The Power to Break is the first book in bestselling author Lisa Suzanne’s Unbreakable Thread Duet.

Who answers for Earth?

A sci-fi novel about a third-century Dacian, a young girl from year 1111, a modern-day Englishman and a mysterious starship.

“… a wonderful composition, with an interesting plot and lots of details that create a terrific world… well written and with fabulous images.” — goodreads.com 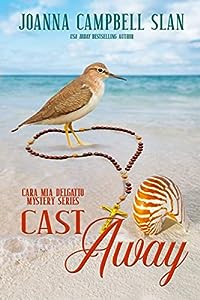 Cast Away: Book #4 in the Cara Mia Delgatto Mystery Series

The fourth book in a clean, romantic, mystery series set in Florida that focuses on love and friendship with a touch of history, too.

Stuart, Florida — A priceless coral and gold artifact intended for a queen disappears from a locked hotel room. The item was on loan as part of a charity event–and Cara Mia Delgatto was one of the first people who entered the empty ballroom. Who else could have stolen it but her?

The situation seems impossible! The philanthropic community of South Florida is blaming Cara for the loss–and the charity event is promptly canceled.

The backlash could hurt sales at the Treasure Chest, Cara’s store specializing in upcycled, recycled, and repurposed goods.

A single mom, Cara moved to the Treasure Coast of Florida for a second chance at life and love. Things aren’t exactly working out as she had planned. Now it looks as though Cara’s business is might be caught in the undertow. In the meantime, one of her friends has breast cancer, and the other is pregnant and has been rejected by the baby’s father. Needless-to-say, Cara’s support system is seriously shipwrecked.

With all this going on, Cara’s life is in turmoil. Can all this stormy weather sink Cara just like it did the Queen’s Treasure Fleet of 1715? Is she doomed to go down with the ship? Or will Cara fight the undertow and make it back to shore in time to save her business and her sanity?

Get Cast Away today and enjoy a Florida coast vacation without all the hassle of sand in your undies!