I am so excited!! My neighbor is getting his fence redone on Thursday and Friday. It’s not even a neighbor I share a fence with, but it is action taking place on my street and I need a bit of excitement. I am going to set-up the popup tent with some chairs in my front yard, maybe even a cooler. Dunno. Let’s see where the mood takes me. It’s a two day even, so I gotta be sure to pace myself. I am hoping to score a few old fence boards to make something out of. I have no idea what to make, but I have PLENTY of free time to figure that out. 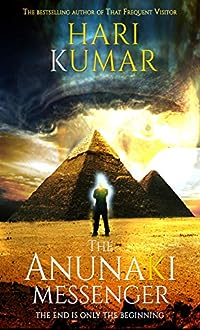 The Anunnaki Messenger: The End is Only the Beginning (The Advaita Chronicles Book 1)
by K. Hari Kumar

They were the most envied couple during their college days, but they parted ways in search of their careers… She becomes an ace journalist while he becomes the most celebrated filmmaker. They never thought their paths would cross each other… ever again…

But then Destiny has its own way of bringing soul-mates together. In the year 2017, when a secret brotherhood in Egypt will conspire to bring the biblical End of Days, it will be up to him to save humanity from getting wiped off the face of Earth… But then she comes back into his life again… Will he save mankind or will he succumb to his weakness?

Only time will tell… for the task is Herculean and time waits for none… And a deep dark secret about Mankind will be revealed to the Chosen One in this Game of Gods. 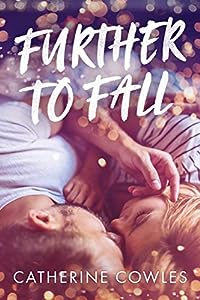 Further To Fall
by Catherine Cowles

An MMA fighter trying to take on the world. A teacher trying to make the world a better place. A friendship neither expected.

Until one night, one mistake tore them apart.

Losing her almost broke him. But he climbed his way out of the darkness and now he’s back and determined to battle for his girl.

But, from the sidelines, someone watches. Someone who’ll do just about anything to keep them apart.

Their second chance might be over before it even begins… 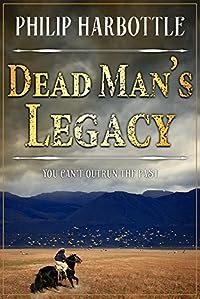 Before even the idea of a trial, a mob decides to convict Farraday, burning his ranch to the ground and leaving both him and his daughter with nothing.

Someone was behind the mob.

Someone wants Farraday out of the way and is prepared to do anything to achieve it.

Is it a grudge, is just plain jealousy?

Or perhaps it has something to do with the abandoned mine lying empty on Farraday’s land.

Either way, Ken Bradmore, local cattle dealer, is prepared to get to the bottom of it.

It doesn’t hurt that getting to the truth means spending more time with Sally Farraday either.

But just when the mystery seems solved, things will take a much darker turn.

Dead Man’s Legacy is a tale of buried treasure, true love and the cruel power of greed. 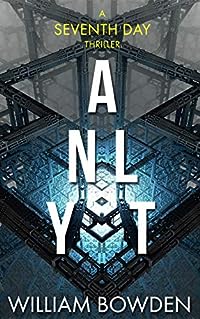 Any Alt
by William Bowden

Sci-Fi Thriller Noir, delving into the nature of reality. Evyline Marron had been caught at a young age — early enough, it had been hoped, to make a difference, an intervention with good intentions but which would unwittingly serve as the beginning of an education. How to fit in. How to be, for appearances’ sake, one of the sheep.

Two decades on and the child psychopath is now an accomplished neuroscientist, pursuing an understanding of her own nature by peering into the deceased heads of others.

And for that she needs specimens, of which there has been something of a dearth of late, a situation that had necessitated a scheme to encourage suitable candidates to gift access to their craniums upon death, a scheme that has Evyline charming her way into the heads of the great and good.

And then, quite out of the blue, the cerebral cortex of a notorious individual comes Evyline’s way.

An individual possessed of some very peculiar notions indeed. 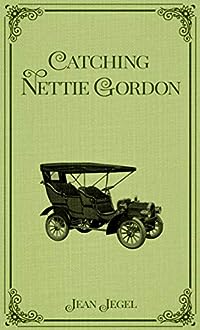 Nettie Gordon was an independent, modern woman who was living her dream; a modest life by most standards. She was happy teaching school, riding her bicycle, tending her houseplants, embroidering — and avoiding men at all costs. As the summer of 1905 approached, Nettie’s life was about to take a turn into the unknown.Sensing unprecedented liberty, women were organizing. Suffrage and prohibition were the topics on everyone’s lips. A unique urgency seemed to permeate the air in the City of Angels, which was growing faster than anyone anticipated. More automobiles appeared on the streets every day. And one Emmett Boyd might just change Nettie’s opinion of men forever. Or could he?