Get Them While They Are Hot

Here are some very popular Price Drops you won’t want to miss! 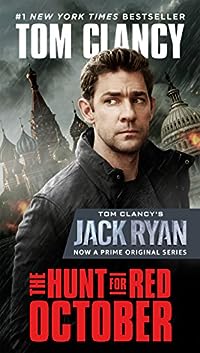 The #1 New York Times bestseller that launched the phenomenal career of Tom Clancy — a gripping military thriller that introduced the world to his unforgettable hero, Jack Ryan — nominated as one of America’s best-loved novels by PBS’s The Great American Read.

Somewhere under the freezing Atlantic, a Soviet sub commander has just made a fateful decision. The Red October is heading west. The Americans want her. The Russians want her back. The chase for the highly advanced nuclear submarine is on — and there’s only one man who can find her…
Brilliant CIA analyst Jack Ryan has little interest in fieldwork, but when covert photographs of Red October land on his desk, Ryan soon finds himself in the middle of a high-stakes game of hide-and-seek played by two world powers — a game that could end in all-out war. 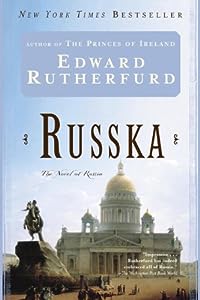 Russka: The Novel of Russia
by Edward Rutherfurd

“Impressive.”
THE WASHINGTON POST BOOK WORLD
Spanning 1800 years of Russia’s history, people, poltics, and culture, Edward Rurtherford, author of the phenomenally successful SARUM: THE NOVEL OF ENGLAND, tells a grand saga that is as multifaceted as Russia itself. Here is a story of a great civilization made human, played out through the lives of four families who are divided by ethnicity but united in shaping the destiny of their land.
“Rutherford’s RUSSKA succeeds… can take his place among an elite cadre of chroniclers such as Harold Lamb, Maurice Hindus and Henri Troyat.”
SAN FRANCISCO CHRONICLE 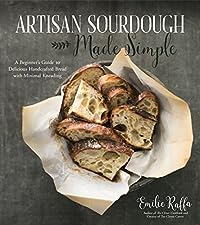 The Easy Way to Bake Bread at Home

All You Need Is Flour, Water and Salt to Get Started!

Many bakers speak of their sourdough starter as if it has a magical life of its own, so it can be intimidating to those new to the sourdough world; fortunately with Artisan Sourdough Made Simple, Emilie Raffa removes the fear and proves that baking with sourdough is easy, and can fit into even a working parent’s schedule! Any new baker is inevitably hit with question after question. Emilie has the answers. As a professionally trained chef and avid home baker, she uses her experience to guide readers through the science and art of sourdough. With step-by-step master recipe guides, readers learn how to create and care for their own starters, plus they get more than 60 unique recipes to bake a variety of breads that suit their every need. Sample specialty recipes include Roasted Garlic and Rosemary Bread, Golden Sesame Semolina Bread, Blistered Asiago Rolls with Sweet Apples and Rosemary, No-Knead Tomato Basil Focaccia, Make-Ahead Stuffed Spinach and Artichoke Dip Braid and Raspberry Gingersnap Twist.

With the continuing popularity of the whole foods movement, home cooks are returning to the ancient practice of bread baking, and sourdough is rising to the forefront. Through fermentation, sourdough bread is easier on digestion — often enough for people who are sensitive to gluten — and healthier. Artisan Sourdough Made Simple gives everyone the knowledge and confidence to join the fun, from their first rustic loaf to beyond. This book has 65 recipes and 65 photos.