It Starts With One Stone

I have finished the backyard garden. It is done. There is nothing left to do. The End. Seriously. It was a very sunny warm weekend so I spent the entire time outside planting seedlings, weeding, deadheading… everything. By early Sunday afternoon there was nothing left for me to do. I could finally sit back and enjoy the garden. Five minutes later I was looking for something to do. It was time. Time for me to do my quarantine project. Cleaning out the closets was an option of course, but I decided on a different project. One that would take a lot of time that I usually don’t have. I have decided to chip away at the pebble shower floor. Grout and little stones have been popping out over the years and it has been looking pretty bad. The only way I have figured out how to remove the small stones is one at a time with a screw diver and a hammer. Well…. That should keep me occupied for a few days.

Jay Sullivan is a pathetic mess, tortured by his daughter’s kidnapping, and is nothing like the legendary assassin he used to be. Could a clue out of nowhere be the redemption he needs? Or is he destined to remain an alcoholic nomad walking through life alone?

Sullivan is a legendary assassin working for a secret government organisation. He is an expert in murder, able to kill a man and cover it up without even breaking a sweat.

His only weakness is his daughter, who he desperately wants to keep away from this life.

So when the organisation turns on Sullivan, he is taken by surprise. A chase follows, leading to the one event Sullivan dreaded:

A gun to his daughter’s head. No choice but to watch her as she’s taken away…

He searches and searches, but she is impossible to find. With no idea where she is, he finds himself falling further into a hopeless depression.

So when, after five years of nothing, a clue finally turns up – he decides its time.

Time to brush off the old suit.

Time to ready his fists again.

Time to return to what he once was.

Even if he is an alcoholic mess who can barely throw a punch anymore.

Will he rediscover his daughter and rescue her from the man who took her? Or will he run out of time and be forced to watch her let her go again?

If you like adrenaline, tense fights and big chases, you will love Assassin Down. Download now, and get ready for your new non-stop action hero Jay Sullivan… 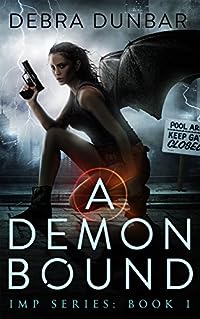 All Samantha Martin wants to do is drink beer by the pool, play mischievous pranks on the humans, and get her hot neighbor in the sack — oh, and avoid the angels who won’t hesitate to execute her on sight.

But when her naughty hellhound lands her in trouble and she’s blackmailed into catching a killer, Sam finds herself in the crosshairs of the very beings that want her dead. Run to Hel and give up all the earthly pleasures she’s learned to love? Stay and face a certain death? Or use her impish wiles and hope to survive?

WARNING: This completed series has laugh-out loud antics, an OCD werewolf, and a sexy angel. Get ready to binge read! 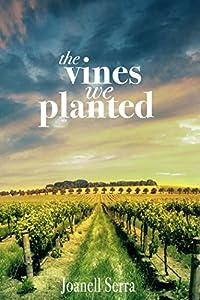 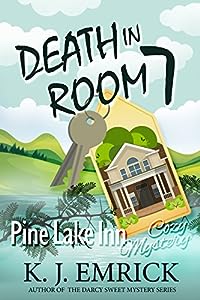 From the Author of the Darcy Sweet Mystery Series…
Adelle Powers, or Dell as she is known around the town of Lakeshore, is living her dream life. She and her best friend Rosie Ryan are owners of the wonderfully quirky Pine Lake Inn, a very popular Australian tourist destination. Running her own inn is the only thing she has ever wanted to do and it is her pride and joy.

So when Dell’s friend Jessica calls to say she’s coming for a visit Dell is ecstatic and can’t wait to show it off to her friend. Surprisingly Dell finds that Rosie is less than thrilled about the visit and can’t understand why. They were all such good friends, or so she thought.

It would seem that Rosie may know something about Jessica’s past that Dell doesn’t. Some sort of secret that Rosie is reluctant to share with her. When Jessica is found dead in her room the following day it would appear that her secret past may have finally caught up with her.

Horrified by the death of her good friend in her very own inn, Dell soon gets drawn into the mystery. And things take a turn for the very weird when Jessica’s ghost visits her, more than once, directing Dell to clues that have been overlooked by a very incompetent police investigation.

Soon Dell finds her own life in peril as she gets further into the mystery surrounding her friends life, and death.