A very common conversation in my house, since this quarantine has begun, is “When did you last shower?” I will ask one baby basset when was the last time he showered, then the other will chime in when he thinks he last showered so they can compare. They don’t usually shower on the same day. Not sure why, but they started doing that for some reason. Then hubby tells us when he showered last, and we all get a scrunched look on our faces, and judge him silently. Poor guy. I usually keep my mouth shut during these conversations when I realize that my hair hurts. 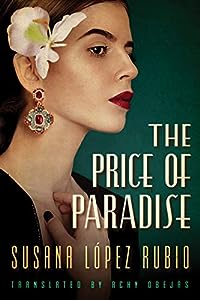 The Price of Paradise
by Susana López Rubio, Achy Obejas

In a city as corrupt as it was luxurious, those who dared to dream were bound to pay the price.

Havana, Cuba, 1947. Young Patricio flees impoverished Spain and steps into the sultry island paradise of Havana with only the clothes on his back and half-baked dreams of a better life. Blessed with good looks and natural charm, he lands a job as a runner at El Encanto — one of the most luxurious department stores in the world.

Falling in love with the mobster’s young wife, Gloria, is suicide. But Patricio is irresistibly drawn to the beautiful girl with sad eyes, a razor-sharp intellect, and a penchant for both Christian Dior’s clothes and Einstein’s theories. Within the walls of El Encanto, anything seems possible, even a love that promises to heal them and a desire that thrums with the mambo beat of the city itself.

In a reckless love affair that spans half a century, Patricio’s and Gloria’s lives entwine time and again, challenged by every twist of fate — for in a world of murder, betrayal, and revolution, those who dare to reach for paradise seldom survive unscathed. 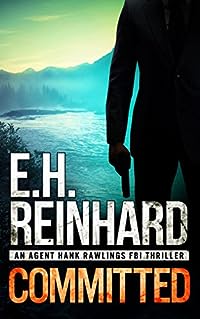 Committed: Book 3 in the Agent Rawlings Series of FBI Thrillers

A wanted serial killer and his girlfriend are on a bloody killing spree across the United States. Agents Hank Rawlings and Beth Harper, along with the rest of their team, are on a nationwide manhunt to bring them to justice.

Scene after scene and body after body only add to the media coverage. The wanted couple’s faces are splashed across every television and cover the front pages of every newspaper, yet Hank’s team remains a step behind — leaving them searching through the wreckage and bodies left in the couple’s wake.

As the pair takes a turn for the border, Hank must pull out all the stops to capture the murderous lovers before they take more lives, cross the border, and slip through the FBI’s grasp.

The hunt is on. 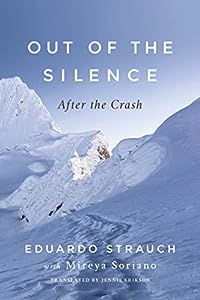 Out of the Silence: After the Crash
by Eduardo Strauch, Mireya Soriano, Jennie Erikson

A personal story of survival, hope, and spiritual awakening in the face of unspeakable tragedy.

It’s the unfathomable modern legend that has become a testament to the resilience of the human spirit: the 1972 Andes plane crash and the Uruguayan rugby teammates who suffered seventy-two days among the dead and dying. It was a harrowing test of endurance on a snowbound cordillera that ended in a miraculous rescue. Now comes the unflinching and emotional true story by one of the men who found his way home.

Four decades after the tragedy, a climber discovered survivor Eduardo Strauch’s wallet near the memorialized crash site and returned it to him. It was a gesture that compelled Strauch to finally “break the silence of the mountains.”

In this revelatory and rewarding memoir, Strauch withholds nothing as he reveals the truth behind the life-changing events that challenged him physically and tested him spiritually, but would never destroy him. In revisiting the horror story we thought we knew, Strauch shares the lessons gleaned from far outside the realm of rational learning: how surviving on the mountain, in the face of its fierce, unforgiving power and desolate beauty, forever altered his perception of love, friendship, death, fear, loss, and hope. 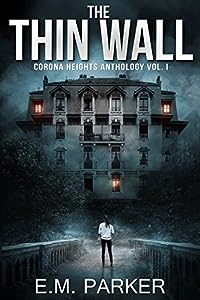 Fiona Graves is the building’s newest resident. She has given no thought to the darkness of its past. She only wants a place to call home while she attempts to rebuild her life. It was a simple plan. Unfortunately, life inside Corona Heights is anything but simple.

There is something buried inside the walls of her apartment; a secret so horrific, so terrifying, that no one has dared speak of its existence. No one except for Olivia Shelby, the ten-year-old girl who lives next door. Fearing for her life, Olivia is desperate to confront the horrors of Corona Heights, and she has chosen Fiona to help her.

Faced with deadly supernatural forces far beyond their understanding, Fiona and Olivia must reveal the frightening truth of what Corona Heights really is, and the darkness that has, up until now, been safely contained within its walls.

However, the pair will quickly discover that the building is good at keeping its secrets, and it will not surrender them without a fight. 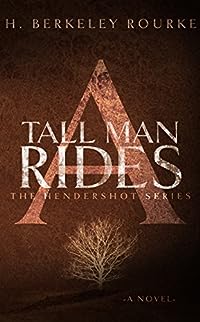