I feel like I can’t go past my driveway, so I go to the edge. I feel like such a rebel when I go over the line and touch the street. I hope this quarantine is over by Fourth of July, so we can celebrate our freedom.

Detective Virgil Jones is in for the fight of his life.
In recovery after being kidnapped and nearly tortured to death on his previous case, he is addicted to prescription pain killers, his life is spinning out of control and the governor has just fired him from his position as lead detective of the Indiana State Police Major Crimes Unit.

Twenty years ago James Pope was shot to death in front of his twin children, Nicholas and Nichole, by a rookie cop named Virgil Jones. Now, as young adults, the Pope twins are looking for revenge against the man they hold responsible for the death of their father.

Except twenty years is a long time and Detective Virgil Jones has a few other problems, the shooting of James Pope a distant memory.

The Governor’s Chief of Staff wants to privatize the Indiana prison system and plans to fund the construction costs by tapping into the state’s unclaimed lottery winnings. There’s only one problem… the construction contract has been awarded to the father of the man responsible for Virgil’s kidnapping and torture.

And don’t forget the Pope twins. They want a little something else besides revenge. The state’s lottery has hit an all-time high and with only days to go before the deadline, no one has claimed the money. The twins have a plan to walk away with the winnings and take down the people who destroyed their childhood all at the same time. But when Nicholas Pope goes missing and his apartment is found covered in blood, Nichole turns to the only person she can think of to help her, the one person who could never turn her away: Virgil Jones. 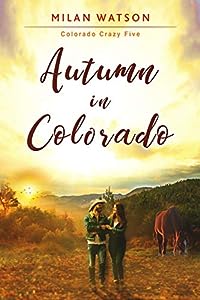 Lacy’s never been a gambler, but she’s just taken the gamble of her life.

As the new owner of the run down White Horse Inn and Saloon, Lacy Parker wants to bring it back to life. A rumored drinking hole of Wild Bill, Lacy wants to recapture the Wild West with modern luxuries, but to do that she needs a contractor.

Andrew Bennett was the popular guy in high school. Those days are in the distant past now that he’s a successful carpenter and contractor. When Lacy contacts him for an estimate he agrees out of curiosity, because Andrew doesn’t think Lacy has either the gumption or the cash to do what needs to be done.

When Lacy and Andrew meet the animosity is mutual. With the football field and cheerleading batons in the past, neither of them expect an instant attraction. Lacy is hesitant to give her heart to a man that has trampled numerous hearts before. Andrew is fascinated by Lacy and her ideas for the Inn, but he’s terrified of the way she makes him feel.

While Lacy and Andrew fight against their feelings, someone else is trying to make sure the old Saloon is never reopened.

Will Andrew and Lacy take a chance on each other? Can they stop the sabotage before there is nothing left to save? Find out now in the fifth installment of the Colorado Crazy Series and catch up with old favorites.
Autumn in Colorado is a ranch romance guaranteed to tease your senses and make you dream of cowboys again.

What price do you put on a collection that can only be sold on the black market? Was the old desert rat murdered for his?

Randy Jones had a secret collection of Native American artifacts he needed to be appraised immediately. But how do you put a price tag on an illegal collection? That’s the dilemma Marty Morgan finds herself in when she meets Randy. It’s a meeting that involves murder – Randy’s.

Join Marty, her boyfriend Detective Jeff, her psychic sister, Laura, and her black Labrador, Duke, who wears pink booties on the desert floor, as they search for the killer before he murders Marty.

This is the second book in the popular High Desert Cozy Mystery Series by a two-time USA Today Bestselling Author. 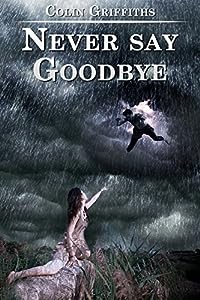 A supernatural fast paced thriller.
A young man murdered, a young girl kidnapped, an ordinary family with extraordinary powers, until now have been kept hidden, dare they use those powers to save the girl, and if they do what are the consequences? astral projection, smelling death and hearing voices are just a few in an extraordinary chase against time, running to a wonderful nail biting climax. Griffiths really knows how to create a gripping page turner, you will not be able to set down. The debut Novel from Griffiths has taken supernatural to a different level.

The Prairie Man
by I. J. Parnham

Tales about the specter of the night known as the Prairie Man were told to frighten children, but one day those tales nearly led to a tragic accident for Temple Kennedy. His friend Hank Pierce saved his life, Temple vowed that one day he would return the favor.
Fifteen years later the two friends grew up to lead different lives: Hank is a respected citizen while Temple is as an outlaw. But, when Hank was wrongly accused of murder, Temple is given a chance for redemption. He vows to save Hank or die in the attempt.
However, in seeking to unmask the real culprit his investigation leads to a man who isn’t even supposed to exist: the Prairie Man.