Every part of my body hurts this morning. My hands are so tight I can barely type. I knew I was going to be in pain today, that is why I didn’t stop chiseling the pebble shower floor up until it was completely done. That was by far the worst DIY home improvement chore I  have ever done in my entire life. BUT… it is done and now I can move on. On to the couch where I will spent my day binge watching movies on Netflix. I was thinking of re-watching all the Marvel movies. Both of my baby bassets and my hubby said they wish I would spend one day doing nothing, and today they will get that wish. I am not even going to change out of my nighttime pajamas into my daytime PJ’s. 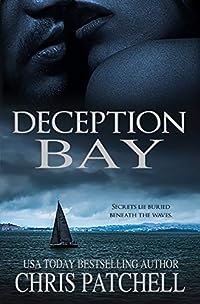 Together, can they stop a killer from tearing a small island community apart?

When wise-cracking cozy mystery author, Austin Martell, left his hometown on Whidbey Island for the bright lights of New York, he vowed he would never go back. But some promises are impossible to keep, and when Austin discovers that his mother has suffered a serious accident, he has no choice but to return. Austin soon learns that her accident may be no accident at all, and secrets that were laid to rest after his brother’s tragic death off the coast of Deception Bay, have now begun to surface.

As they close in on the killer, new dangers arise

Austin finds himself in the center of a real-life murder mystery, when Police Chief Ellie Sharpe uncovers a curious connection between the author and the death of a local businessman. Born and raised on Whidbey and trained as a New York cop, Ellie is smart, and tough, and determined to solve the mystery behind the killing before more people die. Sparks fly as the two pair up to figure out who is responsible for the murder. The closer they come to discovering truth, the more desperate someone is to keep the sins of the past from coming to light.

Someone close to Austin harbors a deadly truth. Can Ellie unmask a killer before Austin becomes one more secret buried beneath the waves of Deception Bay? 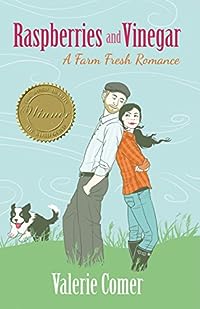 An opinionated local-food advocate falls in love with the junk-food-loving reluctant farmer next door.
Love her or hate her, Jo Shaw doesn’t much care. She’s a woman on a mission, joining her best friends in buying a dilapidated farm to prove that growing most of their own food and living sustainably is possible. Too bad she’s a city girl with little knowledge and less tact. She’ll learn – both people and gardening skills – or she’ll know the reason why!

Zachary Nemesek is back in northern Idaho only until his dad recovers enough to work his own land again. When Zach discovers three helpless (right?) females have taken up residence at the old farm next door, he expects trouble… but nothing prepares him for Josephine Shaw. Is her war on junk food most shocking, or is it her war on mice? Or maybe, just maybe, it’s that his disdain for her dogged ways turns into reluctant admiration.

But romance? How can the country veterinarian fall in love with a woman who’s more tart than sweet?

For a cop, there are too many ways to die. But Michael Prim never imagined sorcerers or demons were on the list.

He’s a freak, destined to be an outsider no matter how hard he works his beat. It’s not just his purple eyes and sometimes violent desire for justice that separate him from everyone around him. Destiny stalks him like prey, leaving casualties in its wake. And his father left him a legacy no man can face alone.

When a soul stealing sorcerer learns to harness the power of lost souls, demons and hellhounds are unleashed on the neon streets of Blue Point.

The Son of a Dragonslayer.

If you like your urban fantasy on the darker side, Dragon Badge will convince you the next 9-1-1 call could end the world. 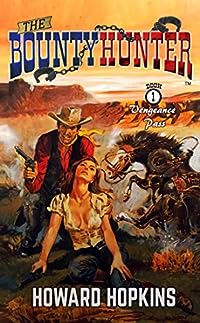 Johnny Laredo is a myth, a figment of a West hungry for a legend, a name whispered around campfires- or so everyone thinks. Everyone, that is, but former bounty hunter Jim Hannigan. Drawn to the peaceful Colorado town of Castigo Pass in search of the outlaw responsible for the murder of a banker’s daughter, Hannigan stumbles into an ever-deepening mystery. Promptly jailed as a suspect in the disappearance of a young woman, his troubles don’t end there. Concealed shooters, brutal hard cases and constant danger stalk him at every turn.

For the first time, all in one place, the award-winning books, “A Trip to the Hardware Store & Other Calamities,” and “I’m Not Talking About You, Of Course,” PLUS seven bonus essays. What a collection! If this doesn’t make you smile, then you’re not even trying.

“A Trip to the Hardware Store”
These humorous essays explore such quirky topics as: disastrous home repairs, (“A Trip to the Hardware Store”), an unfortunate dinner party (“Dinner is Served”), the truth about lazy people (“Lazy Bones”), the weird life of a debt collector (“Your Account is Past Due”) and obsessions with gadgets (“Gadget Girl”). Other essays examine how surreal the aging process is (“Where Did the Time Go?”), why you shouldn’t judge a person by their job (“Beyond Belief”), and how to complicate simple transactions (“High Finance”).
“I’m Not Talking About You, Of Course”
A collection of humorous insights into important topics ranging from annoying pet people (“I’m Not Talking About You, Of Course”), to analyzing your inner child (“Irrational Fears”), to living like the Amish in the aftermath of a hurricane (“A Jolt of Electricity”). Other essays examine just how much damage can be caused by a sneeze (“It All Started with a Loud Sneeze”), why it is so complicated to buy a tube of toothpaste (“Ask Me No Questions”), how a parent’s obsessive hobbies can become an inescapable vortex (“Crazy Hobbies”), and why spending the night in a sleep clinic is like being abducted by probing aliens (“Nightmare at the Sleep Clinic”).

If you don’t see yourself in each of these entertaining essays, then I’m not talking about you, of course.