Who Let The Bunnies Out?

For a nice little change today I  am going to decorate for Easter. With all the scary news that we are all bombarded with every day, I think a few bunnies and colorful eggs are just what we need. My baby bassets seem to be handling this pandemic rather well. They are all settled in using Zoom for schooling, they do all their homework, and I remind them daily to call their friends to stay in touch. I wish I could say that I am staying in my home, but work has been requiring me to go outside. The non-profit I work for has been feeding the elderly who are unable to go out for food. I handle all the packaging. It’s essential, but I still worry and stress. So these bunnies are just what I need. 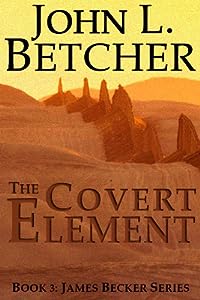 BY A USA TODAY BESTSELLING AUTHOR.

But they could never have anticipated the new source of crime and intrigue in their small community. A Mexican drug cartel has set up shop a few miles down the road. And they’re not just selling. The new meth production facility is the largest north of the Rio Grande.

To complicate matters further, Terry “Bull” Red Feather’s former comrade-in-arms has come to visit. And he’s on a mission. His decades-long assault on the cartels is coming to a head. His plan is to blow up the drug plant… if he can find it. He wants Bull to help.

The Beckers’ challenge? To dismantle cartel operations before a full-blown drug war breaks out in Red Wing.

THE COVERT ELEMENT has the characters you love, battling the cartels you’ll learn to despise. 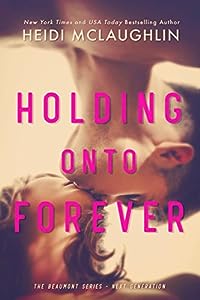 Holding Onto Forever (The Beaumont Series: Next Generation Book 1)
by Heidi McLaughlin

The road for Noah Westbury has been carved out for him, long before he knew who his father was. Making sure he worked hard to deserve the opportunities provided to him, Noah is where he’s dreamed of being – starting QB for Portland Pioneers. Together, with his model girlfriend by his side, life can’t get much better. Except that standing in his path is Peyton Powell-James, his life-long friend and the one woman he can never have.

Peyton Powell-James always knew her future would be in football and dreams of having a successful sports journalism career once she graduates college. After being given the assignment to cover a professional game from the sidelines, Peyton believes that everything is going to plan. Until one fateful night changes her life.

Harsh reality sets in for Noah and Peyton. One could lose everything, while the other struggles to keep the families together. 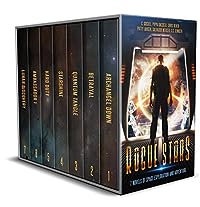 Sometimes you have to go Rogue…
Jump into seven full-length novels exploring the last great frontier. Rogue Stars has alien invasions, artificial intelligence, galactic intrigue, and heroes that will defy orders to do what is right.

Blast off to new worlds. Download this collection today.

Archangel Down – C. Gockel
Commander Noa Sato doesn’t believe in aliens. She’s wrong. In the face of genocide she must hatch a daring plan with a ragtag crew to save the lives of millions — and her own. Every step of the way she is haunted by the final words of a secret transmission: The archangel is down.

Betrayal – Pippa DaCosta
She is programmed to kill. He’ll do anything to survive.
In a world where only one thousand synthetics were built, synthetic #1001 should not exist. She is no ordinary synth and the memories locked inside her code could bring the entire Nine systems, an ex-con Captain Caleb Shepperd, to their knees.

Quantum Tangle – Chris Reher
A deep cover agent fights to keep the enemy as well as his own people from taking control of a strange alien that has invaded his ship, his mind and his life. It’s high adventure in deep space where the voices inside your head are all too real.

Starshine – G. S. Jennsen
Space is vast and untamed, and it holds many secrets. Now two individuals from opposite ends of settled space are on a collision course with the darkest of those secrets, even as the world threatens to explode around them.

Hard Duty – Mark E. Cooper?
In the far future, nanotechnology will be all that keeps us alive in a brutal war with the Merkiaari. Into this war-torn galaxy a courageous Marine, an alien geneticist, and a broken hero will unite in common cause to oppose the coming onslaught.

Ambassador 1 – Patty Jansen
In Coldi society, you can get killed for looking a superior in the eye. Never mind accusing him of murder.

Lunar Discovery – Salvador Mercer
Alien technology has been discovered on the moon, and NASA scientist, Richard “Rock” Crandon must lead a desperate race to get there before America’s rivals. But it isn’t just the fate of Earth that is at stake in this exciting adventure. 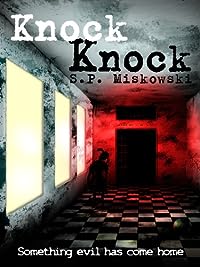 Nominated for a Shirley Jackson Award — At the center of S.P. Miskowski’s novel-length fable are Ethel, Beverly, and Marietta, best friends stuck in the backwater of Skillute, Washington. Their neighbors and families are petty or poor or both; but when these townies warn the girls not to wander into Skillute’s dense forest, they mean it. Something evil lurks there. The girls are not convinced. They wander into the woods, and their mistake unleashes a malignant spirit that terrorizes Skillute for the next fifty years. 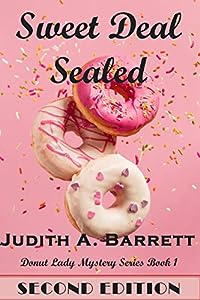 Convicted felon Karen O’Brien completes her prison sentence, but she can’t shake the haunting shadows and terrifying nightmares or walk away from her prison ties after a close friend is murdered.

She moves to her hometown in southern Georgia and buys a charming, old-fashioned donut shop, complete with the owner’s dog, cat, and secret recipes. Karen O’Brien begins her new life as the Donut Lady. 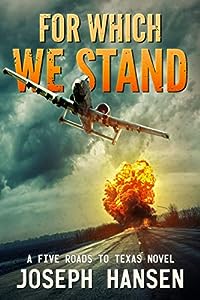 For Which We Stand: Ian’s road (A Five Roads To Texas Novel Book 3)
by Multiple Authors

El Paso wasn’t the Promised Land that Ian and his crew had hoped for but it wasn’t a total bust either. The concept of a safe haven in today’s world was a fool’s errand at best. This was the consensus of their tiny band and to keep moving, their only salvation. While others waited in their pens the four from the private security company moved on taking on as many they could help, in hopes that they too would join the fight. Their journey was long and arduous but it was worth it… they hope.
El Paso is where the final evidence that this is more than a simple lab experiment gone wrong. It was too focused with too many players who knew too much too early in the game causing assumptions to be made. Assumptions that gained strength with every step they took until the small troop was convinced that this was not just a simple virus of natural origins, America was under attack.
For Which We Stand is a post-apocalyptic thriller that lends credence to the fears that many share. Is it possible? No one can say, Five Roads to Texas is but one of hundreds end of the world scenarios. We all know it’s coming, how and when is the only question.