If you are feeling a bit blue this morning the best cure I can find right now is watching Dame Judi Dench’s grandson trying to stump her with cute and funny little riddles. The riddles are fun, and watching a grandma and her grandson goof around is the grandma goals I aspire to achieve someday. My sweet baby bassets have a long time before they have kids of their own, but when they do, you can be sure I will be right there knee deep in Legos, giggling away, telling goofy dinosaur jokes. 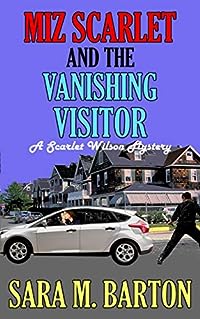 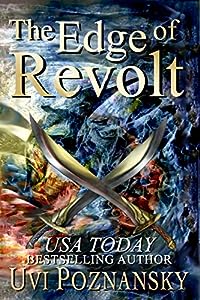 The last thing David expects is that his beloved son will topple him from the throne. The betrayal threatens not only his life but also his legacy. Coming back to power will put Absalom in danger. Is David ready to counter his next move?

For now, he remains silent, even as Amnon rapes Tamar, even as Absalom lures Amnon to his death. In families other than his, such crimes may be concealed. But when they occur in the king’s family, they affect matters of the state and force him to escape. Will he finds a way to quell the revolt and come back to the City of David?

This is a standalone novel as well as volume III of the trilogy The David Chronicles, told candidly by the king himself. David uses modern language, indicating that this is no fairytale. Rather, it is a story that is happening here and now. If you like ancient historical fiction about court intrigue, this king David novel has a modern twist like no book you have read before. 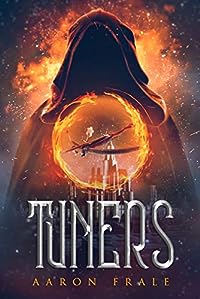 Being too close to the truth got Jon Xiong’s mother killed. While searching for answers, a murderous cult shows up at his door.

A secretive organization called the Tuners comes to his aide and teaches him about his rare ability to travel between worlds called tuning.

He grapples with his new superpower and is stuck between those who would maintain order in the multiverse and those who would destroy it. Jon must avoid the same gruesome fate as his mom and figure out what happened to his family. 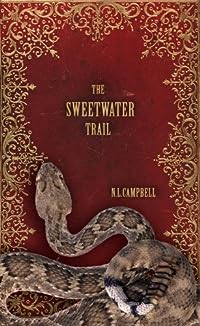 The Sweetwater Trail (The Brides of Ardent Book 1)
by N. L. Campbell

Felicity Sinclair slept between silk sheets in New York… but on the trail to the Oregon Territory, she’s awake at night, wrapped in a quilt of regret. Her father’s railroad swindle cost Felicity everything, including her engagement to Edmund Ormond.

But Felicity isn’t the demure debutante she appears to be. She rolls up her lace edged sleeves to survive the trail to the Oregon Territory, a journey of 2,000 miles of trial and error, where every mile travelled is drier than the one before. Where the game is scarce and the graves common, and life depends on keeping the oxen alive.

Rye Jones, with eyes as cold as a Kansas river crossing, studies her at night over the campfire. How much of her father’s deceptive wiles did Felicity inherit? The wagon train leader invested in the Garrety-Brown Railroad and lost his medical practice, his wife and his child. But Rye is drawn to Felicity by her determination to leave her past in the prairie grass.

Felicity must choose: a scratched out existence in the Oregon wilderness with Rye or escape to a life of ease in New York with Edmund. 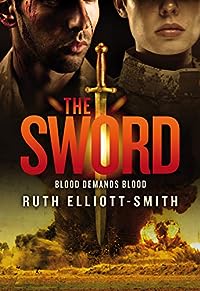 A BEAUTIFUL HOSTAGE. A BORN WARRIOR. A SADISTIC KILLER
The battle for Jerusalem is won and lost. The dust of the Six Day War settles. A feisty British heroine and an Arab war hero are trapped in a tangle of deceit and treachery, manipulated by a deranged extremist intent on toppling the region’s fragile stability. Their fight brings carnage, terror and despair but ignites a passionate affair in their frantic quest for survival and revenge.

The Sword is a compelling novel which keeps you on the edge of your seat with multiple red herrings and intrigues till the final twist on the last page.