I Jumped Right In

I am finally doing it. I just jumped into the world of making my own sourdough bread. I started off by searching YouTube for how to videos, because I am too lazy read directions. I also searched for quick and easy recipes, because..well… I’m lazy. I watched the video a few times, found a jar, added 1/2 flour and 1/2 water. Now I wait. I am feeling all homesteady and awesome already! 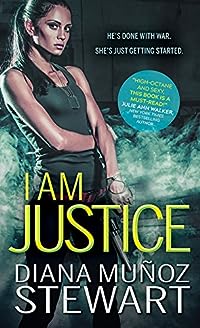 She’s a vigilante assassin. He’s a Special Forces vet running a humanitarian group.
Their white-hot passion can change the world — if it doesn’t destroy them first.

Justice Parish is ready to start a war. Rescued from the streets by the world-renowned Parish family, she joined their covert sisterhood of vigilante assassins. Her next target: a sex-trafficking ring in the war-torn Middle East. She just needs to get close enough to take them down… 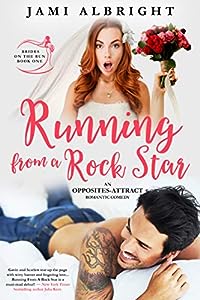 Running From A Rock Star: An opposites-attract romantic comedy (Brides on the Run Book 1)
by Jami Albright

Scarlett Kelly is the poster child for responsible living. Growing up as the daughter of the town floozy, she’s made it her mission to be the exact opposite of her mother. So when she wakes up naked and hung over in bed with a bad-boy rock star, she bolts immediately. There’s just one problem: Scarlett’s bedmate is her new husband.

Gavin needs to repair his image or his music career will go down the tubes. He’s also just learned he has a son he never knew existed. He needs to settle down, and bribing his new wife to stay married may just fit everything into place.

Scarlett agrees to the ruse to help her family’s financial troubles even though she can hardly control herself around the rock star. As they search for Gavin’s son, will their unlikely matrimony give them exactly what they’ve been missing or send them packing? 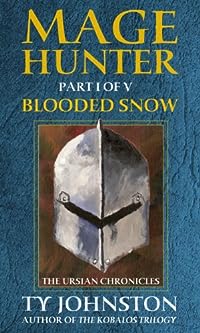 A hunt for raiding barbarians turns upon the hunters.

But far worse is to come for the sleepy villages of northern Ursia and the soldiers who protect the villagers. The Dartague barbarians have had enough of the Ursians encroaching upon their mountainous borders, and the raids are but a feint to draw out soldiers while a much larger attack is in the works.

His squad mates slain, Sergeant Guthrie Hackett finds himself alone in the winter wilderness on the border between his homeland and the nation of barbarians. He discovers the Dartague have a new leader, a wyrd woman who is behind the border assault. Worse yet for the sergeant, he has fallen under the attention of an ice witch, an inhuman creature with secret goals of her own.

Seeking to survive, Hackett tries to make it back to his own countrymen, only to find there is relatively little safety for him anywhere in the northern regions. 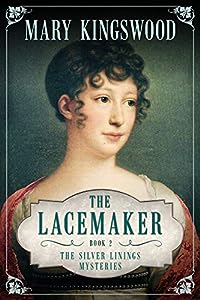 A traditional Regency romance, drawing room rather than bedroom.

Caroline Milburn and her younger sisters live in two cramped rooms, struggling to survive by their skills in lace making and weaving. When their previously unknown grandfather drowns on the Brig Minerva and bequeaths them a cottage in the country, their lives seem set to improve. But where will the daughters of a linen draper fit into rural life, now that they are better off? How will Caroline find husbands for her younger sisters? Why have purses of money been buried in the garden? And why are the neighbours so interested in them?

Charles Leatham was happy in the army, where all he had to do was to follow orders. With both his older brothers dead, he’s forced to return home and he knows where his duty lies – he must marry, and soon, to secure the inheritance. He doesn’t care who he marries, but why is his step-mother so keen to pair him with the ill-bred linen draper’s daughter? She’s a termagant and a shrew, but he always follows orders so he resigns himself to the inevitable. At least she’ll be grateful for the offer… won’t she?

This is a complete story with a HEA. Book 2 of a 6 book series. 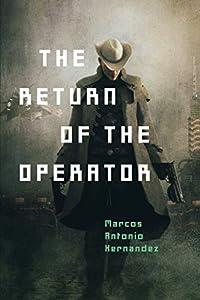 The Return of the Operator
by Marcos Antonio Hernandez

The Operator is just passing through.

That’s what he tells the people of the polluted, rat-infested bottom levels of the city: just a man and his dog, Fenix, moving along from the dusty badlands en route to somewhere other than here.

But in a world where the wealthy and important occupy the higher levels of the massive towers above the impenetrable smog, the dregs of society left to fend for themselves down below, why would someone choose this place? Why would someone choose to stay in a pool hall with no patrons beyond the deactivated androids who took a seat at the bar one day and never left? Why would someone let himself be pulled in so immediately by a man as dangerous as Bacas, the government enforcer who runs the district from within the Suerte casino?

Soon the Operator is playing both sides of a gang war. He’s seeking out evidence against Bacas in abandoned railway tunnels occupied only by the deformed midliners. And whatever purpose brought him here — whatever addiction — it may well be more than one man and his dog can handle.

The Return of the Operator is the exciting second sci-fi thriller from Marcos Hernandez.