On my walk this morning around 11:15 and I ran into one of my neighbors. She was enjoying a glass of red wine while watching her hubby work in the front yard. Everything about that scene was beautiful. I had to giggle. At first I thought red wine this early was a bit odd, but we live in Sonoma County. A place known all over the world as Wine Country. People all over the world make this place a holiday destination, visiting the wineries and tasting the exquisite wines. So… wine at 11:30 around here is okay. Seeing someone else do the front yard work was so fantastic. I gotta try this with hubby. I will get the wine for myself and ask him to mow the lawn. This should go over well. 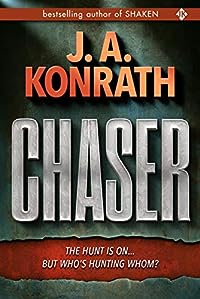 Retired cop Jacqueline “Jack” Daniels and her ex-criminal husband Phineas Troutt have made a lot of enemies over the years. But none worse than The Cowboy, a gunslinging nutcase who wants to slaughter them both, and Hugo Troutt, a gang leader who has been plotting revenge against his younger brother for over a decade.

Separately, these baddies are formidable. Together, they are unstoppable.

But Jack has even more hell to deal with. She and her former partner, private eye Harry McGlade, are in L.A. chasing an insane plastic surgeon who specializes in disfiguring his victims. And Jack’s colleague Tom Mankowski has problems of his own with a snuff film auteur named Erinyes.

With four psychopaths on the prowl, Jack, Phin, Harry, and Tom will need to call on some old friends if they hope to get out of LaLa Land alive…
This thirteenth Jack Daniels novel brings together villains from Konrath’s thrillers WHITE RUSSIAN, EVERYBODY DIES, and WEBCAM, along with heroes from SHOT OF TEQUILA, THE LIST, WHAT HAPPENED TO LORI, and FLEE, for the ultimate West Coast showdown.

CHASER by J.A. Konrath
The hunt is on. But who’s hunting whom? 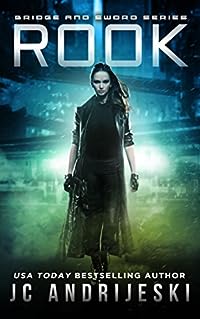 In a world populated by a second race, having the wrong blood can be deadly.

Raised human, Allie lives in a version of Earth populated by seers.

Psychics enslaved by governments, corporations and wealthy humans, seers are an exotic fascination, one Allie knows she’ll likely never encounter in person, given how rich you have to be to get near one.

Then members of rival seer factions show up at her work.

Soon Allie finds herself on the run from the law, labeled a terrorist and in the middle of a race war she didn’t even know existed.

When Revik tells Allie she’s the Bridge, a mystical being meant to usher in the evolution of humanity–or possibly its extinction–Allie must choose between the race that raised her and the one where she might truly belong.

NOTE: An alternate version of this book was previously published as book 1 in the “ALLIE’S WAR” series (this version has been heavily revised/edited prior to re-release).

THE BRIDGE & SWORD SERIES is a dark, gritty science fiction and apocalyptic series with strong romantic elements, starring Alyson Taylor and her partner, dark and dangerous infiltrator, Dehgoies Revik. For fans of gritty, character-driven science fiction and fantasy worlds, filled with twists and turns and backstabbing betrayals, with heroes and villains who can be equally relatable (and sometimes the same people). The Bridge & Sword books span continents and historical periods as Allie and Revik try to save the human and seer races from destroying one another, and keep their friends and loved ones alive in the process.

The world is dying. Everyone feels it, and yet… no one knows.
They said that when the end was near, a Bridge would come, and lead them out of the darkness of that dying world.
My name is Allie Taylor, and I am that Bridge. 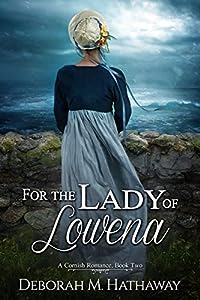 For the Lady of Lowena (A Cornish Romance Book 2)
by Deborah M. Hathaway

Tired of the smoke, the smog, and the spoiled females of London, Frederick Hawkins leaves the city behind and purchases an estate in Cornwall, longing to escape his mother’s meddling — and to find a wife worthy of his devotion. When he happens upon a barefooted lady asleep on the beach and rescues her from the incoming tide, he believes he has found such a woman. But first impressions can’t be trusted.

Born into wealth, Sophia Rosewall is offered everything on a silver platter. That is, until her father reveals he has lost their fortune and can now no longer fund their affluent living. Even worse, the intriguing gentleman who’d rescued Sophia on the beach is no one else but the pretentious man now taking possession of her home. Uprooted from everything she has ever known, Sophia relocates to Lowena, a small cottage at the edge of the sea. She clings to her former life, but when Society rejects her, nothing will ever be the same.

As their paths continually cross, Frederick begins to see glimmers of the carefree Sophia he’d first met on the beach, and he cannot help but hope that there is more to the woman than a love of wealth and attention. He does what he can to help her find confidence in her new life and allow her true self to shine forth, but only Sophia can stop attempting to change her circumstances, and instead, change her heart. 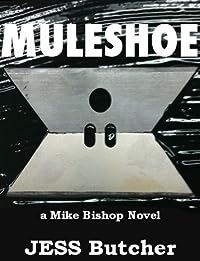 A dark secret lies buried in Muleshoe, Kansas; a secret with roots dating back to the Civil War and a thwarted mission to assassinate President Abraham Lincoln. When Mike Bishop arrives in Muleshoe seeking a legendary cache of rare gold coins, he enlists the aid of local Sheriff Laura Moss. The Sheriff cautiously joins Bishop’s search and together they discover a link between the gold and an unexplained series of grisly murders spanning more than a century.

But others are racing to recover the treasure as well. The line between good and evil blurs as Bishop and Laura struggle to survive a murderous local legend… a legend that promises to turn the Kansas prairie black with blood. 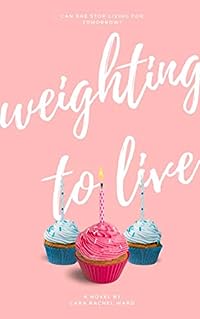 ‘I’m sprawled on the sofa holding my stomach tenderly with floppy fingers… I am never eating again. The Queen is talking to the nation, but all I can think about are the falafels in the fridge.’

She can’t wait to finally start living, but first she must lose weight and stop pulling out her eyebrows then everything will be perfect. Weighting to Live follows one woman’s struggle to stop living for tomorrow in the midst of the illness of her beloved grandmother, a miserable boss, a crazy family, inner demons and a lack of self-belief.

Along the way she might find true love… and a cat called Nigel.