MAY THE FOURTH BE WITH YOU!!!!

There was a long period of time when I didn’t go out into the garden yesterday. I had laundry to do (despite the fact that I told everyone to wear the same thing every day) and a bit of cleaning around the house. When I realized I hadn’t checked on my bees and plants in for a few hours, I actually went out expecting things to look different.  I was a bit concerned when I noticed nothing had changed. NOTHING! I had been gone for two hours. That’s just crazy. How can that even happen? Day 363828762 of the quarantine. 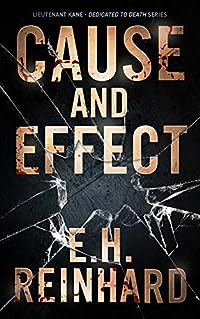 Cause and Effect (Lieutenant Kane Dedicated to Death Series Book 4)
by E.H. Reinhard

Cause and Effect: Book Four in The Lieutenant Kane Dedicated to Death Series.

A robbery of a local jewelry store and the murder of the owners send Tampa homicide lieutenant Carl Kane to the scene.

The wife’s body has been bound, the husband’s shows signs of the same, and the two have been executed.

The targeting of the murdered couple and the circumstances surrounding the robbery all point to the same suspects. Yet just as Kane gets close enough to act, the case takes a turn toward the unknown.

Lieutenant Kane will do everything in his power to track down the man responsible and bring him to justice.

For the killer, nothing matters except getting away, and that “nothing” includes human life. 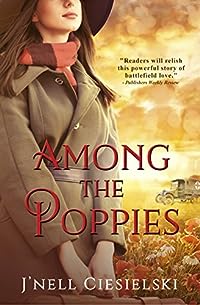 Among the Poppies
by J’nell Ciesielski

The ideal lady wears lace, speaks quietly, and never — under any circumstances — fixes an automobile. But Gwyn Ruthers has never cared two snaps about being the ideal lady. With the war to end all wars exploding across the English Channel, she leaves behind her restrictive life as a chauffer’s daughter to serve in an all-female ambulance unit in France. She’s not about to let her social status or gender prevent her from serving her country. Not even a handsome captain can distract her from her mission. Most of the time.

Captain William Crawford wouldn’t wish the ravages of war on any man, much less the captivating woman who insists on driving into battle instead of staying safely at home. He can’t deny that the troops need more medical help, but not when it puts innocent women in danger. How can he lead his men against the Jerries while worrying about Gwyn’s safety?

Bound together by circumstances, Gwyn and William can’t stop the love growing between them. Can their relationship survive, or will it become another casualty of war? 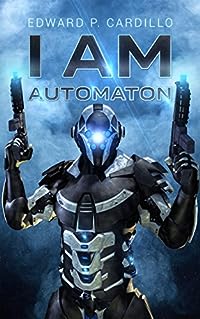 It’s combat on the razor’s edge, and fighting side-by-side with ravenous corpses takes its toll as the drones take a piece of the soldiers. Go ballistic with Sgt. Peter Birdsall and Pvt. Carl Birdsall of the Insidious Drone Program as high-tech warriors hunting enemies of freedom and 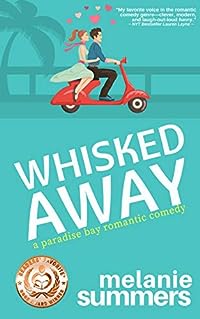 At twenty-seven years old, Emma Banks has big plans for her life. After graduating from the prestigious Culinary Institute of America, she’s ready to take her place as head chef at one of her family’s resort restaurants. But upon arrival at Paradise Bay, she’s shuffled off to the resort’s new private island getaway, where she’ll be stuck catering to the rich and shameless. Her first assignment is to serve Pierce Davenport, an infuriatingly arrogant writer with a palate that’s about as adventurous as a plain boiled potato.

Pierce Davenport is living every author’s dream — his critically-acclaimed Clash of Crowns books have been turned into one of the world’s most-watched television series. The only problem is, he has no idea how to end the epic fantasy tale. After two long years, his fans are turning on him, his publisher is panicking, and the network executives have announced they’re hiring a team of scriptwriters to finish (a.k.a. ruin) his legacy for him.

In dire need of solitude, he escapes to the Island of Eden for two distraction-free months so he can pull off the impossible — write an entire novel from start to finish. All he wants is peace and quiet, but when disaster strikes, he’s forced to rely on irritating-but-beautiful Emma to deliver more than just three meals a day.

Putting Pierce and Emma together is like combining orange juice and toothpaste. Will their differences be their ruin or will they be the secret ingredient to each other’s success? 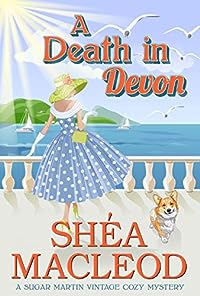 Cocktails, capers, and corgis in 1948 England!

After receiving a letter about a mysterious inheritance, Sugar Martin hops a plane from the West Coast of America to exciting post-war London. However, everything is not as it seems, and Sugar finds herself stuck in England for the foreseeable future. Fortunately, she’s also been offered a job. Unfortunately, that job means going undercover to solve a series of thefts at manor houses in Devon, England.

Determined to prove her worth, Sugar sets out to find the thief amongst the glittering houseguests, and instead stumbles across a murder victim. With the dubious help of a grumpy corgi and a handsome Englishman, she’s on the hunt for a cold-blooded killer.

From the author of the popular Lady Rample Mysteries comes the first book in the Sugar Martin Vintage Cozy Mysteries set in post-WW2 London.