On The Wild Side

For my youngest baby basset’s end of year report he chose the Minotaur. A mythical creature that has the head and tail of a bull and the body of a man. Sounds interesting, until you realize that you need to make a costume. So far I have gotten as far as using toilet paper rolls as the horns. I am not a costume maker in the least bit. My poor kid is going to be wrapped up in a light blue bed sheet with toilet paper rolls on his head. I hope he remembers all the good things I have done for him since the day he was born, while he is standing in front of that screen, Zooming with the class. I know the other moms. They are masters at this stuff. I will have a small cake ready for him after his presentation.

From Anthony and Agatha Award-winning author Elaine Viets — the thrilling mystery series about one woman trying to make a living… while other people are making a killing.

The Superior Club is where Fort Lauderdale’s wealthiest — and snobbiest — come to play. But for Helen Hawthorne, it’s all work and no play. As a customer care clerk, it’s her job to cater to the clients’ every little whim and take care of their every little problem.

But Helen has a very big problem of her own. After an acrimonious reunion with her ex-husband Rob, she ends up belting the bum in the mouth — which invites suspicion when Rob goes ominously missing. And when a club employee and a philandering member are found beaten to death with a golf club, the police assume Helen was the deadly duffer.

With her freedom — and yet another job — on the line, Helen has no choice but to prove that someone else at the high-class club is a low-down killer… 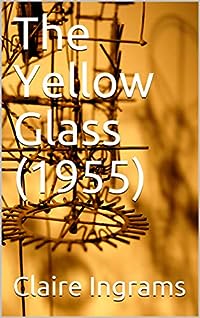 The Yellow Glass (1955)
by Claire Ingrams

London in the spring of 1955 and someone’s impregnating glass with vast quantities of prohibited uranium and selling it to the highest bidder. The Secret Services suspect Finnish glass importer Arko Arkonnen, a thug with a file a yard long. Spy (and ex-thief) Tristram Upshott has recruited his niece, Rosa Stone, to be a mole at the offices of Heaviside Import/Exports. 19 years young, a Cambridge drop-out and serial absconder, Rosa’s not an obvious candidate for this line of work. However, Rosa possesses an unusual ability; she’s got a photographic memory. Tristram and Rosa’s quest to solve the mystery of the yellow glass will take them from London coffee bars and jazz clubs to the Kent coast and a gigantic uranium distillery secreted inside one of the white cliffs of Dover.
Exciting, funny, outrageous and down to earth, this is a spy story with a difference.

Hello Again (In The Garden Book 1)
by Heather Tullis

Ten years ago Reece broke Piper’s heart. Now he stands between her and her dreams. Can they put the past behind them and work together?

It’s been ten years since Piper Daniels had her heart broken by Reece Stone, President of Stone Enterprises. She would happily let another ten years pass, if it weren’t for the community garden she’s trying to start. It is just her bad luck that the abandoned lot she wants to use for the garden belongs to his company.

Normally Reece doesn’t handle the details of donation requests personally, but when he sees her name on the introductory letter, he can’t stop himself. He royally messed things up with Piper when they dated before, but he’d never been able to forget her. Helping her navigate the unexpected roadblocks to getting her garden would help make that up to her. And if he is really lucky, maybe he can convince her to give him a second chance. 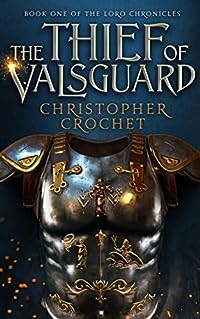 The legendary Greys are back, and villages are burning with no one to stand in their way. An unlikely band of friends might have the only tools to challenge them.

As an orphaned outsider, Damien has worked his entire life to earn a place in the modest kingdom of Lakefall. His hard work does not go unnoticed by King Simeon who has always had bigger plans in mind for the young soldier.

Rowan left his old life years ago to settle down for a quiet life with his wife and daughter. The retired hero is thrust back into action against his will but discovers he may have missed being called the Dragonslayer by the citizens of Westland City. As his legend continues, he must confront the deeper layers of his secret ability.

Russam has completed a fifteen-year scavenger hunt to find a map that his father gave him directions to on his death bed. When he finds more than he can handle, he’s sent on another search for the famed Dragonslayer, Rowan Everleigh.

Isabella has always dreamed of moving to Westland City and attending the university. When she learns her parents have hidden her father’s famed past from her, it changes everything. She soon finds herself on an adventure armed with a secret of her own.

When the four of them are put together, they soon realize that it is more than just coincidence. Gods, wizards, and ancient bedtime stories will all have a hand in the outcome of this epic fantasy adventure. 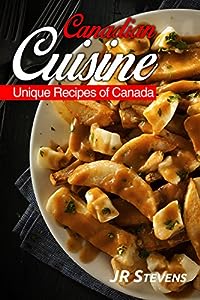 Canadian Cuisine: A Cookbook of Authentic Recipes of Canada
by J.R. Stevens

Canadian Cuisine is a collection of more than 50 authentic Canadian Recipes. Real Canadian Cooking is a mix of French, Canadian, and North American style cuisines from bacon to maple to poutine. And you will learn them all in this cookbook! This cookbook will teach you an effortless style of Canadian cooking that will produce amazingly delicious and tasty meals.

Enjoying Canadian food is as easy as going to the local grocer and grabbing some fresh meats and spices! Remember authentic Canadian Cuisine is a fusion of many great cuisines and you will learn them all in this easy to follow cookbook.