I could be wrong, but it sounds like we have another month of staying in place. I think I will treat this month like January and try to think of it as New Years. I am going to make this a month to exercise and eat right. The bonus to this New Years Resolution is we have nice weather, so I can go on lots of walks around the neighborhood without the worry of rain. Although, it did rain on Saturday, but that was just for a few minutes. I consider that less like rain, and more like a watering session that got a little out of hand in the garden. This is also a good time to cut back on sugar because I finished my baby basset’s Easter Candy. As long as I can resist buying anymore junk food I am golden. So this is the stage in the quarantine I am at, the “I’m going to eat right and exercise” stage. I still haven’t gotten to the cleaning out the closets stage yet. I just can’t! 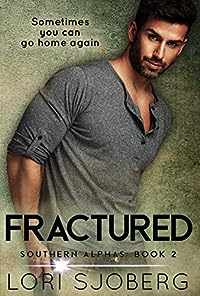 Carter Phillips has returned from multiple deployments, and he’s brought a few demons home with him. War has left him scarred, inside and out, and he’s counting on the peace and isolation of his family’s farm to keep his head screwed on straight. What he doesn’t bargain for is Amy Williams, the new horse trainer. She’s kinder than he deserves, tougher than he expects, with a hidden core of vulnerability that triggers his need to possess and protect her.

Amy has finally pieced her life back together, after being forced to give up everything and assume a new identity. Now she’s safe, no longer the target of accusations and death threats — but she’s also alone. The only danger to her secrets and her celibacy is Carter Phillips, smoking-hot former Marine — and her boss’s brother. With each passing day, she finds it harder to lie to him about who she is — and who she wants.

Neither of them wants to talk about the past, but the more time they spend together, the closer they become. When the truth comes out, will it set them free or tear them apart forever?

***A sizzling standalone romance***
***Each book of the Southern Alphas Series follows a different couple.***

She made a carefully planned getaway that she thought left no trace…
After twenty years of hell, Pauline decides to leave her abusive husband. Her escape has been meticulously planned so that he will not be able to find her.

In her temporary hideaway on the Cornish coast, Pauline begins to relax and enjoy life again exploring the beach and taking in the simple rural charm. She plans a new life and savours her new found freedom.

Then some strange things begin to happen which make her question her choices.

When her past catches up with her, it will not be at all what she is expecting.

Follow Pauline’s journey in this gripping, suspenseful thriller you will not be able to put down. 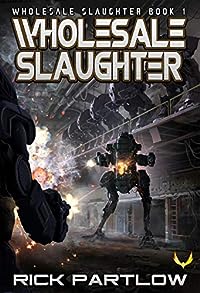 A king can’t defeat an army of lawless pirates. But a mercenary can.

Logan Conner is the son of a king, the heir to the largest of the five star-dominions, and the best mech pilot in the galaxy. His people are plagued by pirates and raiders, surrounded by enemies, and not even his father can fight them all.

Logan gives up his position, his rank, even his name, and becomes Jonathan Slaughter, leader of a rough-and-ready band of mercenary mech-jocks, bent on taking the battle to the enemy on their own terms.

They’re Wholesale Slaughter. Kicking ass is what they do.

Get book one in this thrilling and unpredictable Military Sci-Fi Adventure Today! It’s perfect for fans of JN Chaney, Jay Allan, and Joshua Dalzelle. 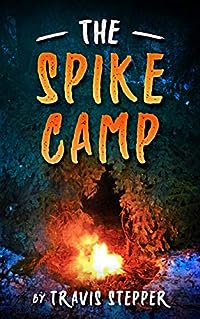 The Spike Camp
by Travis Stepper

Spike camp: a remote backpacking camp generally used for hunting and forestry.
Luke, a welder in his early thirties, takes a week off work to hunt deer alone in the northern Cascades wilderness during the rut. Extra snowfall motivates him to try a new hunting spot that he had scouted out on a previous hunt. Once there, a series of events challenges Luke’s hunting and survival skills.
The story draws from decades of personal experience and the experiences of others. It is a must read for anyone tired of overdone scenarios and unrealistic events. 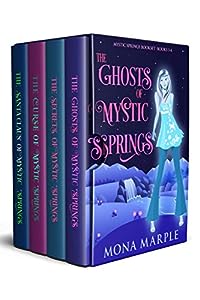 Welcome to Mystic Springs, where things definitely go bump in the night…

If you like ghosts, witches, mediums and more mixed in with your cozy mystery murders, you’ll love Mystic Springs!

So come along and join the fun.

We’re dying to meet you.