Do You Think They Are Marauding?

I thought my only problem with the neighborhood cats was them pooping in my front yard. NOPE! We have a whole new issue. New neighbors, three new cats, and one of them doesn’t understand personal space. Or for that matter property lines. One of the other neighbors found that the extra lovable cat under his bed. The cat somehow made it past the two not so cat friendly dogs and went to sleep under his bed. WHAT?? Last night hubby found the kitty poking his head through the our dog door that goes to the backyard. Scared the living padoodle out of Casper. He refused to go out for his bedtime pee unless I went out with him. No shame Casper. Cats are sharp. I get that. So now we have a big issue. I can’t have this guy coming into my house when I have an elderly cat,  that if he gets in a fight, won’t make it through any surgeries to fix the damage. Drastic times calls for drastic measures. Looks like I will need to have a squirt bottle filled with water on me at all times. I gotta defend my property against marauding cats! 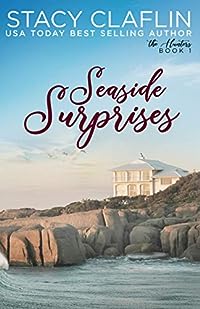 Tiffany hopes to pick up the pieces of her life in California. She soon catches the eye of Jake Hunter, but he has secrets of his own…

When Tiffany Saunders winds up stranded in a seaside town, she wants nothing more than to forget her past and keep moving. But a chance meeting with a handsome local changes everything.

Jake Hunter has some deep emotional scars and is trying to cope with running the family business on his own. The last thing he wants is a relationship — until a mysterious brunette walks into his store and complicates it all.

Tiffany prefers to keep the painful memories of the past where they belong — in her rearview mirror. But dark secrets cannot stay hidden forever.

Just as the walls around Tiffany’s heart start to come down, the past catches up with her. She needs to rely on Jake, but sharing the truth could put him in danger too. 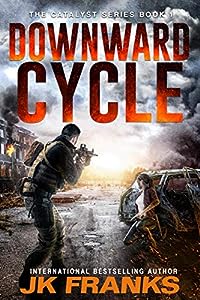 If the world fell now, would you be able to survives?

“Writing of this order is too rarely encountered and even for those who usually avoid post-apocalyptic stories, this one is so well conceived and written that it supersedes genre and is simply fine writing.”

When a sudden, unexplained blackout slams the world into darkness, Scott Montgomery a handful of survivors have to move beyond what was lost to focus on survival. Here in the early days of the collapse, power, Internet and communication networks eventually go down… a deadly pathogen escapes overseas… then someone launches an opportunistic attack against military bases in the United States — The resulting chaos triggers an even more cataclysmic downward cycle of events.

With the United States and much of the world is crippled, opportunist and evil begin to rise up to fill the void. This gritty, edge-of-your-seat post-apocalyptic adventure chronicles the harrowing journey of ordinary people trapped in an encroaching dark age. The apocalypse meets the one man who just won’t give up in an epic struggle for control over the very future of the country and us as a species. Montgomery is the ‘smart and capable hero’ we need when disaster strikes, and the bonds of society inevitably begin to shatter.

With the situation in his small town on the gulf coast is collapsing faster than predicted, his personal rescue mission deep into the heart of an unfamiliar and hostile territory seems destined to fail. Pursued by a ruthless militia group, and forced to navigate a treacherous landscape, he runs a gauntlet of grim decisions and impossible odds to reach possible sanctuary. Soon he realizes nothing is safe in the world emerging after the “event” 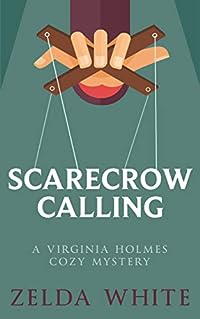 The past has come to haunt Detective Virginia Holmes as the infamous Scarecrow Killer strikes again… and this time, Holmes is the victim! With poison running through her body and only hours to live, she’ll need to employ every trick in the book if she wants to solve this case! 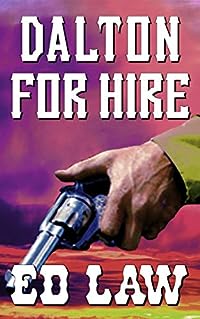 When Dalton holed up in Yellow Creek he tried to put his past behind him. But for a wanted man there can be no peace and he soon finds himself as wealthy Raphael Huffman’s hired gun. Now, with a carpetbag bulging with money to guard in a town bristling with gunslingers, it isn’t long before somebody risks Dalton’s ever-ready gun.
But Dalton didn’t expect the money to be stolen from right under his nose and, even worse, for the prime suspect to be his good friend Ryan Foxglove. Despite the numerous killers standing in his way, Dalton must track down the missing money to prove Ryan’s innocence – and stay out of jail.

Diabetic Dessert Cookbook: Most Healthy, Safe and Delicious Recipes for Every Day
by Elena Troyanskaya

Do you miss being able to eat something sweet every once and awhile?

A diabetes diagnoses usually means that you can no longer eat sweets or other sugary desserts ever again. This book filled with all sorts of cakes, brownies and other delicious deserts will have you looking forward to staying on your diabetic diet.

This book contains everything, that you have a missed eating, now back with diabetic safe recipes, so you can enjoy them just like you used too. And best of all your family can too, these sweet and savory desserts are so good, that most people can’t tell the difference. Best off all, no matter the celebration, holiday or family event, you will be able to bring a delicious, diabetic safe dessert.

If you are tired of eating the same old diabetic diets, than you need this book. Filled with tons of family favorite recipes, which have been reworked to taste great and be diabetic safe. Unlike other books, these recipes are all about taste, if it does not taste great than it is not in the book. The reason for this is that great recipes are meant to be shared with those closest to you, whether they are diabetic or not. That way, you and your family can eat cake and share cookies together, just like you used to.

What’s in this book?

• Diabetic Safe Pies: Everything from Apple Pie to Lemon Cream Pie all made so you can eat it without worries.

• Diabetic Safe Cakes and Brownies: From Carrot Cakes to Chocolate Brownies these recipes are so good, that diabetics and non-diabetics both can enjoy it.