I was just attacked by four butterflies in the garden. They fluttered all around my head while I was trying to deadhead a few plants. Snow White made it seem a lot nicer than it actually was. 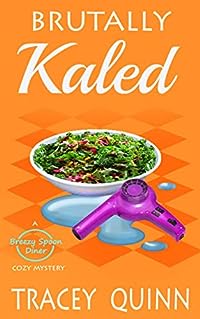 Welcome to the Breezy Spoon Diner, where murder is the main course!

When Dani O’Shea returned to her quirky little hometown of East Spoon Creek City and opened the Breezy Spoon Diner to serve up great food, great conversation and down-home hospitality, she wasn’t counting on a customer getting murdered with her famous kale salad!

With an innocent person charged with the crime, Dani must race against the clock to find the real killer– if the killer doesn’t get her first! Her landlord, dreamy and flirtatious fireman Mark Adams would rather she stayed safe at home with him, but as the mystery deepens Dani must deal with eccentric townsfolk, dangerous new suspects and even Bigfoot to solve the murder! 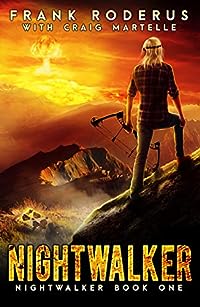 Darkness is his friend.

A world destroyed by nuclear war. “Civilization” rebuilt with iron fists. Jim Wolfe emerges from his hiding place years afterward, stronger, able to see in the dark, hampered by the daylight.

He is the Nightwalker. One man alone. Embracing honor in a world with none.

He only wants to get home. Did his wife and little boy survive? He has to find his way, walking through dens of villainy and despair, through the corrupt and the criminal.

With enemies of peace closing in on each side, how far can Wolfe make it? 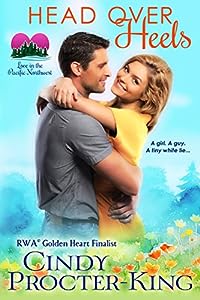 Magee Sinclair has had it with the recent blunders pushing her family’s advertising agency to the brink. How can she accept the promotion her father plans when she keeps making costly mistakes? She needs to bring in more business however she can. So when new client Justin Kane asks her to act as his girlfriend for a weekend in exchange for a lucrative campaign, she jumps at the chance.

Justin’s goal to expand his chain of bike stores hinges on a distribution deal with a manufacturer. First, he needs to impress the man at a mountain resort while they bike trails with their significant others. But Justin’s girlfriend dumps him, forcing him to find a quick replacement. Magee — pretty, clever, and a skilled cyclist — is the perfect choice.

Or so Justin thinks.

Because Magee is in major trouble. She knows no more about mountain biking than Justin does about demi-bras. Before long, an irate ex pops up, fake identities abound, and a whole lot of doors slam in the middle of the night. Yet, through the chaos, Magee and Justin discover what it really means to fall head over heels… 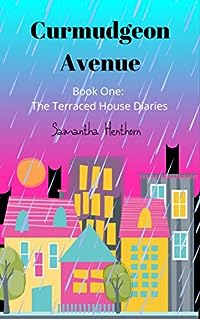 THE ONE WHERE THE HOUSE TELLS THE STORY

When Curmudgeon Avenue introduces sisters Edna and Edith Payne, their presence is not welcomed by the proud, yet grouchy Victorian terrace. Widowed Edith is looking for love and dates one of Edna’s ex-boyfriends, Maurice. This does not end well, especially for the cat. Edna is heartbroken after her long term partner moved to France and is now unhappily cohabiting with her idiot sister. Edith’s son Ricky Ricketts permanently hangs around Curmudgeon Avenue with his on/off girlfriend Wantha, her sister Toonan and all the tomfoolery they bring.

The sisters decide to advertise for a lodger, and the notable Harold Goatshed moves in. He is yet another of Edna’s exes. Still vulnerable from the Maurice incident, Edith falls for his charms. 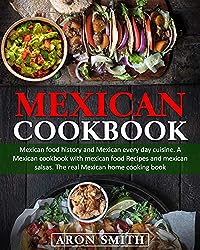 Is Mexican food one of your favorite cuisines?

Would you like to prepare typical Mexican dishes to impress your friends or relatives?

There are many reasons to travel to Mexico; from the beaches of the Mayan Riviera to dream islands like Holbox and Cozumel, passing through the Mayan ruins of Teotihuacan to the capital Mexico City. But don’t forget one of the most important aspects of a trip to this country: Mexican cuisine.

Mexican cuisine remains one of the most beloved and appreciated outside the country of origin, immediately after the Asian ones, such as Japanese or Chinese. It may be that it comes very close to the tastes of texas, it may be the inevitable presence of chili, but Mexican food has always been a huge success. The contamination of other cultures, especially Spanish, has influenced the way of conceiving the kitchen, bringing to the table dishes with an unmistakable flavor and unique taste.

… in this book you will find:

• A step-by-step guide for each recipe

• You will learn how to prepare recipes for breakfast, lunch, dinner and of course typical and most famous dishes (Tacos, tortillas, fajitas, quesadillas, burritos, enchiladas etc.).

• You will learn how to prepare the most famous Mexican sauces

• You will learn how to prepare the Mexican delicious desserts

Mexican food is a real discovery, each dish has a strong flavor and often spicy, depending on the sauces that are added to the recipe. At any time of the day you want to eat, you have several options at your disposal, from breakfast (el desayuno) to the famous tacos with their endless varieties.

•
Even if you think that preparing a Mexican dish is difficult, in this book you will find the recipes explained in great detail.

• Even if you think finding the ingredients to cook a Mexican dish is difficult, don’t worry, you’ll have the shopping list in every recipe and you’ll be able to find the ingredients you need in every supermarket.

In this cookbook you will find all the tastiest alternatives of Mexican cuisine, to organize an original and really tasty dinner for your guests. We will see together what are the typical dishes of this country: we will discover how to flavor your dishes, using chili but also many other spices, flavors typical of Mexico.

What are you waiting for? scroll upwards and click on the “buy” button and you will get many ideas for cooking in a really tasty and special way.