The Perfect Kind Of Sour

SUCCESS! This past weekend I successfully made two sourdough loaves with the sourdough starter I had been taking care of for two weeks! And… it was delicious. It was such a simple recipe, I think it must have been the dutch oven I borrowed from my neighbor that made the difference. It certainly wasn’t my cooking skills. I was even able to make a few batches of really tasty crackers from the sourdough discard. I finished off the weekend with my first ever attempt at Alfredo sauce from scratch. My family doesn’t even recognize me anymore. It’s amazing what I will do to avoid cleaning out my closets. You can find the recipe I used for the sourdough bread on the Prairie Homestead YouTube channel by clicking here. YUMMY!! 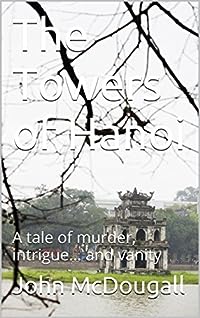 The Towers of Hanoi: A tale of murder, intrigue… and vanity
by John McDougall
Genre: Thrillers

Greed. Lust. Corruption. Vanity. Thomas Morton, one-time private investigator, uncovers them all when he’s sent to Hanoi to track down a Vietnamese mathematician and finds himself trapped in the web of a very messy murder investigation.

In charge of the case is Captain Anh of the People’s Police, a veteran of the war against America. He already has problems in plenty, including an impending retirement he doesn’t want and a daughter he loves but cannot reach. Now he almost wishes he was back in the jungle fighting an enemy he knows, because in this investigation, he’s sure, he’s being manipulated by shadowy political forces. He likes to see justice being done, and he’d have said he was willing to call on anyone for help.

Together, Thomas and Anh must find a way to the truth through the smoke and mirrors of Hanoi… and a way to trust each other. What move comes first? 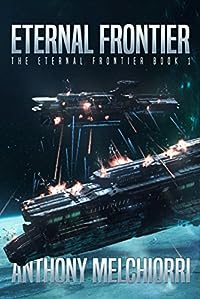 What if your only potential ally in a dangerous world was the one you brought to life in the lab…
And it wanted to kill you, too?

Tag Brewer is the medical officer of an exploratory scientific vessel called the Argo. His life consists of experiments and research on all the strange alien lifeforms they encounter. He is content to explore the universe through a microscope.

All that changes when the Argo is attacked by an unknown alien ship. Tag is the sole survivor.

After crash-landing the damaged Argo, Tag is stranded on a deadly planet filled with mysterious creatures. He must figure out why the Argo was attacked and escape before his attackers return to finish the job. His only hope is to somehow find a crew that can help him — or create one from his biological artificial intelligence research.

But creating a new unpredictable intelligent lifeform is only half the battle. Convincing it to help you instead of killing you and taking command of your ship is a whole other ordeal. 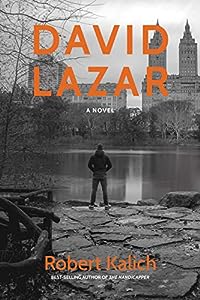 David Lazar: A Novel Inspired By A True Story
by Robert Kalich

What happens when a husband has lived two lives and harbors a deep secret?
David Lazar could not afford a postage stamp. Employed as a social worker and discarded by his first wife he is forced to move in with his parents. Two years later and still in painful debt, he starts a new life with a twenty-five-dollar bet as a college basketball handicapper. Did he sell his soul to make millions?

The money opens doors and allows Lazar to live extravagantly, yet something is lost in the process: the success exposes Lazar’s harder side, while also revealing his deep conflict with wealth created by corruption.

Lazar is a gifted man, appreciated for his sensitivity and generosity, but he is also a flawed man, haunted by his past and hoping for redemption. Nearing the end of his life, he has yet to tell his wife Elizabeth about the immoral nature of handicapping. Now, if he is fully authentic, will he risk losing what he cherishes the most: the love and respect of his soulmate and son?

Blurring the lines between memoir and fiction, David Lazar is a modern love story with a dash of noir. Filled with colorful and eccentric New York characters – childhood friends, business mentors, wealthy associates, organized crime figures, celebrities, and sports stars – and told by a complex and compelling narrator, it is an odyssey into the soul of a man who risks losing far more than he has ever won. 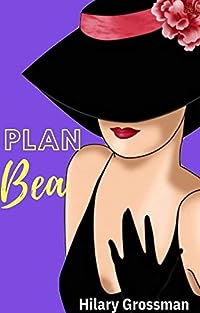 We live our entire lives thinking we know those closest to us. But do we ever really?

On the outside, Annabel O’Conner has it all – the perfect husband, two adorable children, an amazing job, and a mother from hell! Just when she gives up trying to regain her overbearing mother’s love, an unexpected call turns her world around and makes Annabel question everything she believes about her life.

Could falling in love give a cold, stubborn, and selfish woman a second chance to open her heart back up to her family?

Beatrice Buchanan has spent more years than she can remember distancing herself from everyone close to her. She barely has a relationship with her grandchildren. The only time she manages to have a one way conversation with her daughter is during her weekly 15-minute commute to the nail salon. When Bea meets Walter on a cruise she realizes there may be more to life than designer clothes, killer handbags, and impressing the ladies at her posh country club.

As the mother and daughter duo team up to plan “Long Island’s wedding of the year” they confront the secrets and lies that have defined them. This humorous and emotionally honest women’s contemporary fiction novel will tug at your heartstrings and the twist ending will shock you 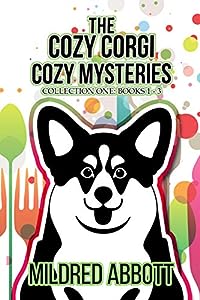 Winifred Page and her corgi, Watson, move to Estes Park to hit the Reset button on life. Fred is about to open her dream bookshop, but before she can begin her new life and put her plans into action, Fred and Watson have to clear her stepfather of murder.

The Christmas holidays in charming Estes Park lulls Winifred Page and her corgi, Watson, into thoughts of spiced chai and gingerbread as they settle into their new home. The toy store beckons Fred and her friend Katie, who dash in out of the cold, during a shopping spree to discover handmade toys, cuddly stuffed animals… and a dying man on the floor.

As Fred and Watson get pulled into the murder of a member of the Feathered Friends Brigade Bird Club, the tangled bird’s nest of an investigation makes Fred wonder if she should have left this one to the police. But when feathers begin to fly, Fred has no choice but to flush out a killer.

(This anthology includes a recipe for delectable lemon bars, gingerbread, and ham and cheese croissants.)