Bitter To Sweet To Bitter

Today is a bit of a sad day for me, but only kinda sad. The bees I had gotten from a man in Napa were about 8 feet from the fire last week. I lost a lot of bees, but they seem to be doing okay right now. Unfortunately, the workers who need to repair the house need the bees to be moved before they can get any work done. The timing is really bad on this because that colony already needed to be completely torn out of the current boxes they were in and put in new ones. It wasn’t until after I got the colony that I discovered that there were no frames in the bottom box, and the upper box’s comb was completely fused together. It was certainly going to be a huge project already. Now with the fire, and golly only knows now what is happening in there, it is a project I am not an experienced enough beekeeper to take on. So I called on a beekeeper I have spoken to a few times before for advice and asked him if he would like to take this colony.  He has offered me swarms on a few occasions and has been very kind to me, so I think he is the best man to care for my little bees. Bitter sweet kinda day. 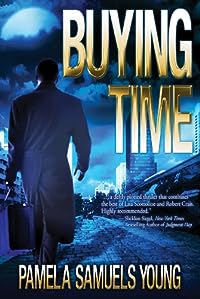 Waverly Sloan is a down-on-his-luck lawyer. But just when he’s about to hit rock bottom, he stumbles upon a business with the potential to solve all of his problems.

In Waverly’s new line of work, he comes to the aid of people in desperate need of cash. But there’s a catch. His clients must be terminally ill and willing to sign over rights to their life insurance policies before they can collect a dime. Waverly then finds investors eager to advance them thousands of dollars — including a hefty broker’s fee for himself — in exchange for a significant return on their investment once the clients take their last breath.

The stakes get higher when Waverly brokers the policy of the cancer-stricken wife of Lawrence Erickson, a high-powered lawyer who’s bucking to become the next U.S. Attorney General. When Waverly’s clients start dying sooner than they should, both Waverly and Erickson — who has some skeletons of his own to hide — are unwittingly drawn into a perilous web of greed, blackmail and murder. 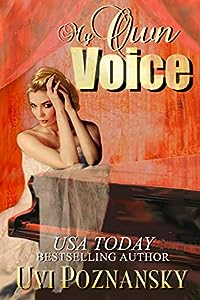 Falling in love with Lenny should have been the end to all of Anita’s troubles.

For her, it’s only the beginning, when family secrets start unravelling. His ex-wife, Natasha, is succumbing to a mysterious disease. How can Anita compete with her shadow? How can she find a voice of her own?

And when his estranged son, Ben, comes back and lives in the same small apartment, can she keep the balance between the two men, whose desire for her is marred by guilt and blame?

“A creative, gripping and deeply moving tale of a young girl coming of age in unfathomable emotional circumstances.” 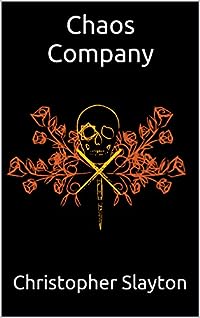 The highly effective team of super-powered soldiers code-named Chaos Company has returned to the United States to be commended for their bravery. While on leave the team finds themselves at odds with the highly dangerous mercenary Liam King, who has been contracted to assassinate President Jennifer Grey. Chaos Company thwarts Liam’s attack, but at the cost of team leader Tyler Young’s life.

With their leader killed the team looks to Desmond Striker to guide them in a hunt for Liam. During their hunt the team will find themselves in the cross-hairs of a private military company and have their abilities pushed to their limits. Before Chaos Company finally comes to blows with Liam they will discover that their greatest threat is a leader within their own country. 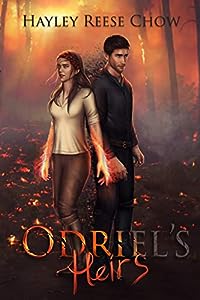 The brave, burning with fire, harnessed the Dragon’s Rage…
As the Dragon Heir, seventeen-year-old Kaia inherited the power of flame to protect her homeland from a godlike necromancer’s undead army. But after centuries of peace, the necromancer has faded to myth, and the Dragon Heir is feared by the people. Persecuted and cast out, Kaia struggles to embrace and control her seemingly useless gift while confined to her family’s farm.

But when the necromancer’s undead terrorize the land once again, Kaia runs away to join the battle.

With the help of her childhood rival, the handsome Shadow Heir, and a snarky, cursed cat, Kaia must figure out how to control both her fire and her confidence in time to save Okarria. If she fails, she will sacrifice her family, her new friends, and the enchanting world she has only just begun to see.

And time is running out. 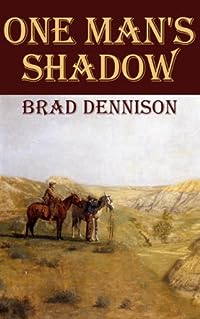 One Man’s Shadow (The McCabes Book 2)
by Brad Dennison

Sequel to THE LONG TRAIL. Jack McCabe returns home to Montana from medical school, but the family finds he is not exactly who they thought he was. A story of one man attempting to find himself while living in the shadow of a father who is a living legend. And an old enemy of Johnny McCabe returns, looking for blood. A story of family, love and revenge, and of the redemption of the human spirit.