I am kicking the family out of the house. I am not mad, just absolutely thrilled that my house is getting the cleaning of a lifetime, and I want it to stay this way until Christmas. Because of the smoke from the fire and my asthma, insurance is paying for my whole house to be thoroughly cleaned top to bottom. We are talking ceilings, knick knacks, blinds, the cat, I mean EVERYTHING! It’s amazing. It has taken the crew two days so far and they are coming back today. My house is going to sparkle like never before. I want it to stay this way for Christmas. Plastic wrap is good for this kinda stuff. I might hop on over to Costco and get a few rolls. Grandmas of the eighties had it right when they covered their couches in plastic. Let’s bring that back! 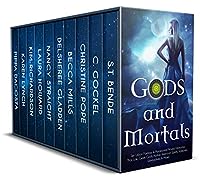 Ten novels with modern humans facing off against heroes, Norse and Greek gods, djinn, and monsters of old… over one million words of divinely (and diabolically) inspired fantasy, adventure, and romance.

Get this heavenly collection of paranormal romance and urban fantasy… before it’s too late!

Elsker by S. T. Bende
Kristia Tostenson just found out her new boyfriend is the Norse God of Winter, and an immortal assassin destined to die at Ragnarok. Her orderly life just got very messy.

Wolves: I Bring the Fire Part I – A Loki Series by C. Gockel
When Amy prays for help, Loki the Norse God of Mischief and Chaos isn’t the savior she has in mind.

Chosen by Christine Pope
When a fatal fever nearly wipes out the entire world’s population, the survivors of what became known as “the Dying” believe the worst is in the past. Little do they know…

Nolander by Becca Mills
A young woman from small-town Wisconsin discovers that monsters are real — and that she might just be one herself.

Twin Souls by DelSheree Gladden
Uriah and Claire didn’t believe in their tribal stories until Claire’s poisoned and those myths spring to life to test their love and unravel destiny.

Blood Debt by Nancy Straight
A mythological romance: Camille is denied her
father’s identity until her mother’s death. She discovers a family she never dreamed of and a world that should not exist.

The Forgotten Ones by Laura Howard
Can the magical Tuatha de Danaan, the forgotten people of Ireland, help Allison restore her mother’s sanity?

Marked (Soul Guardians Book # 1) Kim Richardson
A sixteen-year-old girl suddenly dies and finds
herself in Horizon as a rookie in the Guardian Angel Legion.

Relentless by Karen Lynch
Sara Grey lives a double life until a fateful encounter with a sadistic vampire and a fearless warrior exposes her powerful gifts and changes the course of her life forever. 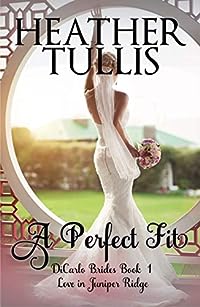 Who knew Cami’s father was a closet matchmaker?

Cami DiCarlo is crossing off the list of her father’s dying wishes.
1 Move from Chicago to Juniper Ridge, CO to open his new hotel — check
2 Live with her five sisters — four of whom she didn’t know about until he died — check
3 Marry the guy he picked out for her — oh wait, she didn’t know about that one.
Though she misses her father like crazy, she can’t help resenting him for interfering in her life, or the many, many secrets he’d been keeping — even if he did bring hunky Vince Talmadge into her life.

Luckily Vince not only knows what her father wanted — once he meets her he is more than willing to give a relationship a try. After all, it isn’t often that you meet a beautiful, capable, fascinating, complicated woman like Cami in this mountain ski town. The fact that they have definite chemistry doesn’t hurt. The question is whether or not he can make her see that they really are A Perfect Fit. 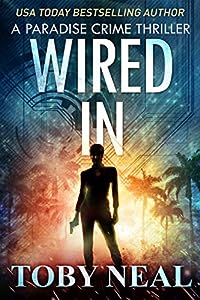 Paradise has no protection from a hacker with a hidden agenda.

What would you do to uncover a deadly conspiracy?

Special Agent Sophie Ang tackles a kidnapping case, and in tracking the criminal ring, her rogue data analysis program D.A.V.I.D. identifies an anomaly that leads her into a cat-and-mouse game online with a deadly enemy whose motives are unclear. The chase lures her through dark corridors of cyberspace into a confrontation with the violence from her past that sent her fleeing to the United States. She’ll need every skill she’s learned to defeat her worst nightmare — and the stakes couldn’t be higher. 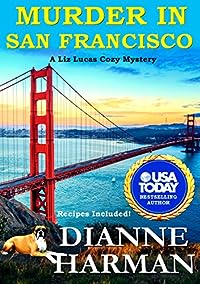 When a child is conceived and born after his father’s murder, is that child a legal heir to his millions?

Michelle’s pregnant with San Francisco millionaire octogenarian Bernie’s baby, but he’s dead, and a lot of people would like to see her dead as well, so her baby can’t lay claim to his vast estate. Was that why he was murdered? For his money or revenge?

Join Liz, Roger, and their dog, Winston, in a race against time as they search for the killer before Michelle either suffers a miscarriage caused by stress or is the next murder victim. 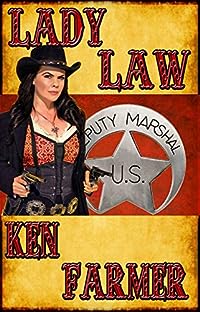 There was one female Deputy US Marshal in the Indian Territory. Her name was Fiona Mae Miller. The Fort Smith Elevator, in its November 6, 1891, issue described Mrs. Miller… as a dashing brunette of charming manners… an expert shot and a superb horsewoman, and brave to the verge of recklessness.
Some even went so far as to call her a female Bass Reeves… others just called her… LADY LAW. She doesn’t backwater for any man.
Marshal Miller is on a mission to bring a Cherokee renegade, Cal Mankiller, to justice. She follows his trail of blood to the rugged and mysterious Wichita Mountains in Oklahoma Territory.
Will she finally see justice served? Will she welcome Mankiller to his first day in hell? Find out in LADY LAW.