It’s very quiet in the backyard. Because the restoration company needs to repair all the fire damaged sections of the house, I had to move my bee hive to my partner in crime’s house. For the first time in 2 years, I do not have to dodge little bees in my yard. Well, not as many bees. The plants I had chosen for my front and back yards were all bee loving, so I still have cute fuzzy little visitors coming in and foraging. I learned a crazy little fact when I had the fire. The bee colony was only about 5 feet from the fire. They were mostly unaffected, but some were not so lucky, and I had a good number of dead bees on the ground. This attracted hornets (Maybe wasps.. not sure. Definitely the jerky kind of flying striped stingy guys). I had hornets / wasps everywhere! YUCK! The sweet dream of having a beehive in my backyard was not exactly what I had pictured. I honestly don’t think I will be bringing them back. I had to put on a bee suit just so I could pick up dog poo. This time around I am going to concentrate on adding more butterfly loving plants. Those guys don’t poke you as much.

His friend lies in a puddle of blood. The killers flee in an unmarked van. Why did they kidnap the dog?

Micah Reed thought he was out on a normal dog walk with his friend. From out of nowhere, masked gunmen assassinate Layne and make off with the dog.

Micah swears vengeance as he realizes the killers left behind the very thing they wanted… the dog collar.

While he grits his teeth and hustles to uncover their identities, they’re also hunting him to recover the missing collar. Soon enough, Micah exposes an urgent clue about a sinister operation going down soon.

Can he foil their big score before they assassinate him too?

Shock Collar is the seventh standalone book in the multi-award-winning Micah Reed series, a set of edge-of-your-seat thrillers. If you like complex characters, shocking twists, and layers of conspiracy, then you’ll love Jim Heskett’s enthralling crime thriller. 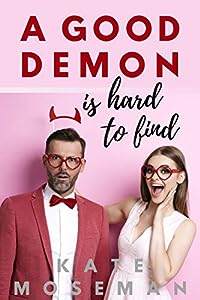 Sometimes, a date from hell is just what you need…
When Erin thoughtlessly lays a curse on Mark, her cheating ex-husband, she doesn’t expect a well-dressed Great Earl of Hell to show up in her kitchen to fulfill the curse (and make damn good coffee while he’s at it).

Andromalius specializes in wickedness and revenge. He’s ready, willing, and able to rain down hell on Erin’s ex — but when Mark announces a hasty new marriage, Erin needs more than just revenge.

She needs a date to the wedding. 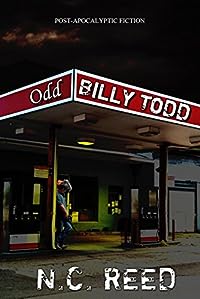 FROM THE AUTHOR’S DESK
Billy was supposed to be a short story. I was working on a plague novel and suddenly thought about a cousin of mine, wondering how he would make it if everyone else was gone. It was a sobering thought and so I wrote a small short story about such a man. That story grew. And then grew some more. And just kept growing until it was the book you are now reading. Much of my many nephews can be found in Billy. Skills they have, abilities they have developed, things we’ve taught them over the years. If something happened to us, they would make it. They know how to survive, and even how to thrive. It would be hard, but they would make it. This story is for them.-N.C. Reed 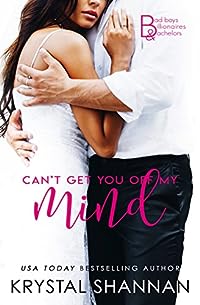 The rule: Get married and have a baby.

When Grandpa Stinson dies, he expects nothing more than to keep his grandsons together, running the family’s multibillion-dollar business. But he’s got just one unfaltering rule: they have to get married and have a baby first. The brothers disagree… wholeheartedly.

But it’s set in stone. Follow the rule or you’re the one grandson out of luck…
Stubborn, rugged, but oh-so-sexy, Roark Stinson, the oldest brother, refuses to give in to his grandfather’s manipulations. After all, women are the root of all evil, and he’s never witnessed a relationship that actually works. Then it hits him; it doesn’t have to work.

Roark just needs a warm body to agree to the terms…
Zoe Morgan never wanted to be anyone’s “means to an end,” especially not Roark Stinson’s. But his proposal is one she’s in no position to refuse–can’t refuse. When the stakes are this high, a warm body might just be exactly what she needs. 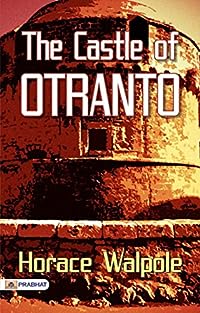 The Castle of Otranto’ is a gothic novel by Horace Walpole. It was first published in the year 1764. It is generally regarded as the first gothic novel; initiating a literary genre which would become extremely popular in the later 18th and early 19th century; with authors such as Charles Maturin; Ann Radcliffe; Bram Stoker; Edgar Allan Poe and Daphne du Maurier.