I had my ego boosted a bit last Friday. The owner of a company that installs pavers and is working on my neighbors backyard, offered me a job. He had seen me working on my front yard, shoveling yards of fill dirt and rocks, and thought I would be a great addition to his team. He wanted me to start today! He was going to teach me the trade of setting pavers, and start me on the path to a very good career. I was tempted for sure. Until I remembered I am no spring chicken. Also, while I can shovel dirt and haul pavers around until the cows come home, my real love is plants. I do all the heavy work so that I can get to the fun planting. I was certainly flattered, but not new careers in pavers for me. 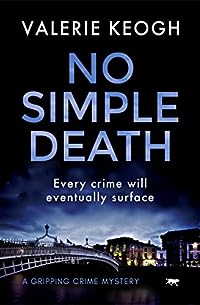 How can you find someone who doesn’t want to be found?

When Detective Garda Sergeant Mike West is called to investigate a murder in a Dublin graveyard, suspicion immediately falls on a local woman, Edel Johnson, whose husband disappeared some months before. But then she disappears.

Evidence leads West to a small village in Cornwall, but when he checks in to an Inn, he finds Edel has arrived before him. Her explanation seems to make sense but as West begins to think his suspicions of her are unfounded, she disappears again.

Is she guilty? West, fighting an unsuitable attraction, doesn’t want to believe it. But the case against her is growing. Back in Dublin, his team uncover evidence of blackmail and illegal drugs involving Edel’s missing husband. When another man is murdered, she, once again, comes under suspicion.

Finally, the case is untangled, but is it the outcome West really wants?

No Simple Death is a murder mystery with a touch of romance, set in the Dublin suburbs. It will appeal to fans of authors such as Peter James, LJ Ross and Ruth Rendall.

Crush on You (Bliss Brothers Book 1)
by Amelia Wilde

He’s the boss. She’s the assistant who will bring him to his knees.

Roman Bliss is used to being in charge. Everything at the Bliss Resort is under his firm control until a brunette bombshell in a red bikini sashays into his office, claiming to be his new assistant.

He can’t believe the shyest girl at his high school grew up to be a knockout.

Falling for his new employee breaks every rule in the book. And with the survival of the resort — and his brothers — in his hands, he can’t lose his well-ordered life… or his heart. 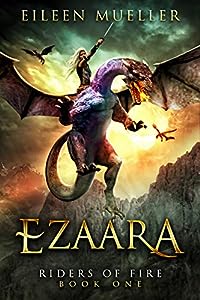 Ezaara: Riders of Fire, Book One – A Dragons’ Realm novel
by Eileen Mueller

A dragonet’s past murder throws Ezaara into a war between dragons and the monsters enslaving Dragons’ Realm. A fast-paced award-winning epic-fantasy series by multi-award-winning author Eileen Mueller.

In Lush Valley, it’s a crime to even talk about dragons…

When Ezaara meets Zaarusha the Dragon Queen, she’s swept up in a blaze of color and they imprint, forming a deep bond. She must give up her home and family to become the new Queen’s Rider. Ignorant and unprepared, how can she possibly succeed?

Luckily, she has a dragon master — although rumors say she might be better off with the enemy.

Plunged into a world of cutthroat politics and traitors in every shadow, who can Ezaara trust as Commander Zens and his army of bestial tharuks march closer, razing villages and enslaving the people of Dragons’ Realm? 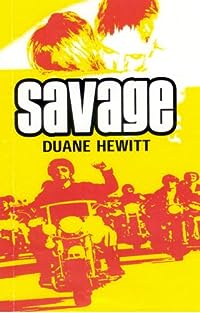 Savage is a passionate tale chronicling the life and experiences of Darcy Farrow, an enforcer and Sergeant-at-Arms for Hells Hand – a fierce and aggressive outlaw motorcycle club operating in southern Ontario during the nineties. The story follows Farrow’s upbringing through various pinnacle turning points and events in his early childhood into a period of delinquency in his teens. A brawler and street tough, he becomes a bouncer for a local bar and is ultimately discovered by the head of a smaller, local motorcycle club when he defeats that club’s enforcer in a series of unrelated fights. He is “made” in 1982 at the age of 22 when he is probationed by the club, thus setting him on a destiny within the criminal biker culture, leading to that club’s takeover by a larger, notorious U.S. club – Hells Hand. Farrow survives the violent takeover and rises in status with the older, larger club, only to be confronted by new challenges surviving in the big leagues, and an ensuing war with a violent Quebec gang known as Satan’s Salvation. Paralleling this brutal existence, Darcy meets and falls in love with a beautiful North American native woman, Andrea George, who he shields from the violent life she knows he leads. Years into their relationship, Andrea is unexpectedly diagnosed with a brain tumor and is told she will die. This heart breaking news comes at a time when an old adversary of Darcy’s appears, promising vengeance for an old, unpaid vendetta. Between the exploding biker wars and Andrea’s looming death, Darcy Farrow must overcome his enemies in order to be with Andrea in her final days. With Andrea’s ultimate loss and the approach of the new millennium at the age of 40, Farrow is left questioning the profound love he experienced but lost, and a violent life that, in the end, left him nothing in return. Savage is a tale of lust and power, hate and survival, fear and greed, and the underlying theme of benediction that offers absolution and redemption through its strongest and most endearing component – love. 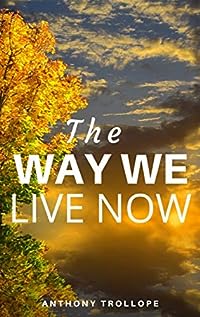 The Way We Live Now
by Anthony Trollope

The Way We Live Now is a satirical novel by Anthony Trollope. It was inspired by the financial scandals of the early 1870s; Trollope had just returned to England from abroad, and was appalled by the greed and dishonesty those scandals exposed. This novel was his rebuke. It dramatises how that greed and dishonesty pervaded the commercial, political, moral, and intellectual life of that era. It tells the story of Augustus Melmotte, a financier with a mysterious past (he is rumoured to have Jewish origins, and it is later revealed that he owned a failed bank in Munich). When he moves his business and his family to London, the city’s upper crust begins buzzing with rumours about him — and a host of characters ultimately find their lives changed because of him.