We have SIDING!!! YAY! The carpenters have replaced the plastic sheet that was covering up the burnt side of the house. What a relief that is. I spent a lot of time worrying about critters and sharks getting into the house through the large opening. Yes, I said sharks. They are jerks and will find a way. I am not sure where I got such an extreme hatred for sharks. I have toyed with the idea of being hypnotized to see if I had a bad experience in a past life with one. I don’t have any shark bite marks now, so I would assume it would have to have happened in a past life. Although, would I want to relive that experience just to find out why I hate sharks so much? Or should I just be satisfied with hating shark? Ya.. I will take the second one. Truth be told… and you guys tell no one, ya hear!!?? I know that sharks play an important role in the ocean and should be protected. There… I said it. I still hate them though. Anyway… we have siding on the house again and I am happy. 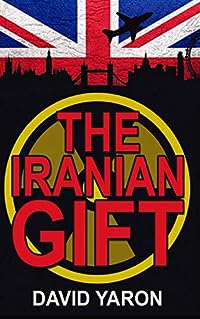 The Iranian Gift: An International Terrorism Thriller
by David Yaron

Life always brings unexpected gifts. But no one had foreseen such a deadly surprise. Is this the end of London?

Iranian Air Force Commander Major General Safawi is urgently summoned by the President of the Islamic Republic of Iran. “I have decided to send the heretic British nation a gift, or to be precise, a nuclear gift”.

Lieutenant Colonel Kabadi, a brilliant operations officer with a stellar reputation, is appointed to plot and carry out the mission. Kabadi puts together an elite team which plans and executes the President’s order.

On the day of the operation, the charge does indeed arrive in the outskirts of London, but the secret is uncovered. Within minutes, rumors of an undercover Iranian operation spread throughout the city, and eight million residents try to flee in panic, unleashing violent riots and causing many casualties.

With fear and chaos in the streets of London reaching a peak, only a miracle can save the city. Unfortunately, even the best of the British security forces seems doomed to fail. Is a new era in the making?

David Yaron, an intelligence Lieutenant-Colonel (Ret), weaves a thrilling, sophisticated story, which appears utterly realistic. Yaron’s writing, while minimalist, is full of details that only a military expert can recount, keeping the reader in constant suspense. 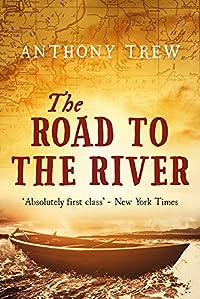 On a windy, rain-drenched night a successful executive rescues a lady whose car has broken down — to find himself on the run for murder…

A powerful City trader finds that a bad day turns into something a whole lot worse; and a chance encounter on an afternoon stroll leads to love — and a mysterious disappearance…

These are just some of the stories in this wide-ranging collection from the creator of the classic naval adventures Two Hours to Darkness and Kleber’s Convoy: there are sea stories, there are tales set in the South Africa he knows so well, stories of war, and others about the strange quirks of the everyday — from London to the English countryside.

Reflecting the lifetime’s experience of an accomplished storyteller, The Road to the River is a powerful combination of drama, mystery, near-farce — and the truly unexpected. Sometimes haunting, often poignant, the depth of these stories will resonate with the reader long after they have been read. 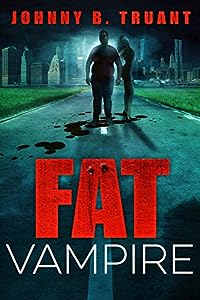 Fat Vampire: (A Comedy Horror Series)
by Johnny B. Truant

Death Has a Brand New Appetite…

When overweight treadmill salesman Reginald Baskin finally meets a co-worker who doesn’t make fun of him, it’s his own bad luck that tech guy Maurice turns out to be a two thousand-year-old vampire.

And when Maurice turns Reginald to save his life, it’s just Reginald’s further bad luck that he wakes to discover he’s become the slowest, weakest, most out-of-shape vampire ever created… doomed to “heal” to his corpulent self for all of eternity.

But as Reginald struggles with the downsides of being a fat vampire (too slow to catch people to feed on, mocked by those he tries to glamour, assaulted by his intended prey and left for undead), he discovers rare powers in himself that few vampires have… and just in time, because the Vampire Council wants him destroyed as an inferior representative of their race.

Read the first book of Johnny B. Truant’s blockbuster series, and you’ll never look at vampires (or vampire stories) the same way again. 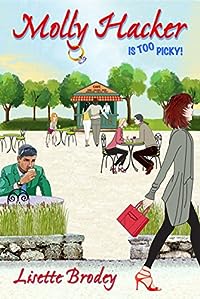 MOLLY HACKER IS TOO PICKY!
by Lisette Brodey

At thirty-two, newspaper reporter Molly Hacker vows to never attend another wedding until she has had her own. And that’s a problem because Molly’s younger sister, Hannah, is going to be married in one year. Armed with snark, wit, and fabulous good looks, “Picky Molly” embarks on a quest to find Mr. Right in her hometown, Swansea, an elegant bedroom community of NYC.

Things get complicated fast. In no time at all, Molly has four “men of interest” and the memories of a lost love to send her overanalytic, befuddled mind into serious overdrive. Determined not to let her “helpful” girlfriends help her right out of another relationship, Molly tries to keep mum on the state of her love life. Her BFF male coworker, Randy, becomes her closest confidant as he stumbles over romantic issues with his new Mr. Right, Kyle.

Meanwhile, Molly’s BFF gal pals aren’t too happy about being left out of the loop. Tweaking Molly’s last nerve is the town’s most visible socialite, Naomi Hall-Benchley. For self-serving reasons, Naomi is hell-bent on setting up “Picky Molly Hacker” and she doesn’t care who she has to manipulate or hurt to do it. Just how far will she go? Molly Hacker Is Too Picky! takes the reader on a yearlong romp through Molly’s mind and a joyride through her life. Her dating life, town secrets, a group of quirky, crazy characters, and Naomi’s machinations collide head-on at a holiday gala that will change the social landscape of Swansea forever.

As the New Year rolls in, Molly gets earth-shattering news. Can she go on? Will life ever return to abnormal again?

Three powerful strategies that will help you master interpersonal communication
Many of us feel like outsiders in our own natural surroundings. We find ourselves trapped in boring conversations filled with silent pauses and we can’t seem to lift the dialog up to a more exciting or pleasurable level.

The problem is not that we are not good, funny or sociable, but rather, that we were never taught how to develop our interpersonal communication skills.

Let’s Talk is based on three effective strategies that include simple and clear explanations, practical exercises and examples of real-life situations that will lead you to the next steps forward in your social life.

In his book, Paz Oshran, an expert in interpersonal communication, teacher and NLP trainer, answers the following questions:

• How to make any stranger like you, appreciate you, and wish to stay in touch

• How to conduct a great, naturally flowing conversation with anyone, anywhere