For years and years I have dreamed of getting an old Ford Bronco, 68/ 69/70. Last year we finally got one and I LOVE it, but I am too nervous about driving it anywhere outside of town. Unfortunately hubby has no problem driving it everywhere and it is slowly becoming his car. I can’t have this! So right now I am off to drive it outside the city limits, so that I may have a stronger claim to it. Wish me luck!! 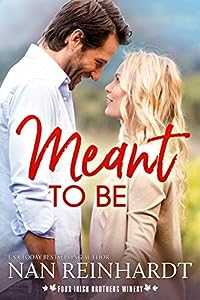 Can a near-tragedy help two best friends realize they’re meant to be so much more?

Best friends since grade school, high-powered Chicago attorney, Sean Flaherty, and small-town mayor Megan Mackenzie have always shared a special bond. When Sean is shot by a client’s angry ex, Megan rushes to his side, terrified she’s about to lose her long-time confidant.

Upon his return to River’s Edge to recuperate, Sean discovers that his feelings for his pal have taken an undeniable turn for the romantic. While Megan struggles with an unfamiliar longing for Sean, she worries that he may be mistaking a safe place to land for love.

Can Sean help her realize that they are truly meant to be so much more than friends? 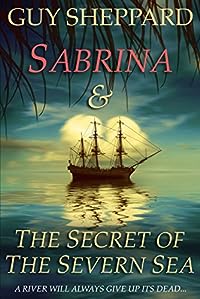 Sabrina & The Secret of The Severn Sea: A River Will Always Give Up Its Dead…
by Guy Sheppard

Gloucester Cathedral Police Officer Jorge Winter returns to his small-town roots in Berkeley to track down the missing Reverend Luke Lyons, whose coat and hat have been found abandoned beside the River Severn. This is where he and Luke grew up together. It is also the place where Luke saved him from drowning in the nearby estuary, which makes this, his first case as a church detective, deeply personal.

In the absence of a body, the local police treat Luke’s disappearance as unsolvable, just as they did his grandfather’s years ago. Sean vanished on the night that two petrol barges blew up and destroyed the railway bridge over the river at Sharpness in 1960. Luke has always idolised this man he never met as someone who died trying to save drowning sailors.

Jorge finds evidence for Luke’s apparent suicide less than convincing, the more he learns about his good work as chaplain in the local prison for sex offenders. Also, Luke was preparing to officiate at his sister Ellie’s wedding in nearby Berkeley Castle. It seems unlikely that he was intending to disappear, so what changed his mind? What secret?

Luke’s criminal parents ran the Severn Sea Gang in the 1970s and 80s, burgling large stately homes, until his father Rex Lyons fatally wounded the pregnant Lady Sara Greene, for which he was sentenced to life in prison. Sara’s baby daughter Eva had to be cut from her womb.

Embittered inmate Frank Cordell tells Jorge that he shared a cell with Rex before he was stabbed to death in a fight with a fellow prisoner. In his drug-fuelled dreams Rex spoke of a treasure of stolen antiques worth £80 million, accumulated by his gang, but which has never been recovered. Eight months ago, just prior to his disappearance, Frank asked Luke to locate the hoard and use it to finance urgent medical care for his critically ill grandson, whom the NHS had deemed untreatable. Instead, Cordell is convinced that Luke has simply run off with the loot. “Find it, and you’ll find the man,” he says.

Clues to the hoard’s exact location are hidden in a copy of Rex’s prison Bible. Jorge tracks the Bible down, to put him on the treasure trail, too.

From Spain’s Costa Del Sol, Luke’s estranged mother Jessica harbours her own ambition. She wants to find the antiques before she grows any older, using two former gang members who also resent being cheated by Rex of their share of the loot.

The day after his release from prison, Frank Cordell is found murdered. 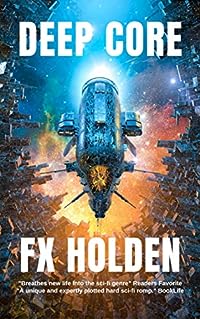 Deep Core is a standalone sci-fi story, not set in the FX HOLDEN FUTURE WAR universe, but in the far future world of Coruscant.

AJ is a maintenance tech at Sol Vista care facility. He likes the quiet life. Visiting with his ma. A burger at Fatty’s. Surfing the Shifting Sea. Staying in flow. But his flow gets sorely disrupted when a new resident moves into Sol Vista and AJ soon finds himself on the run from an interplanetary assassin, trying to track down a hacker otherwise known as Destroyer of Worlds, all so he can save the life of his new girlfriend, who turns out NOT to be the laid back, Territorian skater girl he thought she was. Sometimes the flow is hard to find, even for a cyber. 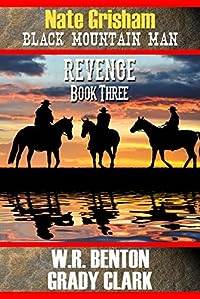 A new adventure in the Nate Grisham, Black Mountain Man saga.
Nate and Cotton are always ready for trouble, but when they’re ambushed by a Blackfoot war party they barely escape with their lives. Injured and on the run, the pair stumble into the bloody remains of a settler’s wagon train. Miraculously three souls survived the carnage, a runaway slave and his two young children. Nate befriends the trio, and attempts to get them to safety. What Nate doesn’t know is a team of slave hunters are hot on his new friend’s trail. When Nate crosses paths with the slavers, he is unprepared for their singled-minded dedication, these thugs would happily kill anyone who gets between them and recapturing their runaways.

When a beautiful young woman named Sue escapes the slaver’s brutal clutches, Nate helps nurse her back to health. Sue’s a head-strong firecracker of a woman, and Nate is surprised to find himself attracted to her vivacious personality. When the young children Nate and Cotton saved are re-captured by the slavers, the urge for bloodthirsty revenge blindsides Nate. He’s unwilling to see two innocent children in the hands of these ruthless ruffians.
Ride along on this new adventure with Nate Grisham: Black Mountain Man. 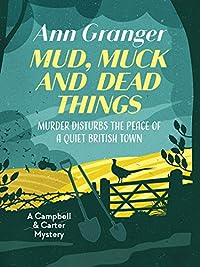 The first thrilling instalment of the Campbell and Carter mysteries.

When the body of a young woman is discovered in the cowshed of Cricket Farm, the tranquility of the British countryside is shattered. Inspector Jess Campbell is on the case, but with few leads, a grumbling partner, and the new superintendent Ian Carter piling on the pressure, she’s beginning to wonder why she chose to be a detective in the first place.

The shifty land-owner Eli Smith seems to have something to hide, and as Campbell delves into the gruesome past of the dilapidated farm, the mystery deepens. A flashy Mercedes spotted fleeing the scene of the crime leads to a suspect, but when another body turns up, it looks as though Campbell’s lead is nothing but a dead end…