Even with being in quarantine for the past gazillion months, I have still not completed my garden. I think there might have been one day, four months ago, when I thought the garden was completely finished, but the next day I saw a few things that needed to be done. This has got to teach me the lesson that my garden will NEVER be done and to just enjoy the journey. I know the lesson. I understand the lesson. But I refuse to learn the lesson and I am constantly trying to perfect the garden. I have three trouble spots, and I really should be happy about it. I should be happy that I still have a puzzle to work on. It’s not like I am sitting here all mad about it, but I wish I could relax. I do love to watch my 400 year old kitty Sinatra explore the garden. He appreciates all my hard work. He even likes the unfinished parts. 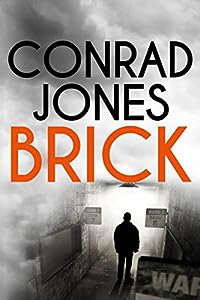 When a teenager is the victim of an unprovoked attack while walking his dog, a murder investigation begins. A cruel twist of fate makes his innocent family the targets of a vicious campaign of terror. As the detectives of Liverpool’s Major Investigation Team try to contain the violence, several key members of an organised crime family begin to topple, causing shockwaves across the planet. 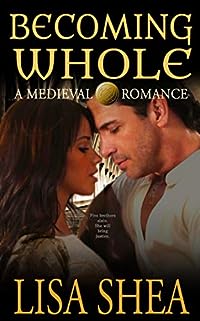 Sabine’s family has been caught up in the madness of cruel King John’s paranoia. The King’s mysterious spymaster levels traitorous accusations at Sabine’s father and sons, and one by one each man is callously starved to death. At last, Sabine is the only one left alive. The King contents himself with confining her to a nunnery.

But Sabine has other ideas. She is now the only one left to track down the identity of the spymaster.

To make him pay.

This is a book to savor… Stories such as this are too infrequently encountered. Treasure it. Grady Harp, Top 50 Reviewer
Four wise-ass, foul mouth, but lovable thirteen year old boys… with backgrounds of South Boston Irish, upper-class WASP, local townie Wampanoag Indian twins… unending summers on Cape Cod… a mysterious, long buried portal through time… a mesmerizing rumored witch… a resurrected deadly Wampanoag legend thought to be only a fairy tale to keep children close to home… Hey, what’s the worst that could happen?

Ehh… mayhem, horror, tragedy,romance, laughter, suspense and non-stop thrills. Buckle up for one of the most enjoyable rides of your life and a cast of characters you’ll never forget.

Miss that queasy feeling interrupted by sporadic humor? It’s time to get it back! 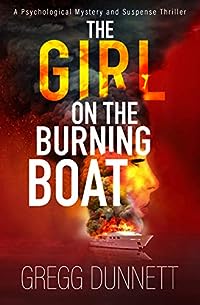 The Girl on the Burning Boat: A Psychological Mystery and Suspense Thriller
by Gregg Dunnett

Someone put her father in his grave. But they didn’t bury his secrets…

Alice is the smart and beautiful daughter of a powerful businessman. She lives a charmed life – until her father is killed in a tragic accident.

Then she meets Jamie, a young man from a very different background, who has evidence that her father met a much darker end.

Together they embark upon a search for the truth, delving into the murky background of Alice’s family fortune. What they discover leads Alice to question everything about her father – and herself. But it also turns them into targets.

Because whoever put Alice’s father in his grave, meant his secrets to die with him. And now they’re scrambling to bury them deep. Along with anyone who gets in their way.

Can Alice unearth the truth before it’s too late? Or will her judgement be clouded by her increasingly strong attraction to Jamie?

With everyone around her lying, she must pick someone to trust. But get it wrong, and her next move will be her last.

The Girl on the Burning Boat is a gripping psychological thriller from British author Gregg Dunnett. His previous books have all been UK and US Amazon bestsellers with thousands of five star reviews, and people are calling this one ‘his best yet!’

Start reading today and find out if Alice can avenge her father’s death. Or if she will become his killer’s next victim… 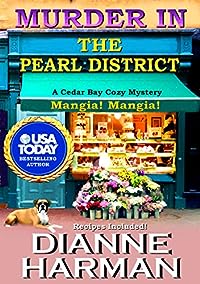 Kelly, the owner of Kelly’s Koffee Shop, has reluctantly agreed to cater a dinner party for her friend Sophie Marchant in Portland’s popular Pearl District. The guest of honor, Donatella DeLuca, is a famous chef and owner of the highly acclaimed restaurant, Mangia! Mangia!

The day after the dinner party Donatella is found murdered. Who did it? The arrogant newspaper food critic? The sous chef at Mangia! Mangia!? The beautiful ex-wife of the television station owner who was going to produce Donatella’s new TV show, Dining with Donatella? The French chef whose nationality is questionable? Or the deranged “hostess with the mostest?”

Join Kelly and her dog Rebel, along with reluctant advice from her husband, Sheriff Mike, as they try to discover who murdered Donatella and why.

This is the fifth book in the best-selling Cedar Bay Cozy Mystery Series. As always, mouth-watering recipes are included! Dianne has been recognized by Amazon as being one of their best-selling authors.

When Senator Gwin rides into town, he brings bad news…

His dreams for a Pony Express are over, Congress practically laughed him out of the building.

But that’s before he runs into the notorious Jack Irons who has a brand new plan.

If Congress won’t build the Pony Express, then the people must build it themselves.

Gwin sends Jack off to start negotiations and asks him to keep an eye on his niece, Ann, who is travelling along that way to see her mother.

But Jack is harbouring a sinister secret.

Back in Kansas, Jack Irons is known as Iron Jack – the woman-killer.

But perhaps it’s not Irons that poses the biggest threat to Ann?

Perhaps it’s the man who never stops smiling, Roily Weyte, who seems to have a history with Iron Jack.