The O’Connells Series by Lorhainne Eckhart 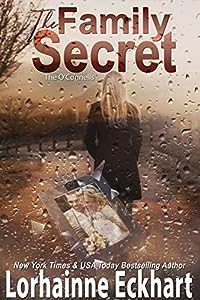 The Family Secret (The O’Connells Book 9)
by Lorhainne Eckhart

Just what is the mystery behind Raymond O’Connells disappearance? NY Times & USA Today bestselling author Lorhainne Eckhart brings you The Family Secret, an O’Connell family novel, when a body is discovered at the edge of town, rumors, circumstantial evidence and a chance for revenge lead to one family members’s arrest, and an all out effort to take several other O’Connells down as well.

Raymond O’Connell was the love of Iris’s life — from the day she met him, to the day a year later when she married him, to the tragic night before she never saw him again.??

Some would say they had the perfect all-American life. Now, eighteen years later, questions arise about the night her husband disappeared, leaving a bloody knife and a letter addressed to her, in which he said goodbye and told her not to look for him, with not even a second thought for her and their six children.??

The scandal when Raymond left rocked the community, fueling widespread rumors, from him running away with his mistress to him being dead. But through it all, Iris kept her head down, keeping the secret of what really happened. Although her children often wondered, and her eldest thought he was protecting her from something heinous when she asked him to get rid of the knife, what they didn’t know was that their father wasn’t who they thought he was. Making sure his secret didn’t come out was the only way to keep her family together.??

Now, Iris can no longer keep her life with Raymond O’Connell buried, because her adult children are asking questions. The only thing she can think to do to protect herself and them is to enlist the help of a lawyer, her daughter’s husband, fearing that once the truth starts to surface, it could change everything about their lives.??

The secret of their father, which Iris has hidden for so long now, has the potential to destroy everything the O’Connells have built for themselves, and once the truth of who Raymond O’Connell really was comes out, it will put a target on all of them, and their lives in peaceful Livingston, Montana, will never be the same.? 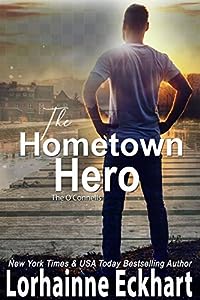 The Hometown Hero (The O’Connells Book 6)
by Lorhainne Eckhart

In this shocking O’Connell family novel, a brother’s secret is exposed, opening up old wounds and creating a scandal that could rock the community.

Big brother Owen O’Connell was only sixteen when his father mysteriously disappeared, forcing him to become a father figure to his five younger siblings. If you were to ask them, they’d say Owen is the perfect older brother with the perfect life: He’s single, a plumber, working his own hours in a close-knit community. Owen, though, knows that appearances are often deceiving.

When he is called to a plumbing emergency at the local high school after a grad prank goes wrong, he finds his old rival Tessa Brooks, now a teacher, holding a broken pipe in the middle of the flood, thinking she can fix the problem. However, the two soon make a horrifying discovery: the body of a student tucked away in a closet.

The event brings authorities flocking in, and in the ensuing chaos, Owen realizes that someone knows too much about his family. Having carefully held the family together since his father disappeared, he is determined to keep their secrets right where they are, dead and buried. But sometimes, secrets get revealed in the most scandalous of ways.

The Missing Father (The O’Connells Book 6)
by Lorhainne Eckhart

Eighteen years ago, Luke O’Connell’s father was there one day, gone the next. His mother sat him and his siblings down and told them their father was gone, it was just them now, and they wouldn’t be seeing him again. But Luke never believed his father could just walk away from a family he’d said he loved. Now, from his role within a secretive military organization, he uses the intelligence he can access to follow leads on his father, but each is a dead end.

Luke finds himself endlessly embroiled in deadly missions from secret bases, posing as a civilian for front companies, and tracking national enemies to capture or kill. But now, his questions have brought trouble back with him onto US soil, all the way to his hometown — and ultimately, his quest might put his family in the line of fire. 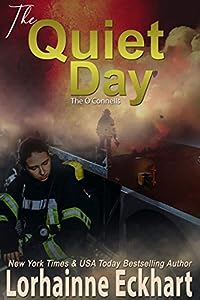 The Quiet Day (The O’Connells Book 4)
by Lorhainne Eckhart

As a female firefighter in a small town, Suzanne O’Connell knows that every day will go one of two ways: Either nothing happens, or she suddenly finds herself in over her head. Firefighters never, ever say the words “It’s a quiet day!” — because that’s when all hell breaks loose, and their peaceful, easy day suddenly turns into their worst nightmare. This is exactly what happens to Suzanne when she finds herself trapped with Harold Waters, local law enforcement officer and her old flame, and fellow fireman Toby Chandler, who, according to everyone, is the kind of guy you want watching your back.

In an unusual turn of events, the stakes turn deadly, and Suzanne discovers that trusting the wrong man could leave her life hanging in the balance. 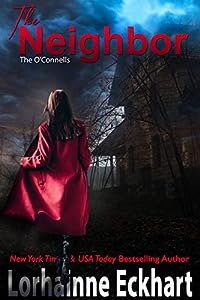 The Neighbor (The O’Connells Book 1)
by Lorhainne Eckhart

Park ranger Ryan is shocked when Jenny, a one-night stand from years ago, moves to his Montana town with her troublesome daughter, Alison. But he can’t resist the pull he feels toward her — especially once Alison goes missing and the truth about her daughter’s real identity comes out…

After the devastating loss of her husband, Jenny Sweetgrass packs up her teenage daughter, Alison, and moves to Livingston, Montana, hoping for a fresh start — that is, until Ryan O’Connell knocks on her door.?

Park ranger Ryan is one of the six O’Connell siblings in Livingston, raised by an independent mom who has been a rock to him. He has a career he loves, and up until six weeks ago, he lived a comfortable life. When a new neighbor moves in and disturbs the quiet peace of the area, bringing with her a daughter who’s walking trouble, Ryan is shocked to discover that the woman is a one-night stand he picked up at a bar years ago.?

Right now, the gorgeous Jenny isn’t too interested in making friends, but despite her cool façade, as Ryan gets to know her, he can’t fight an idiotic need to try to ease the pain he sees her trying to hide. At the same time, he knows deep down that both mother and daughter have a secret, and if he were smart, he would listen to his brother’s warning and walk away.?

When Alison goes missing, everyone in town believes she simply ran off or found her way into trouble, but nothing about her disappearance adds up. She simply set out on an afternoon hike into the park and never came back.?

Jenny soon learns she’s not alone when Ryan takes matters into his own hands and sets off with her into the park to find her daughter. What he doesn’t know is that Alison is actually his daughter, too, and when he learns the truth and the real reason she left, the secret could end up dividing the O’Connell family and the community.?