Who Can You Trust

Girl Targeted and Only Lies Remain by author Val Collins are award-winning psychological thrillers, set in Ireland, and featuring heroine Aoife Walsh. Incredibly thrilling and real page turners with some imaginative twists, these novels will keep you guessing until the end. Enjoy! 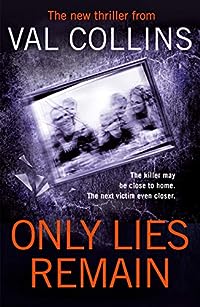 Only Lies Remain: A Psychological Thriller
by Val Collins

Everyone thought Danny Walsh deserted his family when his sons were young. But when Danny’s body turns up fifteen years later and his wife, Maura, is implicated in his murder, accusations and old rumours surface.

Aoife rushes in to clear her mother-in-law’s name. But why is it that Maura’s story concerning Danny’s disappearance doesn’t quite add up?

Aoife’s investigation uncovers old secrets, long-held jealousies, and lies upon lies. With every new revelation, Aoife realises she doesn’t know her family at all. Now her new boss is acting strangely, her best friend is more and more distant, and her husband is no help at all.

With her support network crumbling and her family threatened, Aoife must race to keep one step ahead of danger before more innocent lives are lost. But how will she uncover the truth when only lies remain? 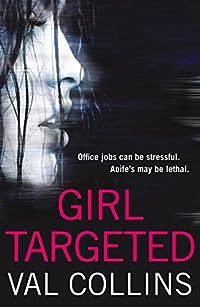 Where do you turn when you can’t trust your friends, your peers, your own husband?

Aoife is a contented newlywed, temping while she awaits the birth of her first child. When her agency asks her to fill in on a temp position, Aoife witnesses a horrific tragedy at the office — one that will change the course of her life forever.

Three months later, now employed full-time at the same workplace, Aoife learns that the ‘tragedy’ she witnessed was actually a cold-blooded murder. When she decides to investigate, Aoife discovers that everyone in the organisation has secrets they are desperate to protect. Even her friends cannot be trusted.

An attempt on Aoife’s life proves that somebody is going to extraordinary lengths to ensure the past stays dead and buried — and Aoife along with it.

What’s more, Aoife’s personal life is beginning to unravel. She’s positive she has a stalker but everyone thinks she’s imagining it. Her husband is turning into a stranger who doesn’t care that his wife’s life is in danger, even her mother-in-law is keeping secrets from her.

Convinced that solving the case is the only way she and her daughter will ever be safe again, Aoife rushes to uncover answers to a shocking scheme of greed, betrayal, and murder before the killer silences her for good.