A Time Not So Long Ago

From the award-winning author of the Best Military Fiction of 2018, Jack Woodville London brings readers this intelligent and engrossing collection with plot twists that will blow readers out of the water. These remarkable works of historical fiction are definitely ones not to be missed. Enjoy! 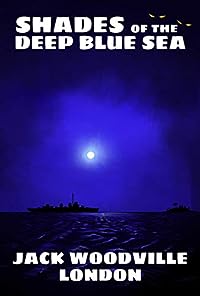 As their ship crosses the Pacific, headed to war in the Philippines, the bumbling Olafson looks for ways to kill Bart who is looking for ways to stay alive, all while the crew of the Renegade begins to believe that Bart might already have become a shade. But, the winds of war blow Bart and Olafson to the Spice Islands and the Japanese, and to Saya, who is fighting a war of her own. Can they survive in a jungle world of cannibals, poisonous birds, and a woman bent on revenge against the Japanese?

Shades of the Deep Blue Sea is more than a historically-precise novel of World War II in the Pacific. It also is a riveting foray into dodging torpedoes, machine guns, and Japanese patrols that makes one wonder whether Bart could actually see what happened beforehand. A shade, after all, is more than just a change of color… 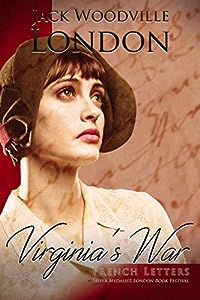 Tierra Texas is a town like any other small American town in 1944 — caught up in the war, boys in the military, men and friends gone to the city to work in the airplane factories, everyone wishing it was over and life would go back to what it was before. Everyone except Poppy Sullivan, who used his perch as owner of the local newspaper to know every secret — who had some hidden tires, extra ration stamps, a stash of gasoline, cattle hidden from the government buyers. It was a town where everyone knew everyone’s business. So, when the Thursday before Easter an announcement was posted on the post office bulletin board that Poppy’s daughter Virginia had eloped with her boyfriend, Captain Hastings, over Thanksgiving, the whole town was surprised, no one more than Virginia herself, who knew nothing about it.

Virginia’s War is a funny and wistful view of a simpler time where the worst of citizens took care of poor people and the best of citizens kept up a healthy trade in black market ration coupons, where boys played at soldiers and women wanted to have more of a say in their own lives. 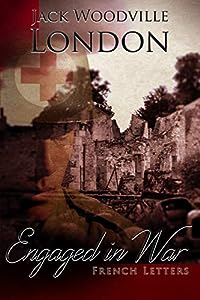 A landing beach in France, exploding under fire and littered with wounded men. Grim surgeries performed in a captured pillbox, in an orchard, inside a Calvados distillery barn. A crumpled glider falling out of a hedgerow.

And Géraldine Dupré, a young French woman who was not pretty, not exactly, but pleasant enough to look at.

This is the war of Will Hastings, a green Army doctor, five thousand miles away from Virginia Sullivan, his former girlfriend who had not written in months, and from Tierra, the little town that seemed to have forgotten him. This was his war in Normandy in 1944. 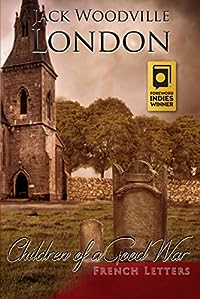 French Letters Children of a Good War, winner of Foreword Review’s 2018 gold medal for military and war fiction of the year, is the crown jewel in Jack Woodville London’s French Letters Trilogy. These novels of the United States in the second half of the twentieth century are written through the eyes of the Hastings family, their friends, their enemies, and their secrets. They portray a nation that was unified in World War II and prosperous in the years that followed, but gave way to bitter division over the Vietnam War and the struggle to find the nation’s soul by the generation that forgot its history and took its wealth, status, and privilege for granted.

Briefly, forty years after World War II, Eleanor Hastings already had learned that bombs can lie buried for decades before blowing up to hurt someone. Now it has happened again as a hidden cache of faded wartime letters is discovered in a cellar and reveal that Eleanor’s husband, Frank was a bastard who his father had brought back from the war in France, sending Frank on a quest to find out who he really is — and to uncover his family’s long-buried secrets.