I really wish I had a hedgehog problem in my backyard. That would be the cutest problem to have. I would be like, “OH NO! SO MANY LITTLE HEDGEHOGS RUNNING AROUND MY PLANTS!!” Then I would giggle and chase them around trying to put hats on them. Yes, that would be delightful. 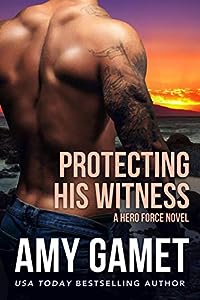 Scientist Summer Daniels is a witness to a bombing by an ex-employee who now wants her dead. Luke “Wiseman” Arroyo is a broken Navy SEAL on the verge of quitting HERO Force who must now stay and protect her. They’ll work together to find a rare element stolen during the attack, but Luke’s hiding a bombshell secret that could detonate a lot more than the explosive chemistry between them. 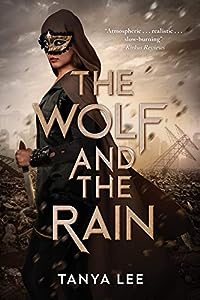 The award-winning story of a missing girl in a lawless city.

Global warming has divided the continent. Samarra has fled from the barren, authoritarian South to the Barrow, a northern city where the only things growing faster than the city’s piles of garbage are extremist cults and violent gangs. Her sole objective is survival: to stay hidden and stay safe.

With jobs in short supply, Samarra counts herself lucky to find work with the Vauns, one of the Barrow’s most powerful and dangerous families. As she learns to navigate the beauty, the horror, and the magic of the lawless city, she finds herself living in the shadow of a missing woman — the mysterious Raina, who worked for the Vauns before her. When the trail, long thought cold, heats up, Samarra must decide whether her newly gained chance at freedom is worth sacrificing for a ghost. 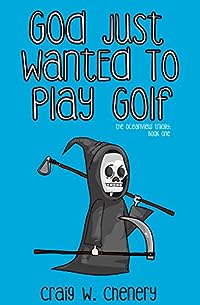 When Heaven screws up… All hell breaks loose.

God; omniscient creator, terrible golfer, and disgruntled CEO of Heaven, asks for little in life. He wants nothing more than for his private elevator to be repaired, ten minutes of peace and quiet to eat Girl Scout cookies, and an eighteen-hole round with the recently deceased British Prime Minister. So when a broken database causes his records department to send The Grim Reaper a list of souls not ready for reaping, his once peaceful life quickly begins to unravel.

Furious with Heaven’s ineptitude and the problems the disruption is causing his daily routine, The Grim Reaper retaliates with an unprecedented response. He skips the next reaping on his list and as a result, causes an army of bloodthirsty zombie-demons to be unleashed on the peaceful town of Oceanview, Arizona.

After a few days of the apocalypse running unchecked and a rapidly increasing body count, Heaven learns the location of the events occurring below and determines divine intervention is required. When the Oceanview survivors mistakenly kill the angels sent down to help, Heaven has no to choice but to call in the big guns, and God himself is forced to visit Earth for the first time, making an already dire situation much, much worse. 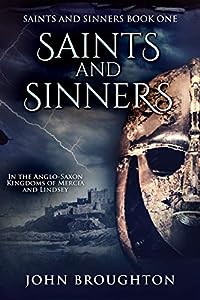 Saints And Sinners: In the Anglo-Saxon Kingdoms of Mercia and Lindsey
by John Broughton

Saxon times were not called the Dark Ages for nothing. It was a violent, unrecognizable world of kill or be killed.

In seventh century England, tribes and so-called kings vie for power and blood flows throughout the land. Aethelred – ruler of Mercia – is being pressed from all sides, and his wife Osthryth dies under unknown circumstances. Osthryth’s ring falls into the hands of warrior noble Aethelbald, who is accused of her murder and forced to leave Mercia by his conniving cousin Coeolred, who has eyes on the throne. When Aethelred abdicates and the weakling Cenred assumes power, Coelred sees a path to become the king.

With a court rife with would-be successors, can Aethelbald survive and become Bretwaldas – the ‘Britain-ruler’ – and sweep aside the underkings to unite the land?

Based on true stories, John Broughton’s Saints and Sinners shines a light on the murky Dark Ages, and recreates a Britain on the cusp of momentous change.

The Amsterdam Deception: Book One in The David Knight Series
by Tony Ollivier

On his first international tour with the National Ballet of Canada, dancer David Knight is abducted from Amsterdam’s Red Light district and dragged to a clinic owned by Richard Reynolds, a billionaire with a serious problem. A prototype for a device that could save Reynolds’ company has gone missing and the only one who knew its whereabouts, a Cold War spy, is dead.

To find the missing device, Reynolds forces David to undergo a procedure to “host” the last thirty seconds of the spy’s memories. The procedure goes awry, however, and the spy’s memories, skills, and abilities download into David and break him free from Reynolds’ clinic. Dazed and disoriented, David stumbles out into the Amsterdam night and into a world he has only ever encountered in spy novels.

As the hunt begins, Reynolds needs David alive, but a rich televangelist wants him dead. Another man’s memories become David’s only protection in a battle between religious greed and corporate profits. 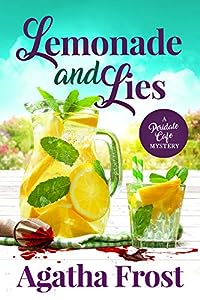 When the entire village is invited to a garden party for a mysterious ‘special announcement’, nobody expected that party to end with a man being thrown to his death from a window. The murder is committed at Julia South’s estranged father’s manor, so all eyes in Peridale turn to her to solve the case. In a race against the clock, Julia must juggle her blossoming romance with Detective Inspector Brown, and her young lodger, Jessie’s, sudden strange behaviour, to uncover the truth behind the man’s untimely death. With members of her own family in the frame, will Julia like what she discovers?