Good morning book lovers happy Labor Day! And happy 3 day weekend! Now I am not sure about you but I am not a huge fan of heat. Don’t get me wrong I love summer and laying in the sun getting tan but I have a max heat before it becomes too hot it is somewhere in the upper 80’s -90’s. When it hits those temperatures I need some body of water to cool off in. But these last couple days and even now I can tell today have been like death to me. Yesterday it hit 108 where I live! 108! That is just not okay. Even now early in the morning I can feel it starting to get warm which means once again today I will melt like a popsicle… The Apprentice 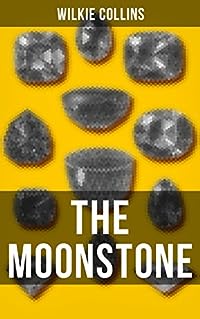 THE MOONSTONE
by Wilkie Collins

Rachel Verinder, a young English woman, inherits a large Indian diamond on her eighteenth birthday. It is a legacy from her uncle, a corrupt British army officer who served in India. The diamond is of great religious significance as well as being extremely valuable, and three Hindu priests have dedicated their lives to recovering it. 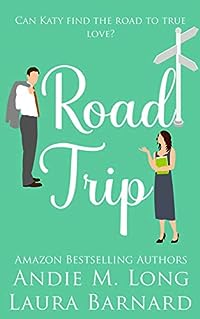 After the end of a car crash relationship can Katy find true love?

Catching her sister in bed with her fiancé, school teacher Katy Cornish enlists playboy colleague Felix Montague to help her save face. What she doesn’t bargain on is them both losing their jobs in the process.

With money running out, Katy must endure the rude and arrogant Felix while they embark on a road trip around the country in hopes of securing a new job. But there’s just one problem… they’re up for the same posts. This road trip is going to be unlike any other, with them doing whatever they can to sabotage the other.

Can they see past themselves and their egos to each other? Or will their desperation to continue their careers drive them apart?

Some say that in the city of Orlyn, godhood is on sale to the highest bidder. Thousands flock to the city each year, hoping for a chance at immortality.

Lydia Hastings is a knowledge sorcerer, capable of extracting information from anything she touches. When she travels to Orlyn to validate the claims of the local faith, she discovers a conspiracy that could lead to a war between the world’s three greatest powers. At the focal point is a prisoner who bears a striking resemblance to the long-missing leader of the pantheon she worships.

Rescuing the prisoner would require risking her carefully cultivated cover – but his execution could mean the end of everything Lydia holds dear. 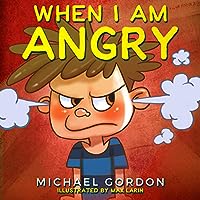 When I am Angry
by Michael Gordon

Did you know that anger isn’t all bad?

* Teach children to identify their anger signs
* Anger is a normal, healthy emotion.
* Teaching your kids to deal with disappointment
*Solutions that help kids handle their hot feelings in healthier ways