Today I am getting my hair cut. The last time I got it cut was December 15th. Correction. The last time I got it cut by a professional was December 15th. I cut my own hair a few times, and just a few pieces at a time. My ends look like they were attacked by a very angry pincher bug. I would feel embarrassed about it, but I know there are a lot of people in the exact same situation at me, sooo ya. I have been trying to grow my hair out long for years, and right now it’s the longest it has ever been, but it looks awful. All straw like. A lot of it will have to go. I am okay with that. At least I know my hair will look good again. Still wild, but at least healthy. 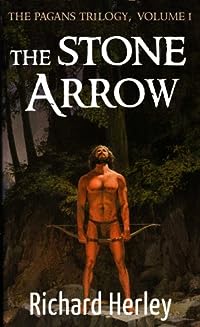 The Stone Arrow (The Pagans Book 1)
by Richard Herley

Southern England, 3000 BC. Incomers, bringing agriculture from mainland Europe, are wrecking the virgin forests with slash-and-burn. The ancient territories and way of life of the native, nomadic hunter-gatherers, unchanged for millennia, are under threat.

Political rivalry inside the village of Burh, and the farmers’ superstitions, result in an attack on a nomad tribe in its nearby summer camp.

Tagart, the heir to the chief and at the very peak of his powers, is the only survivor.

The farmers thought they had killed everybody. They could not have made a worse mistake. 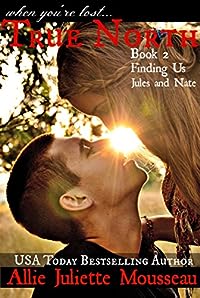 What happens when a rough rodeo rider finds out the woman he loves but could never have; a shy, soft spoken, sheltered virgin is a bestselling erotic romance writer and the stories are her fantasies about him?
True North Book 2 Finding Us:
Nathaniel Morrisey thinks he has a handle on his affections for the one woman he’s ever cared about, Julia North, who happens to be his boss’s daughter and best friend’s little sister. But Jules is about to blow that calm self-control he’s had a tight grip on all to hell.
The North brothers are wild, adrenaline-junky thrill-seekers who thrive on challenge, speed and danger. Their little sister, Jules, is a sweet, quiet, bookworm who’s been overprotected all her life by her hulking big brothers… but she is a North after all, so she has her own wild streak — a secret that none of them expected, especially not Nate!
Nate’s desire to protect Jules — especially from himself and the overwhelming emotions he feels for her — have waged a war inside of him. He is plagued by painful secrets and shame because of a childhood full of abuse he knows he can never escape. How can he possibly love a woman like Julia North the way she deserves to be loved?
Julia North knows Nathaniel Morrisey is the only one for her, but with a past like a dark shadow, Nate’s as turbulent as the wild horses he rides.
Will Jules be strong enough to hold on unconditionally, or will she decide it’s finally time to let go?

The year is 2012, and the theocratic American Government of National Unity has increasing problems both at home and abroad due to its openly racist and hostile policies. Darnell Sidwell, USAF, but on extended detachment to the Israeli moon shuttle program as a pilot has gone to Wales to visit his sister… and to potentially find a miracle cure for the eye disease that threatens to end his career. There, between the American Security Ministry agents following him and an old man who seems to have walked out of myth wanting to recruit him for… something… Darnell discovers that the world is not nearly as logical or sensible as he always believed.

And then the world-encompassing pandemic flu begins. 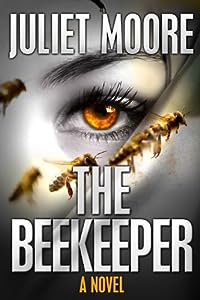 A trigger-happy young detective becomes immersed in a world of bees and mad honey in order to catch a murderer.

Miami homicide detective Elizabeth Stratton knows she’s lucky to still have a job, but she’s tired of only getting the easy cases. She’ll never be able to regain the respect of her colleagues without a chance to prove she’s no longer an anxious mess who shoots at anything that moves.

Her opportunity comes during a routine check at a near-abandoned hotel. While trying to save the living, she finds the dead. In the midst of a bee infestation is the body of a young woman, her mouth filled with honey.

Elizabeth is grudgingly allowed to keep the case, which rapidly becomes compelling when the honey is found to be poisonous and the bees follow her home.

But just when she’s closing in on the killer, he targets her new friend and Elizabeth must brave the high winds of a category four hurricane to save her.

The Beekeeper is Book 1 in the Elizabeth Stratton Mystery Series. 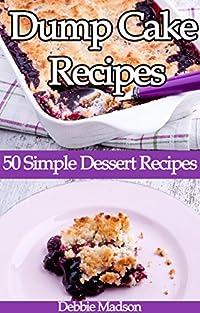 Dump cake is an easy way to describe desserts that you dump all the ingredients together and bake. It has become an easy way to create delicious desserts. Dump cakes are similar to cobblers or crumbles.

They include fruit, cake mix, butter, spices and nuts, if desired. The prep time is always quick as you are dumping in the ingredients but the outcome tastes like you’ve taken a lot of time baking.

There are 50 Recipes included in the book with a variety of flavors including: