There are no words to describe the sounds coming out of my house right now. Today is my youngest basset’s first day of Junior High School band. My sweet boy picked the trombone. OH! There’s that sound again. Now it’s coming to me. It sounds like an elephant is having issues. What on Earth did that child eat last night?? Is that a rhino crying? My pup, Junebug, is wondering why I am not concerned. I am sweet pup. I am concerned about what the neighbors are going to think. DISTANCE LEARNING ROCKS…. the house.

Horses, mansions, tea parties, and lies are twenty-year-old Hannah Taylor’s life. To others, her family and her relationship with Eric is perfect. But she knows the truth. She lives it.

After a fire takes her grandma’s life and kills her horse, Hannah’s immaculate life spirals out of control. Her father disapproves of her decision to run her grandma’s ranch instead of focusing solely on learning the family business; Animal Control brings her Argus, a mistreated horse that she can’t turn away even though she’s not ready for another horse; and her boyfriend, Eric Bennett, a world famous polo player, becomes possessive and authoritarian. Despite her best efforts to disguise it, Hannah grows wary of him.

Then, Leonardo Fernandes struts onto the polo scene. A cocky rookie with a messy life of his own, he’s drawn to Hannah and isn’t afraid of showing it, even when Eric makes it clear she is his and he’ll do whatever it takes to keep it that way. Hannah suffers for Eric’s jealousy. The abuse only gets worse when Leo steals the title of best polo player in the world from Eric.

But the title isn’t enough for Leo. He wants Hannah too, and she can’t deny her attraction to him either. Somehow, she must find a way to break free from abusive Eric before he breaks every bone in her body. 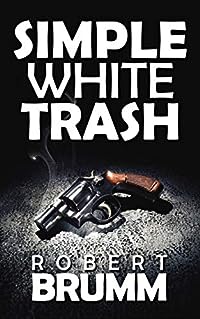 After three years in Mississippi State Penitentiary, Carl O’Donell re-enters society with simple plans – get back to work pushing drugs and keeping an eye on his younger brother Jimmy. He quickly learns that not only has Jimmy been committed after yet another failed suicide attempt, but his old boss is dead at the hands of Mexican drug lord Armando Vega as well.

Carl’s only way to quick cash and a fresh start is through Armando. Carl is hired for a simple assignment of busting up a rival meth lab that turns complicated and deadly. Now Carl and his brother are on the run from the cartel as well as the police after a messy robbery. It would be a lot harder to find them if they didn’t leave so many bodies in their wake. 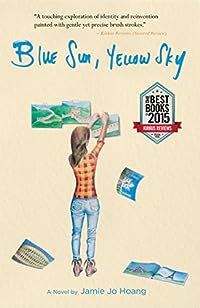 Hailed as “One of the best technical painters of our time” by an L.A. Times critic, 27-year-old Aubrey Johnson is finally gaining traction with her work. But as she weaves through what should be a celebration of her art, a single nagging echo of her doctor’s words refuses to stay silent — there is no cure. In less than eight weeks Aubrey is going blind.

Traveling on a one-way ticket around the world with childhood friend Jeff Anderson, Aubrey is in complete denial. But a blindfolded game of tasting foreign foods in China jolts her into confronting the reality of her situation. So begins her quest.

In this adult coming-of-age story, Aubrey struggles to make sense of her crippling diagnosis. But on her journey she finds a deeper understanding of herself and her life — sometimes fragmented and complex, but always with relentless truth.

Dustfall, Book One – Shadows of a Lost Age
by Glynn James, J. Thorn

“With every light comes a shadow.” – Dustfall

In a ravaged tribe on the edge of humanity, the suspicious death of a chief thrusts a man into a dark realm for which he is unprepared. When Jonah inherits leadership of the Elk Clan from his father, many in the old man’s inner circle question his son’s ability to lead the tribe to their winter shelter at the ruins of Eliz. A dark stranger, a journey over hundreds of miles of dangerous highway and clashes with feral gangs will push Jonah to the edge.

From bestselling authors J. Thorn and Glynn James comes Dustfall, a new post-apocalyptic series chronicling one man’s challenge and his epic quest to save what remains of humanity. 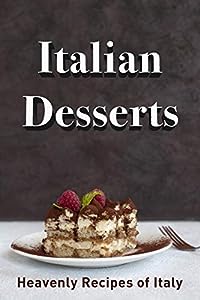 Italians know how to live. They know how to eat and drink. And they especially know how to create scrumptious desserts. In this book, you will be taken on a delicious and decadent culinary journey of Italian sweets – from classics like biscotti and tiramisu, you will find desserts from affogato to zuppa inglese.

Whether you’re serving a crowd or simply satisfying your own sweet tooth, this cookbook brings the rustic and diverse baking traditions of Italy into your home kitchen. And with recipes that are simple to make and require little prep time, indulging in a true Italian baking experience is easier than ever.