I really missed garage saleing this Summer. I was not able to go to even ONE garage sale. On top of that… while out on my walks, everyone has their garage door closed. It’s not like all the people who are craving a good garage sale are just going to wander into any open garage door. I just want to be able to see inside as I slowly walk by and daydream about a time when garage saleing will be back in season. Maybe see what might be for sale next Summer? Kind of like a preview! 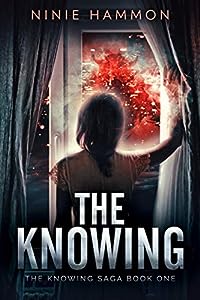 Sorceress of psychological suspense, Ninie Hammon, brings you the first book in The Knowing Saga, a sprawling tale of spiritual warfare that spans a quarter of a century. If you crave sleep-with-the-lights-on suspense coupled with characters so true they’ll feel like family, The Knowing will open a world you won’t want to believe is real. But it is.

It starts with a school shooting…

It ends with the return of an evil as ancient as the bones of the universe.

When the hot call comes over the radio: “Code Red! Active shooter at Carlisle Elementary School,” Police Sergeant Jack Carpenter has only one job: find the gunman; take him out. Carpenter rushes into the school, fully armed and focused on cold, hard reality. But what happens to him there shatters the world as he knew it. And in the next three days, everything Jack Carpenter believes about himself, about reality, about good and evil and the whole nature of the universe will be challenged.

Can it possibly be true — seriously? — that invisible demons prowl among us?

That a winged creature more horrifying than any Hollywood-animated, computer-generated, mechanical unreality, exist?

And that the single-minded mission of the beast — a creation of absolute, soul-less evil — is to kill Jack Carpenter? 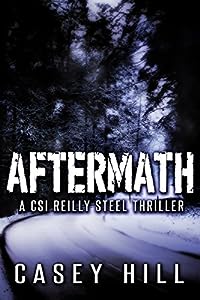 A random attack? Or a carefully choreographed diversion?
When a revered Irish sportsman is viciously attacked in his Dublin home during an apparent robbery-in-progress, Reilly Steel and the GFU team are tasked with finding the perpetrator.

Such a high-profile victim ensures the investigation is immediately under the spotlight, but Reilly worries that celebrity may be blinding everyone to the fact that nothing – in particular the victim’s wife – is quite what it seems.

Can she persuade her colleagues to look past the celebrity and carefully constructed public persona, and convince everyone that there is a lot more to this famous family than meets the eye? 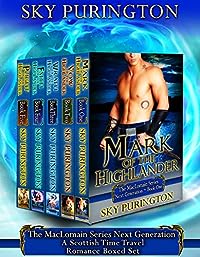 Sweeping romances. Exciting adventures. Strong heroines. Fierce heroes. Wild magic. Unforgettable battles in medieval Scotland. It all comes together in a best-selling Highland Time Travel Romance saga unlike any other. Welcome to the Next Generation of Clan MacLomain. 1000+ pages

MARK OF THE HIGHLANDER~ McKayla never could have imagined that the medieval Scottish Highlands she wrote about were anything more than pure historical fiction. But little did she know that her Broun ancestry would prove an irresistible pull for one very remarkable highlander. Colin MacLomain, skilled assassin and fierce warrior, is ready to make right his jaded past. Newly seated as chieftain, he’s determined to win over his clan and one true love. But will McKayla, his unknowing best friend, be able to see past his shaded history to the man he’s determined to become?

VOW OF THE HIGHLANDER~ Leslie has no desire to be part of the infamous connection between her Broun heritage and the MacLomain clan. But Fate is finicky and determined to thrust her through time into the path of the laird’s brother. Bradon MacLomain makes a vow to save his sister. Unwavering, relentless, he will travel the whole of Scotland to bring her home safely. When sharp-tongued, strong willed, Leslie ends up on his venture, he’s soon torn between his commitments and her distracting presence. Passion flares. Sparks fly. Truths are revealed. Only a sweeping journey into the rugged highlands will reveal if a modern day woman and a medieval Scotsman can see through promises made in, Vow of the Highlander.

WRATH OF THE HIGHLANDER~ Cadence wants nothing more than to be part of the unending draw between her Broun heritage and the medieval MacLomain clan. When an unexpected Claddagh ring appears on her finger, the distant past soon becomes her future. Though sure she was brought back in time for another man, the laird’s cousin soon draws her eye, then her every thought. Recently widowed by a traitorous wife, Malcolm MacLomain has no use for love. Merciless, he swears revenge on his enemies and embarks for war. When courageous and persevering, Cadence becomes part of his endeavor his broken heart starts to mend. Caught in an unexpected journey of forgiveness and discovery, two worlds collide and heal despite the, Wrath of the Highlander.

FAITH OF THE HIGHLANDER~ Like her cousins, Sheila wears a Claddagh ring meant to connect her Broun lineage with the MacLomain clan. Already having witnessed the strife ravaging the medieval Scottish highlands she’s eager to once more be thrust back in time… even if it’s into the arms of the enemy. Imprisoned fourteen winters and now first-in-command of the enemy’s army, Grant MacLomain must find a way to save all those he cares for. Though under the watchful eye of his master and chieftain, Keir Hamilton, he unleashes his plan the moment he connects with a lass from the future. Through hardship, forgiveness and even acceptance, Sheila and Grant struggle to push past their abused hearts and the war that divides them in, Faith of the Highlander.

PLIGHT OF THE HIGHLANDER~ With the dragon blood of her Viking ancestors coursing through her veins, Torra MacLomain has long tried to keep her Scottish clan safe. But a ruthless enemy has been watching… waiting. As Keir Hamilton launches his plan to possess her, many secrets come to light including her passion for a certain highlander. When Colin MacLeod’s undying love for Torra is discovered, he’s given an ultimatum. Watch his lass die a brutal death or defect from his clan to lead the Hamilton armies. Four winters later and in charge of Keir’s warriors, Colin battles in an ongoing war against the MacLomains. Yet the worst has come to pass. Torra is trapped by Keir. Now Colin must save her. Mysteries are revealed. Freedom is found. But most importantly, a love long repressed at last rises up determined to conquer all. 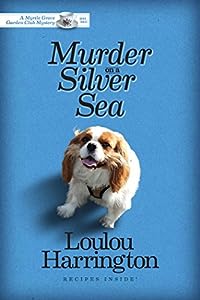 An aging heiress, the beloved dog who will inherit her fortune, and too many suspicious accidents. Or are they a prelude to murder?

Jesse Camden is a sucker for a mystery. So when Amanda Carmichael’s assistant Bethany asks the Myrtle Grove Garden Club to investigate what she thinks are attempts on her employer’s life, Jesse and Vivian Windsor agree. But before they can start, Bethany sends a frantic message that Amanda is leaving for her isolated estate in the Salish Sea, taking her dog Lady and a small staff, including Bethany, with her. As Jesse and Vivian go hurrying after them, disaster strikes again, and this time the “accident” is fatal.

Jesse and Vivian suddenly find themselves racing toward the unknown, determined to uncover the truth and protect the small dog who not only inherits Amanda’s fortune, but the danger that stalks this remote private island. 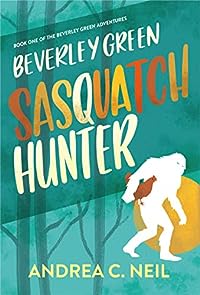 “I enjoyed reading it and found it entertaining and imaginative.” – Francis Coppola, director

They say you can take the girl out of Oklahoma, but eventually she comes home and needs your help chasing down her escaped chickens.

Beverley Green is starting over… with chickens. And possibly Bigfoot.

When 40-something Beverley finally has enough of big city living and leaves New York for small-town Guthrie, Oklahoma, she discovers “the simple life” is so much more complicated than she’d thought.

Beverley adopts Guthrie as her new hometown, opening a bookstore and taking a job writing for the local paper, hoping to write her first novel in her free time. It sounded so simple when she came up with the plan. But she soon realizes she’s in way over her head.

Her landlady has it in for her due to a most unfortunate — and unusual — misunderstanding, and she keeps embarrassing herself in front of a mysterious handsome stranger. To top it all off, her editor at the paper insists she cover the recent spate of Bigfoot sightings. Which is ridiculous! Since everyone knows Bigfoot isn’t real, right? But Beverley seems to be the only person who doesn’t believe.

How can she gain acceptance from the locals while keeping her journalistic integrity and solve the Bigfoot mystery once and for all? How does she even start looking for her chicken, who has once again run away from home? And does a Bigfoot stakeout count as a first date? 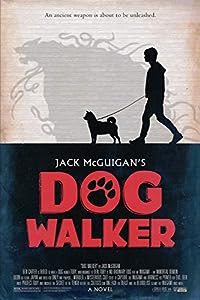 “A BOY AND HIS DEMON”

Ben Carter, pet care specialist, is hired to walk a Shiba Inu named Toby. Unbeknownst to Ben, Toby is no ordinary dog but an “inugami” – an immortal demon born in feudal Japan and bred for only one purpose… murder.

A mysterious cult seeks to capture the inugami and harness its power for evil. With the help of an elderly luchador and a cop with a heart of gold, Ben must protect Toby and uncover the secret of the Tengu before the cultists can unleash the beast and the bloodlust claims the inugami once more.