What Would You Risk?

This wonderful collection of mysteries by author Rimmy London will have readers devouring each delicious page. Enjoy!!! 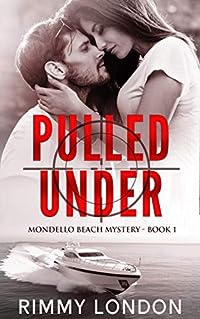 One man will bargain her life to save his own, and one will risk everything to protect her.

Loriel’s new job in the sunny, palm tree lined streets of LA is the chance she was hoping for. But her hopes are quickly dashed. She’s left with no real tasks and a vague suspicion that there’s more going on in the quiet halls of the oil industry giant than she could’ve imagined.

After overhearing a heated argument, she’s determined to find answers… and her new friendship with the CEO, Givanni, only leads to more questions. After sneaking a stray paper home, her internet searching leads to a dead end in Sicily. And with two Italian bosses, she can’t brush it off as coincidence.

With a powerful enemy on her heels, and not a single answer, Loriel has to decide once and for all if Givanni is a man to be trusted.

They said everything would be okay.

But watching Givanni as he’s dragged away by police was hardly the welcome they’d expected. Loriel is left to scour any resources she can to get him back. She’s up against an enemy that has never played by the rules, and it’s clear they think they’ve already won.

Determined to find him, she’s willing to sink to their level, and break every rule in the book to do it. The only problem is, after scaling a mountainside to finally look into his eyes, she sees an emptiness that signals defeat. But with his confidence and optimism vanished, can she somehow find enough strength for both of them? 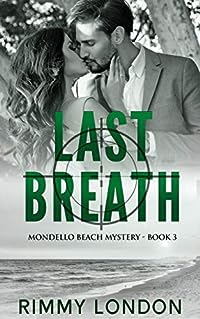 What would you risk for your last chance at happiness?

For Givanni and Loriel, skipping the country and living off the grid didn’t have the effect they were hoping for. Instead of riding out the chaos, their vanishing act has only added to it. Fans engulf them the moment they return, leaving them wondering when they’ll ever be free to be together.

Italy is suddenly a dark spot in the limelight with no real news going in or out, it’s clear the Italian Mafia has an entirely new plan in mind. A this one might wipe modern Italy off the map.

If Loriel and Givanni return to Sicily, will they be able to right the wrongs they feel they’ve caused? Or will they wish they’d stayed hidden away?

In this final battle that leaves you with fingers crossed that our heroes might somehow find their way back to each other, you’ll finally witness the moment you’ve been aching for. 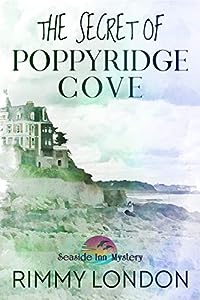 A hauntingly beautiful seaside mansion has been abandoned for decades… and for good reason.

When Abby stumbles on the crumbling estate, she’s uncommonly drawn to it. Even the chilling sight of decaying animals on the back porch or the two million dollar price tag isn’t enough to keep her away. Her boyfriend, Chase can’t understand why she’d want to spend more than two seconds at the dilapidated building, but there’s something calling to her, and she’s willing to risk even their relationship to discover it.

Through a surprising twist, she’s granted a way to purchase the building, and she takes the risk. But even if her wishes are coming true, there may be an ulterior motive behind the mysterious benefactor. Neighbors and friends alike are suspect in Abby’s strange happily ever after. But above all the mysteries, the one treasure she discovers is most important could be the one thing she stands to lose.

A thrilling escape to the wild Northern California coastline and redwood forests. Join Abby as she first enters the mansion with a heart full of dreams and longing, only to realize she may have left the very best things behind her. 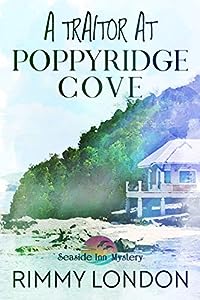 After two bad dates, can Emily overlook the flaws and ask Ryan for help?

Abby and Chase leave for a sudden getaway, putting Emily in charge of the seaside Inn. Always ready for a challenge, Emily dives in. But after a power outtage and guest complaints, she wonders if she should call someone for help. Ryan’s number is an emergency contact, but she’s determined not to call him. She’s seen how self absorbed he can be.

After a phone call from the beautiful Emily, Ryan’s hoping to get through the repairs as quickly as possible. It’s clear she’s labeled him as the spoiled, rich-boy type. But as they spend more time together, he’s curious what else might be going on. Something painful is hiding behind her wide eyes, and he finds himself anxious to help.

By the time Emily realizes she’s completely misjudged Ryan, it may be too late. Someone is sabbotaging the Inn, and their intentions run deeper than she could have imagined.