When The Sun Comes Out

Hubby and I have decided we what we want to get the baby bassets as the big gift for Christmas. A huge feeling of relief came over me because it was decided, and it was decided early. BONUS!!! But then he said the worst words you can say to me. “But don’t get it now…. we can wait.” In an instant, my stress level went through the roof! But…but… they might sell out? NO! BUY NOW!!! I would throw myself on the ground and have a temper tantrum, but I usually save temper tantrums for only once a year, and we still have a few months left in the year.  Not to mention, they take a lot of physical and mental energy, and its so muggy out right now, I would lose steam pretty fast. I can’t waste a temper tantrum on a short lived burst. Way too ineffective. No, I gotta wait for the weather to be just right, and maybe after a healthy breakfast. I will try again when it’s a bit sunnier. 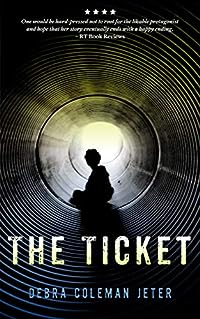 The Ticket
by Debra Coleman Jeter

Tray Dunaway, an ordinary teenager from a poor Southern family, longs to become part of the popular clique at school. Her mother, Evelyn, lies in bed most days with her bipolar tendency toward extreme highs or desperate lows. Meanwhile, Tray’s grandmother Ginny, still grieving over the loss of her husband, would love to move out and find a place of her own. Maybe even a bit of romance to replace the loss she feels. But given the sorry state of the family’s finances that’s not possible.

Then the Dunaways’ luck changes. Or so it seems.

Tray’s father drives a down-and-out friend of the family, Pee Wee Johnson, to Hazard, Illinois, so Johnson can buy lottery tickets. As a gesture of thanks, Johnson gives a ticket to Tray’s father. And what do you know? The Dunaways’ are suddenly rich.

When Johnson demands his cut of the winnings, Tray’s dad refuses. As Evelyn’s illness spirals toward madness, Johnson threatens the family. Now, what seems like a stroke of good fortune becomes a dangerous game of life and death for Tray Dunaway and her family.

The Ticket is a Selah Awards Finalist 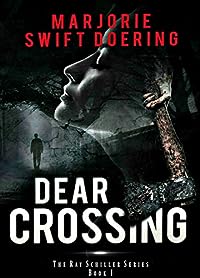 The wife of a prominent Minneapolis business executive lies dead in the couple’s secluded summer home. Not just dead — murdered. In the midst of personal turmoil, Ray Schiller is forced to follow the clues to the Twin Cities in pursuit of the killer.

Unraveling Paul Davis’s carefully guarded personal life threatens the new widower’s bid for the imminent opening for the presidency of ACC, the prestigious corporation founded and run by his father-in-law.

Ray’s tenacity turns up more suspects, but their greed, ambition and loathing erupts in deadly in-fighting. Just as he’s about to bring the case to a sudden, unpredictable end, a shooting incident threatens to destroy Ray’s marriage as well as his law enforcement career.

He battles back only to learn the devil is in the details, but the details aren’t what anyone expected. 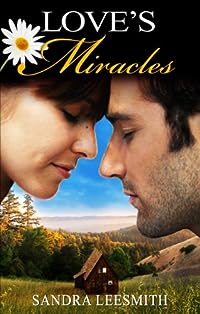 Dr. Margo Devaull came to Dominic Zanelli’s mountain retreat confident that she could help this Vietnam veteran overcome the torment that kept him apart from the world. But her training as a psychologist had not prepared her for the tragic, explosive contradictions brewing inside him. For here was a sensitive artist who could be gentle – and a man whose eyes flashed with violence and pain when he told her to leave and never come back. Yet Margo did come back, slowly gain his trust, and awaken the sleeping needs of his heart. Only by reliving her own wounded past and helping Zane confront a terrible memory from the war could she set them both free – and save their last chance for love. 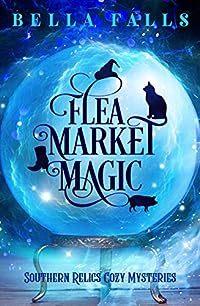 Welcome to Jewell, NC, a small strip of land on the Crystal Coast with no stop signs or traffic lights, but it’s got a whole lot of magic. Ruby Mae Jewell helps run the family business of selling antiques and refurbished goods. But with old objects, you never know when one of them possesses more than just dust and cobwebs.

When Rue hits up a flea market, she gets more than she bargained for. Finding a potentially dangerous magical object, she has to get it off the market and out of mortal hands. But when more research reveals its threatening nature to the magical community as well, she’s put to the test of what to do… especially when the find someone murdered on their land who was looking for it.

Ruby Mae struggles to balance doing the right thing and saving her family at all costs. But when things turn from bad to worse, it may get harder for her to know which choices to make.

Will her fiery personality and powers be able to solve the mystery before anyone else gets hurt or will Ruby Mae’s efforts to solve the murder go up in smoke?

Grab a sweet tea and a rocking chair to find out in Flea Market Magic: Book 1 of Southern Relics Cozy Mysteries! 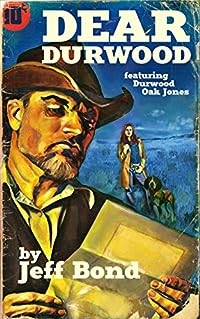 Durwood Oak Jones is a man of few indulgences. One he does allow is a standing ad in Soldier of Fortune magazine soliciting “injustices in need of attention.”

This month’s bundle of letters includes one from Carol Bridges, mayor of the dusty, blue-collar town of Chickasaw, Texas. For nearly a century, Chickasaw has relied on the jobs and goodwill of Hogan Consolidated, a family-run manufacturer of industrial parts. Now East Coast lawyers and investment bankers have taken aim at the company. The citizens of Chickasaw fear it may be acquired or bankrupted, leading to massive layoffs — effectively destroying the town.

Durwood and his trusty bluetick coonhound, Sue-Ann, fly to Texas to see what can be done. They find a young CEO born with a silver spoon in his mouth. Factory workers with hammers. A good woman, Carol Bridges, who knows her town is being cheated but can’t get to the bottom of how. And lawyers. 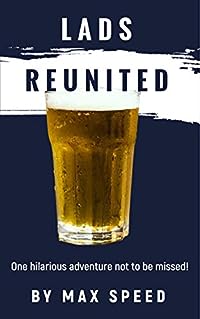 ‘This is FUNNY. A bus load of laughs’

A group of middle-aged men reunite, 20+ years since they were together in their younger days – a laugh-out-loud reunion which takes them on a 24 hour adventure.

They may not have seen each other for a long time but Baz King has booked a bus and brought together ‘Lads Reunited’ for one last day together – a day they’ve all been looking forward to for years and a day they’re not going to forget.

“Yes, it’s uplifting and one of the funniest books I’ve ever read but I can’t just stock it in our (deleted) store without you going through the proper procedures and that takes ages but I loved it… and don’t name our store in your blurb as we don’t allow that.” – manager of the left blank famous national book store.
So, the only way to pick up one of the funniest books you’ll ever read is to click here on amazon… … Lads Reunited – an absolute hilarious laugh out loud page turner – There’s not a book like it!