I don’t know why I torture myself. I came across an article this morning titled “Five Expert Tips for Surviving a Shark Attack,” and decided that it would be okay to read this article before my morning coffee. Spoiler alert! It wasn’t smart. I mentally can’t handle much in the morning before coffee, and seeing the words “Prey” and “Chum” were enough to put me over the edge. Number 1 – Don’t Panic. Yaaa… I won’t be able to not panic. What else ya got? Number 2 – Try to Maintain Eye Contact With The Shark. Now this I can do. I really think I wouldn’t be able to look away even if I tried. In fact, I think I might stare at the shark so much I would make it uncomfortable, like… very awkward. Number 3 – If A Shark Attacks, Fight Back. Again, I don’t think that would be an issue because I am certain my arms and legs will be doing all sorts of flailing around. Number 4 – If a Shark Has Bitten Your Arm, Keep It Over Your head. I’m just going to say okay to this one. It seems reasonable. Lastly number 5 – Whatever You Do, Try Not to Look at the Wound. You know darn well if someone tells you not to look, you going to look. I looked at my arms and legs right after I read that sentence just to be sure. Gave my limbs a little wiggle.. yup, still good. So now I am a little smarter, and I am armed with knowledge. Knowledge that I will never go in the ocean.

Guardians of the Second Son
by Allen Kent

On the eve of an announcement he claims will send shockwaves through the world’s Christian community, a distinguished professor of religious studies is mysteriously found dead. When an ambitious colleague, Nolan Lemay, discovers that the announcement involved disclosure of a first century letter from the disciple Thomas, Lemay attempts to acquire the manuscript and finds his own life in danger.

Three young women, trained from their youth to safeguard the secrets of an ancient text held by a small sect of St. Thomas Christians in southern India, track Lemay across Southeast Asia as he first attempts to make public the letter’s startling contents, then flees to escape the zealous pursuit of the Guardians of the Second Son.

Will the secret be revealed, or be lost forever? 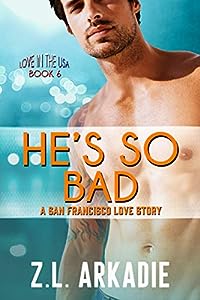 He’s So Bad: A San Francisco Love Story (LOVE in the USA Book 6)
by Z.L. Arkadie

Rock bottom is a lonely place for this unapologetic billionaire playboy. But can true love, the one thing he’s always rejected, be his saving grace?

He’s So Bad, A San Francisco Love Story is the sixth book in the LOVE in the USA Contemporary Romance Series by author, Z.L. Arkadie.

The Captain’s Strategy: Your Direct Route to Strategic Know-How
by Dr. Amos Raviv

The Captain’s Strategy defines a new way of thinking that provides a unique template to be implemented on any strategic model to create a powerful strategizing mix in the business world
Imagine that your business is a ship, and you are its captain, leading it to market shores. You cannot control the vast seas, the winds or the currents, the low or high tides, nightfall or daybreak, nor can you affect the weather conditions in any way.

However, you can set guidelines for your ship and crew, giving them instructions as to how to plan ahead, how to behave in certain conditions, which measures to undertake, what factors to consider, take down and analyze, and what actions to perform upon which conclusions are reached – while at sea, in real time.

Whether you are a manager, a CEO, a consultant, an analyst or still a student, this book is intended to help you dive into the complex world of strategy and strategy models in a straightforward and original yet not oversimplified way.

In this book you will learn strategy in the captains’ way:

• The unique Captain strategy template that can be implemented on any strategic model.

• New points of view and perspectives into your strategic thinking and management.

• Every model is demonstrated with a diagram, followed by a detailed explanation, and examples from the business world.

Dr. Amos Raviv is a strategy lecturer, researcher, and thinker for many years, and a relentless collector of strategic models. He invites you to make a leap forward and create your strategizing mix which will get you where you want to go, as fast as you want to get there 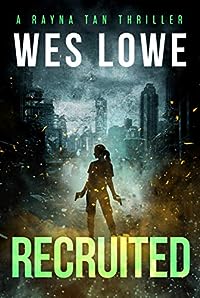 A suicide bomber
A funeral
A new beginning

Captain Rayna Tan had served with Canadian Armed Forces for six years – three in General Forces and three with the secret elite Special Forces JTF2. A combat veteran in Afghanistan and Iraq, she had nineteen kills to her credit. Any jackass trying to force himself on her soon experienced Rayna’s black belt skills in Judo, Wushu & Tae Kwan Do.

When Islamic terrorists took four US and Canadian forward air controllers hostage during a blistering battle in Iraq, the Canada United States Expeditionary Targeting Force tasked American Navy SEAL Captain Jonathan Rogers to head their rescue mission. Jonathan had instructed Rayna in jungle warfare in the Philippines and was pleased she was on the team.

A murderous assault ensued as they entered the house containing the hostages. Jonathan sacrificed himself to save Rayna, tackling a young girl with a suicide vest and driving the two of them out a window as she detonated the charges.

When Rayna attended Jon’s memorial service in California, Jon’s billionaire father asked if she would take the position designated for Jon – covert operative in his shadowy vigilante organization, Fidelitas…

Let Rayna take you on her explosive missions with their heart-stopping twists, fascinating locations and richly developed characters. 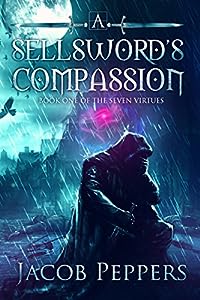 A Sellsword’s Compassion: Book One of the Seven Virtues
by Jacob Peppers

Faced with mythical assassins, a madman with superhuman strength, and a magic ball of light with a superiority complex, a sellsword takes on his hardest job yet — staying alive.

Sword-for-hire Aaron Envelar’s only loyalty is to his coin purse. While fools drench battlefields with blood in the realm’s war of succession, he keeps a steely focus. But when his latest mission turns sour, he’s stuck with a dead prince and an unbreakable bond with a magical glowing orb that curses him with compassion.

Hired to smuggle the prince’s sister out of the city, they’re hunted down by a host of mythical creatures and merciless assassins hellbent on destruction. But fighting his way to safety could prove impossible with the smug parasitic sphere turning each swing of his blade into a losing battle with his tender heart.

Can Envelar ignore his remorse and keep the princess alive long enough to collect his payment?

A Sellsword’s Compassion is the thrilling first book in the Seven Virtues grimdark fantasy series. If you like gritty heroes, sword and sorcery, and battles for the throne, then you’ll love Jacob Peppers’ action-packed tale.