Sunday On The Couch

This week is going to be a crazy week. With my oldest baby basset’s family birthday party on Wednesday and Halloween on Saturday, I am feeling a bit of pressure. I shouldn’t feel that way because both parties will be super small. We are still not exposing ourselves to a lot of people, and are staying pretty isolated to our core group. The pressure is that I want these two events to be amazing even with everything that is going on around us.  For the last month I have been announcing that “Halloween is not canceled! It’s just different and it will be amazing!” So now I gotta make it amazing. The decorations are almost done, and they are pretty festive, so no problems there. I have a Halloween Hunt (just like an Easter Egg Hunt) planned and ready to go. Each family that is attending will be bringing a treat for each kid’s spooky bucket (just like a Valentines Day box), so the kids will have PLENTY of treats. We also have Nerf Gun wars planned in the nearby park, and lots of junk food. I’m sure it is enough, but I will stress about it until the last guest leaves on Halloween night. Sunday will definitely be a day of rest and Hallmark Original Movies. 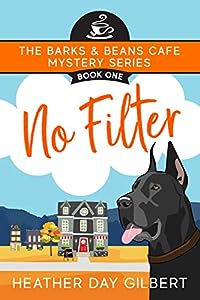 Welcome to the Barks & Beans Cafe, a quaint place where folks pet shelter dogs while enjoying a cup of java… and where murder sometimes pays a visit.

Fed up with her go-nowhere job, newly single Macy Hatfield moves back to her small hometown in West Virginia. She joins forces with her brother Bo in his crazy new venture — the Barks & Beans Cafe, which caters to dog lovers and coffee drinkers alike.

When a golf instructor is murdered at the nearby spiritual center, Macy winds up adopting his Great Dane. Just after Macy finds a mysterious message sewn under the dog’s collar, her Dane is dognapped. She launches into a relentless search for her newfound canine friend, but along the way, she digs up a cruel and confident killer.

Join siblings Macy and Bo Hatfield as they sniff out crimes in their hometown… with plenty of dogs along for the ride! The Barks & Beans Cafe cozy mystery series features a small town, an amateur sleuth, and no swearing or graphic scenes. 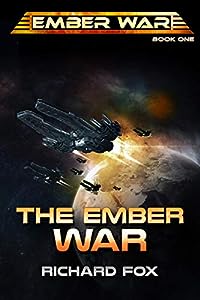 The countdown to the invasion of Earth has begun.

A merciless alien race bent on human extermination has pointed its armada towards Earth. The countdown to their arrival begins.

A mysterious intelligence warns only a young scientist, Marc Ibarra, of our impending doom. Together, the two create a plan for humanity to survive the invasion. Even with the aid of advanced new technology, Marc is faced with a major problem. The plan — if it works — can only save a fraction of us.

Who survives? Who dies? How can humanity win the battle against almost certain annihilation?

With what will only be an ember of humanity left, will it be enough to rekindle our chance for survival and strike back at the Xaros?

The Ember War is the first novel in an epic military sci-fi series. If you like The Legacy Fleet by Nick Webb or Omega Force by Joshua Dalzelle, then you’ll love this explosive adventure with nail biting sci fi battles across the stars. Read this now! 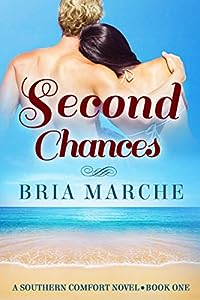 Life sails along smoothly on beautiful St. Thomas for Abby Melrose Bellavance, or so she thinks. That is, until her husband Remy steals her trust fund and disappears for parts unknown. Now, with five million reasons to write off men for good, she returns to Charleston, broke and groveling at her mother’s feet.
Living again in the opulent mansion on South Battery, Abby is thrown another curve ball. Her mother passes away, leaving Abby with an enormous home but no money to support it.
Turning the mansion into a boardinghouse has its advantage — immediate cash — and disadvantage — two of the hottest men in Charleston are now Abby’s tenants.

Abby wants love again, especially with hunky Erik, the handyman, and sexy Brandon, the prominent attorney, living in the mansion with her. They are so different, yet they’re similar in one way she needs to avoid — they are men, and she should keep her distance.

As the southern summer blazes on, Abby’s life becomes even more complicated. Personal secrets are revealed, and fate deals her one final blow. She wonders if she will ever be given a second chance at falling in love.

Second Chances, Book One, in the Southern Comfort series, is a book that will appeal to fans of romance, chick-lit and women’s fiction novels. Southern Comfort is a heartfelt series with best friends, hot guys, humor and just enough twists and turns to have you anxiously awaiting the next book.

Note: There are no cliffhangers in this series, but since the characters carry over, the books are best read in sequence. 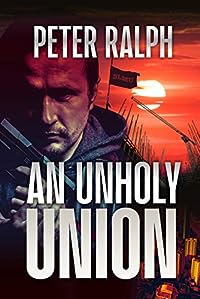 An Unholy Union: A Gripping Crime Thriller
by Peter Ralph

With the Las Vegas mob snapping at his heels, young builder Luke Cramer fearing for the safety of his wife and baby son heads to Australia’s Gold Coast.

After getting a lucky break, Luke starts his own building business, and within a few years, is a millionaire. However, the lawless and violent Builders Laborers and Mining Union (BLMU) want their cut, and there’s nothing they won’t do to get it.

Complaining to the police doesn’t help because they’re in the union’s pocket. Desperate, Luke returns to the U.S. and recruits his best friend and hitman, Joe “Ratsy” Ratsch, to level the playing field.

When the union appoints a powerful new leader with murder on his agenda, he ratchets up the stakes.

Luke can fight, or he can run…

Like all of the Winships, Charlotte was born with a curious gift. After news of a tragic accident, she races back to her hometown of Port Townsend, Washington. In this isolated seaside village filled with a century of ghosts, she is faced with having to come to terms with her gift of receiving messages from the dead. Amid the peculiar fabric of childhood memories, Charlotte is thrust into the heart of a long forgotten mystery that leaves her family on the precipice of ruin or renewal. The Curious Ways of the Winships combines the beauty of magical realism with gothic fiction to reveal hidden obsessions, family secrets and the resurrection of a tortured soul.