Gods of the Ragnarok Era by Matt Larkin

Matt Larkin writes retellings of mythology as dark, gritty fantasy. His passions of myths, philosophy, and history inform his writings, and he strives to combine gut-wrenching action with thought-provoking ideas and culturally resonant stories. Find out for yourself why so many readers love  The Gods of the Ragnarok Era series , a grim fantasy that retells the classic Norse myths in a whole new way. Enjoy 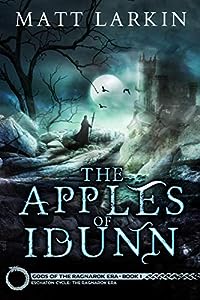 The Apples of Idunn: Eschaton Cycle (Gods of the Ragnarok Era Book 1)
by Matt Larkin

Before he was a god… Odin was a man.

Only a fool would venture into the soul-stealing mists. That’s exactly where Odin is going. Along with blood-brother Loki, he hunts the frost giant who murdered his father.

Caught between the machinations of Loki and a goddess, Odin is drawn into a world of sorcerers, trolls, and terrible secrets. Before he’s done, Midgard will drown in blood.

But what if revenge was only the beginning? A chance at immortality looms. If only he can bear the price… 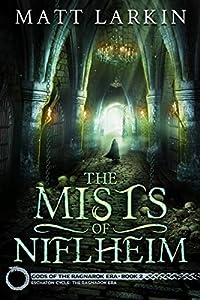 The Mists of Niflheim: Eschaton Cycle (Gods of the Ragnarok Era Book 2)
by Matt Larkin

Idunn’s apples made Odin a god-king.

Now, she calls upon him to overthrow her people — the very gods he has long worshipped. In his way stand mist-worshipping sorcerers, draugar, trolls, and all the horrors of Hel.

Can Odin guide his people past such threats?

And even if he can reach the gods, can he defeat them?

The Shores of Vanaheim: Eschaton Cycle (Gods of the Ragnarok Era Book 3)
by Matt Larkin

The final steps are the longest

A timeless paradise of the gods greets him. There he meets Freyja, a woman with whom he’d gladly pass eternity.

But the Fates are fickle.

Freyja is the daughter of the king Odin has come to overthrow.

Will he choose destiny or his heart?

Either way, he will lose something dear. 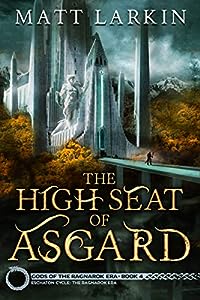 The High Seat of Asgard: Eschaton Cycle (Gods of the Ragnarok Era Book 4)
by Matt Larkin

Even gods can bleed.

Odin’s people are the new gods of Midgard.

Odin’s son has become a champion of mankind.

But fame has a price.Odin lost his beloved Freyja.

How far will he go to reclaim his lost love?

The latest instrument of his will is Sigmund — a werewolf obsessed with vengeance on a despotic king.

Can Odin’s machinations bring him back to Freyja without destroying all around him? 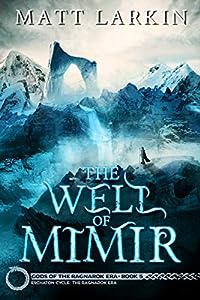 The Well of Mimir: Eschaton Cycle (Gods of the Ragnarok Era Book 5)
by Matt Larkin

What would you sacrifice for the future?

Odin’s mind is lost in the mists of time, unable to make sense of cryptic visions. He remains certain of one thing alone: a final battle is coming.

One that, should he lose it, all humanity will die.

To win this battle, Odin must harness his prescient knowledge, but the only way to do so is to drink from the lost Well of Mimir. The Well lies beyond the perilous stretches of Jotunheim.

But even if Odin can reach it, will he be able to pay its price?