POP QUIZ! WHO ARE YOU?

Every time I leave my house, my stress level goes way up. When I see someone is looking at me, even a quick glance, and I freak out. To be clear, they are not weirdos. These people are being normal, and just going about their day as normal people. The issue I have is they have a mask on, so I am never sure if they are just someone I know, and they are recognizing me. They have a mask on! I have no clue who they are!! My first instinct is always to turn and run. I already had anxiety about remembering peoples names, now I have to remember their names and recognize them while they are wearing a mask!!!??? OH HECK NO!! It’s like a pop quiz every time I go outside. Do I really need all that food and toilet paper? No..no I don’t 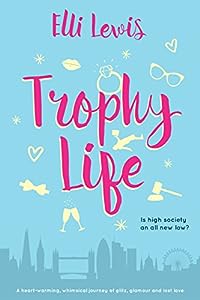 An accidental trophy wife must survive the deepest depths of high society.

She has a degree, ambitions and something resembling a mind of her own. The trouble is, she just doesn’t use it anymore. Married to handsome aristocrat, Harry Green, Amy’s world is a whirlwind of luxury, labels and lunches.

But amidst the peerages and polo of the privileged few lie wolves in minks’ clothing.

Before she knows it, Amy’s perfect existence is plunged into chaos by the poshest of plots. Ominous heiresses, simpering starlets and a terrifying mother-in-law abound as Amy faces up to some harsh realities.

Can Amy survive life in the upper crust? Or is high society an all new low? 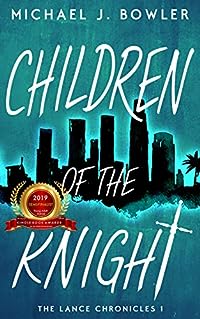 Children of the Knight (The Lance Chronicles Book 1)
by Michael J. Bowler

An orphan boy. A mysterious stranger. A city in crisis.

When 14-year-old Lance is saved from death, his life is forever changed. For starters, his savior claims to be King Arthur, the once and future ruler of ancient Britain. Lance has met lots of weirdos on the streets of L.A., and they claim to be many things. But this “king” not only reeks of sincerity, he wears armor, rides a gorgeous white horse, and lives in the storm drains underneath the city! Arthur has a throne, old-school clothes, and weapons up the wazoo. Swords, daggers, bows and arrows — the kind Lance has only seen in movies.

Turns out this Arthur guy wants to start some kind of revolution. He plans to collect other cast-off kids like Lance — even teen gang members — and create a New Camelot of Knights to gain more rights for youth and shake up the out-of-touch politicians who run Los Angeles.

Lance is all for helping kids like him. He’s spent his entire life in and out of the system, and it sucks. And he wants to believe in Arthur, but doubts even a king can accomplish such lofty goals. Despite these uncertainties, Lance readily accepts the position of First Knight — youth leader of Arthur’s new army — thereby setting in motion a crusade of tsunami proportions. When the children rise, will the city fall?

Death Came Calling, But I Wasn’t Home
by Floyd Schneider

“Sarge, are you dead?”His question brought me back to consciousness. “Uh, no, at least I don’t think so.” I felt something sticky under my shirt. I reached inside my shirt, and my hand came out soaked in blood. The only thought that went through my mind was, “This is my blood on the outside of my body. This is not good.”I joined the Army because I wanted freedom. My high school principal told me that I needed to grow up. We arrived in Vietnam on Dec. 15, and on Christmas day 1967, I grew up. A “training mission” turned into a full-scale firefight. Surrounded by killing and death, I had no time to reflect on my expectations of combat. We searched the bodies of those we had killed for any traces of information about their units. We treated our wounded. We put our dead on helicopters, and we returned to base as “experienced” combat soldiers. Why did I survive, and others did not? Although I puzzled over that question, it became clear that my job in combat, as a squad leader, was just to stay alive, keep my men alive, and kill the enemy. If I died in the process, so be it. I just didn’t want my mother to suffer the loss of her only child. Schneider received four Purple Hearts, three in one day. He also received an Army Commendation Medal with V for valor. While his squad was under fire and he was wounded, he rescued three of his wounded men and continued to direct his squad. 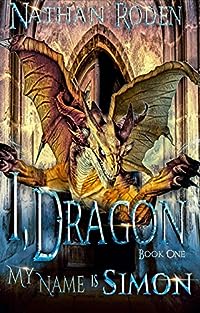 My Name Is Simon is the first book in the I, Dragon series, a set of captivating fantasy novels. If you like fast-moving plots, suspenseful sword and sorcery tales, and dragons galore, then you’ll love Nathan Roden’s fantasy with finesse. 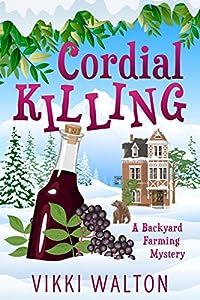 A fun Colorado bed and breakfast who-dun-it perfect for days stuck inside.
When the Brandywine Inn guests are trapped with a killer in their midst, Anne Freemont tries to uncover the killer before anyone else dies. But as the blizzard approaches, is there a ghost in the bed and breakfast too?

Anne Freemont is excited about the opening of the Brandywine Inn. When the guests arrive, it’s easy to see that there’s bad blood in the group. When one of the guests dies, it seems to have been of natural causes but when another person dies, Anne knows that a killer will stop at nothing for revenge. As a blizzard bears down on the inn, can Anne uncover the killer before someone else dies?

Cordial Killing is the second book in the Backyard Farming series by Vikki Walton. The backyard farming series can be read in any order. Each book has a theme and Cordial Killer is about elderberry cordial, along with the theme of friendship.