Enchanting and mysterious, the Essence Chronicles by C. C. Mitchell is the perfect escape. Readers will certainly enjoy this spellbinding series. Grab your copy today! 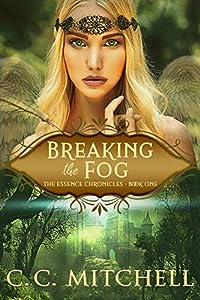 Breaking the Fog: The Essence Chronicles Book One
by C. C. Mitchell

A forest, a waterfall, two strange men, and no memory…

Nika’s first taste of freedom is bitter when she finds herself traded to a shopkeeper in the capital city. She has no recollection of how she ended up in the forest where the two strangers found her. Dreams that are far too real plague her nights and she questions the past that she can’t quite see through the fog in her mind.

Nika is sent to the palace as an assistant for the overworked librarian and the rare opportunity for answers quickly turns dangerous. Nika’s dreams become more vivid and her body begins to change. She no longer only wonders where she came from, but also what she is. She must guard her secret close, tucked away from the king’s wise gaze, but Nika will have to choose between saving another’s life and remaining hidden. 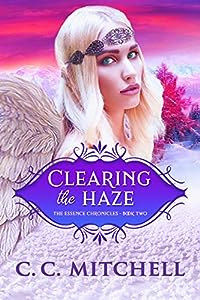 Nika’s memory has returned, but her body is broken. After a traumatic event inside the palace, she escapes to ensure the safety of her newly made friends and for the sake of her own freedom. She struggles to evade those who hunt her, traveling alone through dangerous parts of the Kingdom, but also finds help in unlikely places.

Her goal is to leave the Kingdom entirely by way of the port city in the west, but her path is twisted to the north by the king’s guards and mercenaries hired to capture her. She hears a rumor about strange sightings near the impassable mountains of the north. Desperate to know if she is the only one of her kind, Nika finds a way through the mountains to discover if the rumors are true. Just when all the questions she ever had are starting to be answered, one of her friends is abducted. His life hangs by a thread and she must make a choice that will change her own life forever once again.

Nika is gone. She walked into North Manor, into the claws of Sars Rafas, to trade her life for Ecco’s. The prince returns to the palace in one piece, but not unscathed. He is locked in his chambers to heal from the wounds Rafas inflicted that could have killed him, and as punishment for defying the king’s orders. Ecco’s mistakes plague his mind but his feelings of uselessness tear him apart.

Ecco is haunted by Nika’s absence. He hears her voice and sees her face in place of what is real. She invades his dreams, enticing him to find her, to set her free. His abilities allow him to seek out her mind from a distance, but he cannot find her. Ecco enlists the help of his sister, Rani, to devise a plan that may give them a chance to retrieve Nika from Rafas. First, they have to convince their father, the king, to help.

Meanwhile, Kol is torn between following orders and duty to his family. He is perched on a rock outcropping just outside the grounds of North Manor with Garett and Vernier while Ecco’s twenty-first birthday celebration approaches. Kol would give anything to be there for his brother, but the three young men have been ordered to watch the manor day and night, not to return to the palace until summoned. Will they be able to follow the king’s orders, and what might they see from their lookout above the manor?