Time For A Christmas Movie

I had such a horrible nightmare last night that midway through I thought to myself, “This would be a great horror story to write.” As soon as I thought that, there was a twist I didn’t see coming at all. It was amazing. I was still bummed out that I was having a nightmare, but I was really appreciating just how creative it was. It was full of ghosts both good and very very bad. It was actually pretty sad at a few points when I realized that some of the characters in my dream whom I thought were alive, were actually dead as well. I will write down a few notes to help me remember some of the more important details, but then I will be sure to watch a Hallmark Original Christmas Movie at some point today. As creative and awesome as it was, I really don’t like having nightmares. 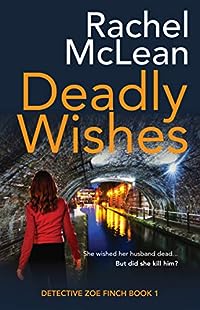 Meet Zoe Finch, West Midlands Police’s newest Detective Inspector. She’s outspoken, ambitious, and damaged. And she’s working a case that could make her career, or cost her everything…
Fresh from the success of the Canary investigation into depravity and corruption at the highest levels, she’s attracted attention. Not least from Assistant Chief Constable Bryn Jackson.

But when Jackson is brutally murdered on the night of his retirement party, Zoe is dragged into a case that’s deeply personal.

All the evidence points to the victim’s downtrodden wife, who has secrets of her own. But Zoe begins to suspect all isn’t as it seems. Could Jackson’s death be linked to the Canary case? And what is her new boss, DCI David Randle, hiding?

Seeking out the truth will force Zoe to confront her own past, and put her career, and her team’s lives, on the line.

Deadly Wishes is a gritty crime thriller perfect for fans of Angela Marsons, Caroline Mitchell, and the BBC’s Line of Duty. 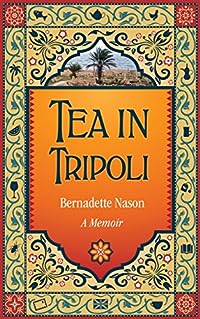 TEA IN TRIPOLI: A Memoir
by Bernadette Nason

Broken by divorce, debt, and workplace sexual harassment, twenty-six-year-old Bernadette Nason is hanging by a thread. When her cat is run over by a garbage truck, Nason makes an impetuous decision. With almost no travel experience, she grabs the first available overseas job and, within two months, finds herself in Libya. ‘Fitting in’ has never been her strength, yet here she is, the most unstable, self-loathing, slightly overweight fish ever to throw itself recklessly out of its own water. Move over, Bridget Jones, there’s a new, real-life idiot in town.

Inspired by her expatriate adventures during Gaddafi’s turbulent regime, c. 1984-85, Nason covers her thwarted desire to ‘fit in’, from bizarre daily life to terrifying confrontations with the Morality Police. Told with candor and wit, TEA IN TRIPOLI, follows a young woman’s attempts to escape her past on an extraordinary, often perilous, journey of self-discovery. It’s sure to resonate with anyone who has ever run away from problems instead of taking care of business. 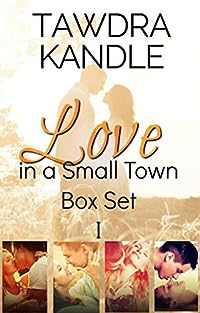 Love in a Small Town Box Set 1
by Tawdra Kandle

Welcome to Burton, Georgia, a small town just west of Savannah. In this farm community, the women are sassy, the men are sexy and happily-ever-afters are a specialty of the house.

THE FIRST ONE: They were each other’s first love. When he left town and broke her heart, she thought she’d never love again. But sometimes first love can be the one that lasts forever.

THE ONLY ONE: After he lost his wife, Mason never wanted to risk his heart again. With her quiet innocence, shy Rilla Grant seems to be a safe choice to help him with his daughter’s care. But he didn’t count on her being his greatest temptation. Sometimes love’s not the easy choice. Sometimes it’s the only one.

THE PERFECT ONE: When former Burton native Alex Nelson ducks into a Savannah art museum, he’s only looking for an air-conditioned spot to hang out before a business meeting. But meeting Cal Rhodes amps up the heat instead. Now he just has to convince a gun-shy Cal to risk his heart on love. The sparks fly when the perfect one comes around. 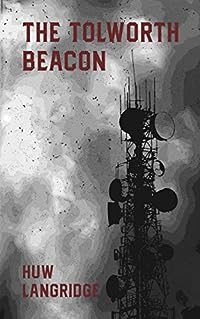 The Tolworth Beacon
by Huw Langridge

During a British summer heatwave, a much-loved supermarket prepares to celebrate a historic milestone, and Store Manager Chris Powell is coming to terms with his fractured marriage while planning the Royal visit.

But what is the significance of the attempted burglary at the house across the street from where he lives, and the nocturnal dog walker who doesn’t seem to have a dog?

Chris Powell is about to discover that some things are best left well alone.