Many of you may know I have been working on a new blog called Pollen Patch. Slowly I have been adding new content that shows you what I am up to in the garden, some holiday ideas, and a few bee updates. I was looking through some pictures I had taken a few years ago at one of my favorite places to visit for Christmas ideas and inspiration called West End Nursery. This year is such a crazy year and I am not sure if we will be able to visit, but I am having fun looking at pictures of all the wonderful displays they had. If you are in the mood for a little Christmas cheer, check out my latest post on Pollen Patch by clicking here. 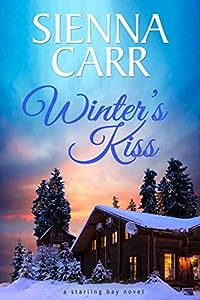 She’s the city girl from Boston. He’s the gift shop owner from the bay.
Their worlds were never meant to collide.

Dylan Fraser is an artist, a dreamer, and a failed actor.
He runs a gift store on the edges of Starling Bay, a small coastal town where nothing much happens.

Merry Nicholls hates Christmas. The festive season is full of bad memories, especially this year which marks the five-year passing of her husband’s death.

Falling ill due to stress, and at her mother’s insistence, Merry reluctantly visits Starling Bay. She’s supposed to recuperate, but with her surly daughter and her Great Dane in tow, not to mention the town’s busy body on her back, recuperation might not be possible.

But when her dog crashes into a gift shop, breaking a collection of handmade Christmas coffee mugs, all chances of an easy recovery period go out of the window.

Winter’s Kiss is a STANDALONE small town friends to lovers romance with a HEA. 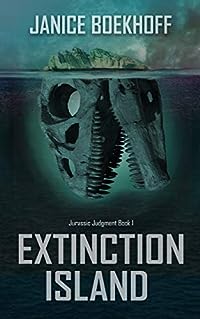 Dangerous Convicts. Deadly Dinosaurs. The secret encoded in her DNA lies between them…

Dedicated reptile expert Oakley Laveau loves the thrill of wrestling a ‘gator. But her dream job at the swamp tour slips away when she’s charged with a crime she doesn’t remember: her best friend’s murder. Sentenced to life on a secluded isle, she’ll have to battle violent criminals and genetically modified dinosaurs to uncover the truth.

As soon as she steps on the island, she’s swept up by the charming leader of a gang of convicts and his dubious offer of protection. But it’s hard to heed his warnings when somewhere in the dino-infested rainforest hides a witness who knows the shocking facts behind Oakley’s amnesia.

Hunted by humans and beasts, can Oakley expose the truth before she meets a bloody end?

Extinction Island is the first book in the suspenseful Jurassic Judgment sci-fi series. If you like fearless heroines, action-packed adventures, and a touch of romance, then you’ll love Janice Boekhoff’s thrilling novel. 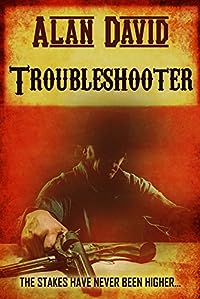 Tensions are high in the American West.

The race is on to see which company can be the first to reach the Apache Pass with their iron rail tracks.

S & W and Pacific West are neck and neck.

But this is a dangerous game.

High stakes mean ambushes and gun fights are all part of the competition.

Chet Manning, S & W’s chief troubleshooter, is willing to die for the success of the railroad and there isn’t an outlaw or gunslinger in the territory who doesn’t fear his lethal approach.

However, even the best can be defeated and Ben Yaro threatens to do just that in his determination to put S & W completely out of business.

With a traitor in their midst, numerous attempts on his life and a known weakness for women, Manning desperately tries to save the railroad.

Can he out-smart Yaro and gain control of the railroad?

Or will he lose his reputation – and maybe his life – in the battle?

Troubleshooter is an thrilling, authentic Western that will keep readers gripped from the first page to the last.

After nineteen-year-old Katie Murray witnesses the shocking coverup of a crime that could implicate Eric Clarke, the estranged son of her neighbors, she struggles with how much to divulge. The two families spend their summers in an upscale Cape Cod locale where adults prioritize appearances and, as the opioid crisis wreaks havoc, steer clear of the inhabitants of the blue-collar town next door. Driven by an overpowering urge to protect the downtrodden and infuriated by the complacency of the people around her, Katie makes decisions that could carry dangerous consequences for everyone involved. Insightful, heart-wrenching, and peppered with wry observations, Seaview Road is a story of family and alienation, of apathy and loyalty, of parent-child communication and the agony of missed connections. 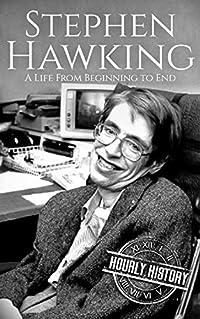 Stephen Hawking: A Life From Beginning to End (Biographies of Physicists Book 4)
by Hourly History

In 1963, Stephen Hawking was diagnosed with motor neurone disease and given two years to live. More than half a century later, Hawking had made some of the most significant contributions to our understanding of the universe since Albert Einstein. The world’s most famous physics professor, a best-selling author, and a father of three, Stephen lived his life to its fullest. Bridging the world of theoretical physics with the reach of pop culture, Stephen Hawking became an emblem of human determination and intellectual curiosity.

Early Life and Terminal Illness
Hawking Radiation and Black Holes
The Hawking Family
A Gambling Man
Late Life and Death
And much more!