Am I Overthinking This?

Wednesdays are just fine for me. I feel like I still have half a week to get things done, and there is no pressure. Thursdays freak me out though. As soon as I realize it’s Thursday I panic and wonder where the week has gone. Just the day before I was fine and had my whole life ahead of me, but when that Thursday hits… BAM! I’m old and my time is up! It’s too late for anything. I’m finished. Oh but Friday… YEEHAAA!! The weekend has just begun! LIFE IS GREAT. Maybe I am overthinking this. 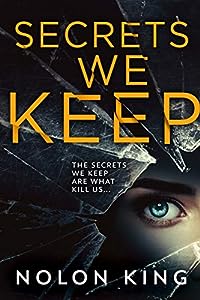 From the best selling author of Pretty Killer, No Justice, and 12 comes Secrets We Keep, a new stand-alone thriller in The Bright Lights Dark Secrets Collection.

John thought what happened in London would stay in London. He was wrong.

As a successful author with a wife and two daughters he adores, John Treadwell should be happy. But while an ocean away from his family, he drunkenly hooks up with one of his biggest fans to chase away the loneliness.

After his one-night stand, John is sure he’ll be able to hide this moment of weakness from his wife and daughters. After all, the woman he slept with lives in London, and there’s no way they’ll ever see each other again.

But John isn’t about to get away so easy. His biggest fan has grander plans than just a single drunken night…

An intense psychological thriller that explores the ways secrets can destroy those who hold them, Secrets We Keep is the first book in The Bright Lights Dark Secrets Collection, perfect for fans of Darcey Bell and Harlan Coban, or movies like A Simple Favor and The Hand That Rocks the Cradle. 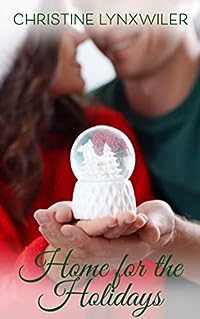 Home for the Holidays: (Updated 2020)
by Christine Lynxwiler

HOME FOR THE HOLIDAYS – a heartwarming Christmas novella about true friendship, helping those in need, and falling in love… What’s a girl to do when she falls in love with her lifelong best friend? Small town librarian Lauren Forrester moves to St. Louis so that her best friend, handsome contractor Jeffrey Warren can find a wife without having to deal with Lauren’s moods. But when Jeffrey shows up on her doorstep to convince her to come home for a country Christmas, will the hardheaded pair lose their friendship or find something even more precious?

ABOUT THE AUTHOR:
Christine Lynxwiler lives with her husband and their precious Great Pyrenees in the beautiful Ozark Mountains. They are blessed to have their children and grandchildren live nearby. Friday night game nights and Sunday lunch after church are traditions that Christine has carried over from her own childhood in a close-knit family. A four-time winner of the prestigious American Christian Romance Writers’/American Christian Fiction Writers’ Book of the Year Award, Christine has written seventeen novels and novellas for Barbour Publishing, including Arkansas, Forever Christmas, Promise Me Always, Along Came a Cowboy, and three cozy mysteries – Death on a Deadline, Drop Dead Diva, and Down Home & Deadly – she co-authored with two of her sisters. 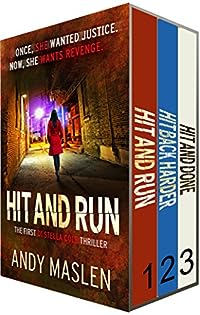 The widow’s a cop. Forget the law. She wants revenge

Meet Stella Cole. An ambitious detective inspector with the Metropolitan Police Service. Her career and her life look rosy until a hit and run driver kills her husband. Grief drives her to booze and pills. Back at work after a year’s compassionate leave, Stella secretly re-investigates his death and begins to suspect a cover-up.

The legal conspiracy she uncovers rocks her faith in everything she holds dear, from the law itself to the people enforcing it and those dispensing justice. But the people running Pro Patria Mori have no intention of giving up. They want Stella dead.

But they’ve reckoned without Stella’s determination, fighting skills and powerful but increasingly violent alter ego she dubs “Other Stella”.

Thriller fans have awarded this nail-biting trilogy hundreds of five-star reviews. This boxset gives you all three novels – over 1,000 pages of unputdownable action.

Freelance journalist Vicky Riley was working with Richard to expose corruption buried deep inside the legal system. Unaware that powerful people are out to stop her, she contacts Stella.

Vicky’s research confirms Stella’s worst fears. The people who should be upholding the law are turning it on its head.

Stella thinks she’s closing in on the truth. Then a horrific discovery threatens her very sanity. What began as a search for justice is now a raging thirst for revenge.

Detective Inspector Stella Cole only has one case. To find, and kill, the remaining members of a legal conspiracy who turned her world into ashes.

But their leader’s pulling in friends from the underworld to take the fight to Stella. Chief among them, an Albanian drug lord nicknamed, The Shark”.

Regrouping in Spain, Stella makes contact with an old adversary. A retired gangster named Ronnie “The Razor” Wilks. He proposes a deal that tests Stella’s resolve to the limit.

The only problem? Stella is losing her mind to a second, unrelentingly brutal version of herself she’s dubbed “Other Stella”. As the violence escalates, the question is, which one will win?

Stella has almost completed her bloody quest to avenge the hit and run killings of her husband and daughter. Only one member of the legal conspiracy who murdered them remains.

But he’s not going to go down without a fight. Even if it means having Stella sectioned and trying for the third time to murder her.

The non-stop action switches from London, to Canada and an Ojibway reservation, and Chicago, before the final, bloody climax in a frozen Minnesota. 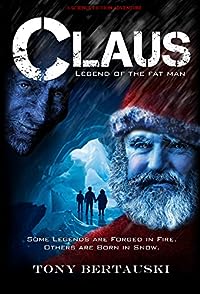 The 1st novel in the Claus Universe. The stories you never heard…

In the early 1800s, Nicholas Santa discovered an ancient race of elven.

Short, fat and hairy, they have lived peacefully on the North Pole since the Ice Age but Nicholas is quickly swept into the colony’s first and only fracture. The elven known as the Cold One has divided his people. His name is Jack. And Jack’s tired of hiding. Why should they live in a shrinking ice cap when humans occupy the rest of the world?

There’s no stopping Jack from world domination until Nicholas Santa, the only human to enter the elven colony, joins helium-bladder reindeer, artificially-intelligent snowmen, and a merry band of big-footed elven to bring peace back to the North Pole.

And becomes a legend. 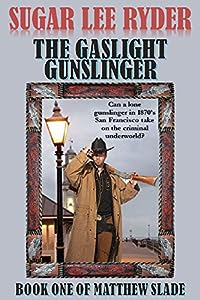 The Gaslight Gunslinger: Book One of Gunslinger Matthew Slade
by Sugar Lee Ryder

1870’s San Francisco is set to explode in violence! Gunslinger Matthew Slade rescues a little girl from an attempted kidnapping. Now the Chinese tongs that run the city want her back – and Slade dead.

Upon his arrival, Slade rescues Mai Lee, a little Chinese girl, from a pair of thugs intent on kidnapping her. The girl’s wanted by Huang Sun, the leader of the dominant tong – a crime syndicate that runs opium dens, fan-tan parlors, and prostitution in the city.

Slade can’t walk away, even if he wanted to. His first paid job as a free agent is to keep Mai Lee out of Sun’s hands – no matter the cost!

But how can a gunslinger used to the open plains and prairies of the West deal with the criminal underworld of a crowded metropolis? Even with the help of new allies and the backing of a pair of bawdy-house madams, his odds are long at best.