Step Away From the Jigsaw

I had my jigsaw out, two good sized pieces of plywood, and a gallon of paint. I was all set to make a elf village for my backyard. The Hydrangea garden is nothing but a bunch of twigs and I hated the way the spot looked. My first thought was a elf village, with buildings that were three feet high. Not a small village. I think quarantine has finally gotten to me. Why the heck was I going to build an elf village? I put the jigsaw down and just walked away. Six feet away from the hydrangea garden is a perfectly lovely plant that has beautiful variegated leaves and it needs to be replanted from the pot it is in now. Ten minutes worth of gardening would give the spot the year round interest I have been trying to achieve. I wonder way my first thought is always to pick crazy first. Thankfully I stopped myself. 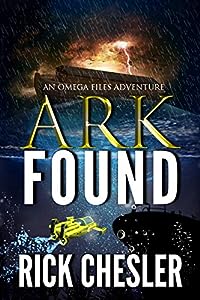 The follow-up to breakout action-adventure bestseller, ATLANTIS GOLD. Treasure seeker Carter Hunt continues his odyssey with Omega Team to safeguard and preserve the world’s treasures so that all may enjoy them for generations to come. The Omega Files Adventure books are meant to be enjoyed in any order.

IT POINTS TO AN ARK

TO FIND IT, OMEGA TEAM MUST A BATTLE A MERCILESS UNDERGROUND CONSORTIUM IN A WORLDWIDE BATTLE WITH THE POTENTIAL TO ROCK THE FOUNDATIONS OF HUMAN THOUGHT

A young archaeologist travelling to New York City aboard the liner’s maiden voyage has brought along an intriguing find he hopes to sell to an antiquities collector. When the ship sinks, his artifact is still inside a safe.

When a deep sea submersible dive to the wreck of the Titanic recovers a safe, Carter Hunt and Jayden Takada look forward to seeing if its contents include the rumored map. A map that, if real, would show the way to a find of biblical proportions.

But Omega Team isn’t the only group looking for the ancient document. After an underwater battle inside the Titanic with an unknown submersible, Carter and Jayden manage to escape with their lives. But their troubles are only beginning as they are forced to do battle with a black-market network that will stop at nothing to control one of the planet’s most sought-after hallmarks of humanity. 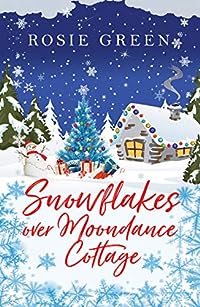 When Jess Rigby lost her dad, the family coped in different ways, alone in their grief. Now, her mum seems to be going off the rails and her sister, Isla, who moved to France, is now back and determined to get the old family home on the market. But the last thing Jess wants this Christmas is for renovations to start on the house. It’s sure to stir up old memories she’s desperate to forget. And to make things worse, Isla seems to have hired the most obnoxious builder in the world to do the work. Jess could ignore the fact that women seem to be putty in his hands. But what she finds harder to ignore is the frisson she gets every time she squeezes past him in the mess that is now their beloved family home! Soon, the house begins to give up its secrets, some of them shocking. Can the family finally start talking and find a way to move on from the past this Christmas?

Rosie Green is the author of the much-loved, best-selling novellas in the LITTLE DUCK POND CAFE series. This is her first full-length Christmas book.

The Serpent Sword (The Bernicia Chronicles Book 1)
by Matthew Harffy

Beobrand is a young man with a shadowy past. As an outsider in the kingdom of Bernicia, he is compelled to join his brother, Octa, as a warrior in the household of King Edwin. He must learn to fight with sword and shield to defend the war-ravaged kingdoms of Northumbria.

In a period of great upheaval for Dark Age Britain, all he finds is death and war. Men and women strive to seize control of their destinies in a time of despair, and the land is rife with danger as warlords vie for supremacy and dominion. Amongst the blood and the betrayals, Beobrand learns of his brother’s near-certain murder. Inexperienced but ruthless, Beobrand must form his own allegiances and learn to fight as a warrior with sword and shield.

Driven by a desire for vengeance and a relentless pursuit of his enemies, he faces challenges which transform him from a boy to a man who stands strong in the clamour and gore of the shieldwall. As he closes in on his kin’s slayer, can Beobrand mete out the retribution he craves without sacrificing his honour… or even his soul? 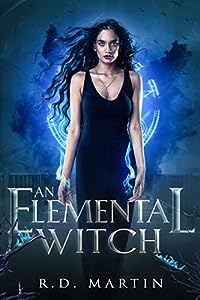 Gifted with unwanted magic. Burdened by tragic secrets. Will she risk her normal, safe life to save an innocent girl?

Bella Flores is determined to conceal her witchy abilities. When the sorcery-suppressing government executed her father, she chose a corporate cubicle to hide in plain sight. But she’s forced to jeopardize her secret when she becomes entangled in a supernatural kidnapping…

Rallying her self-centered feline familiar and unrequited crush, Bella embarks on a quest to rescue the stolen girl. But they’ll have their hands full, gathering the shattered pieces of the only weapon strong enough to slay the sinister abductor. And soon her fears of being seen become a deadly reality as she fights forgotten legends and eldritch horrors that could consume her soul.

Can Bella save the child before they both meet a savage end?

An Elemental Witch is the explosive first book in the Bella Flores urban fantasy series. If you like relatable characters, heart-stopping mysteries, and battles with mythical creatures, then you’ll love R.D. Martin’s unique world. 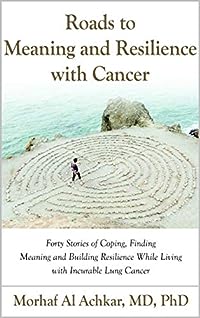 ROADS TO MEANING AND RESILIENCE WITH CANCER: Forty Stories of Coping, Finding Meaning, and Building Resilience While Living with Incurable Lung Cancer
by Morhaf Al Achkar

The book tells the stories of 39 patients with incurable lung cancer. It aims to help patients, families, and healthcare providers understand the experience of living with cancer. It also invites reflections on the essential questions of meaning, resilience, and coping with adversity in life. The author is a family doctor, teacher, and researcher who is also a stage 4 lung cancer patient himself. He is patient #40.

Patients with cancer often have an urgency to find meaning in life. They struggle with the illness, its emotional impact, and the consequences of treatments. However, with time, reflection, and support from others, they develop resilience. Cancer patients often are not passive. Instead, they choose different strategies to maintain and restore their health. They also leverage a variety of approaches to cope better with their struggle.

The book is for cancer patients who are tarrying at the limits of time. It is also for those who live around patients with cancer: caregivers, families and friends, and health care providers. People who struggle with other illnesses will also find aspects of their story reflected here. Also, the ones who have experienced a crisis of identity will discover elements of their story here as well. By sharing the experiences of the forty authentic individuals, the book opens the space for them to teach others. This book is about the essence of the human experience at its limits. It is for every reader.