Brian Yansky is an award winning writer of five traditionally published YA novels. He’s had over a dozen stories for adults published in magazines and anthologies. The Poe Detective Agency series is pure fun fantasy with plenty of sarcasm and irony to go around. Enjoy! 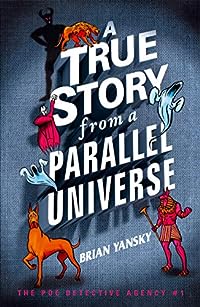 Romeo Moon, a detective of The Poe Detective Agency, must, with the help of his zombie girlfriend, undertaker best friend, and a famous three-headed dog, defeat a robber baron nicknamed The Emperor who wants to conquer Romeo’s home town. The Emperor has an army of the dead, the undead, and the living, all looking forward to putting an end to Romeo and his friends and anyone who gets in their way.

But there’s more. Romeo has a past that has been hidden from him all his life. It turns out his mother and father are not who he thinks they are. In fact, his birth father happens to be a former god of the Underworld who is dead set on sending Romeo on a one way trip to the afterlife.

Can Romeo survive family issues, a father with poor parenting skills, and a rich enemy whose ambitions require Romeo’s demise? All this and more answered. 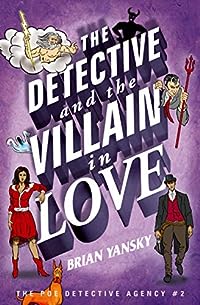 A Twisted Urban Fantasy Mashup That Weaves Together A Tale of Star-Crossed Lovers And Goddesses Kidnapped By Satan. A detective and a villain are by definition on opposite sides of the law. What happens when they fall in love? Think Romeo and Juliet, Anthony and Cleopatra, Abelard and Heloise, Gatsby and Daisy, Westley and Buttercup (spoiler alert: only one of these worked out). Odds for star-crossed lovers’ long-term success in both literature and history are not very good. Woven into the star-crossed lovers tale is a detective story. Romeo Moon, the detective half of the detective and villain, must track down and rescue The Fates, Greek goddesses, who have been kidnapped. One major problem is the kidnapper is the original bad boy, Satan. Other problems will have to do with magic, archdemons, snake-blood assassins, and Romeo’s biological father, a former god of the underworld, who has tried to kill him numerous times in the past — an obvious candidate for bad parent of the decade. Can the lovers stay together? Can Romeo stay alive long enough to save The Fates? You know what you have to do to find out.