Using Candy To Bribe My Kids

Last night I drove my poor baby bassets crazy making them watch  A Bing Crosby Christmas special circa 1968. His wife Kathryn and Glen Campbell were co-hosting as well. Although this particular program had aired a few years before I was born, it did bring me back to my younger days when the family would all sit together and watch holiday variety shows like this every year. My baby bassets were frustrated at first with the quality of the picture. It was extremely fuzzy. After about ten minutes, I think they got used to it, and pretty soon they were as mesmerized by the beautiful Christmas music and the soothing voice of Bing Crosby. I was finding it very easy to slip down the rabbit hole of YouTube videos. I went on to show my boys Bing Crosby singing The Little Drummer Boy with David Bowie, then the Bee Gees movie, Sargent Peppers Lonely Hearts Club Band.  They hit their limit with the Bee Gees and made a run for it. Those boys won’t get far. I’m thinking Thursday Night Movie Night!!! I will bribe them with candy.

Getting a Head (A Kat Parker Novel Book 3)
by K.L. Phelps

Reluctant psychic Katrina Parker always suspected her love of tacos would one day get her into trouble. She just always believed it would come in the form of tight jeans, not a decapitated head and the quiet ghost attached to it.

Agreeing to lend a hand to the severed head, Kat discovers that the problems of lugging a head all over town, crashing a wake, and keeping it hidden from hunky detective Damian Johnson all pale in comparison to having to deal with the constant smell issue.

Each misstep brings her closer to an answer, yet even closer to danger. And with her friends and family now in the line of fire, Kat must keep all her wits about her or risk losing her own head.

A rogue general within China’s People’s Liberation Army has a 25-year plan to smuggle nuclear weapons into the United States. Lieutenant General Kung Yusheng has been the Commander of 22 Base, the secret underground repository of China’s nuclear arsenal, for over 30 years. He is a collector of artifacts owned by famous military leaders, loves American art, and would like nothing better than to bring the United States to its knees. 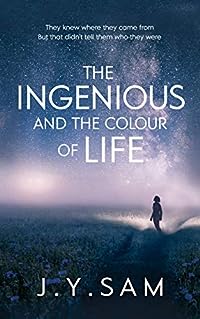 The Ingenious, and the Colour of Life: YA/NA sci-fi (The Ingenious Trilogy Book 1)
by J.Y. Sam

Seven children born with a genius gene.
One professor that connects them all.
Hundreds of forgotten graves.
Zero explanation.

A unique group of teenagers. They should have been celebrated worldwide as outstanding products of bio-technology, but instead, they are abandoned and anonymous. An ordinary girl next door, a homeless boy rummaging through rubbish, a pampered child of a well-to-do family. They are all but forgotten, until the mysterious disappearance of one of the children brings out of hiding the man that connects them all – Professor Harald Wolff, the geneticist who created them. No longer the distinguished scientist he once was; he is now blind, broken, and a recluse.

Brought together, the remaining children’s abilities evolve in unexpected ways. Forced to confront an unknown enemy, the full potential of their genius is unlocked. But exceptional as they are, they must learn the dangers of being too clever for their own good, and that they are just one small strand in the complex web of life.

No ordinary tale of good vs evil, this story warns of the evil that lurks inside us all, and our struggle to triumph over it with good. And so the Ingenious children must combine their unique gifts to combat the evil within – resulting in an epic battle of the world’s greatest minds. 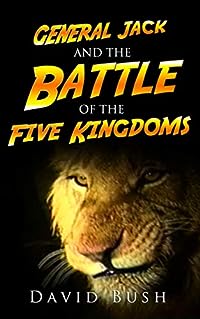 The times were dark.
In a green land before time, all animals of the world laboured under the repressive rule of King Roar the Lion and the fierce Felines.
Miaow, the timid and inconsequential chief of the cats befriends a fourteen-year-old mysterious explorer, Jack. These two unlikely heroes engage in the impossible struggle for liberty of the repressed animals. The conflict reaches its apogee with an epic but disastrous battle.
Although the two protagonists were aware their survival was at stake, little did they know their enduring friendship would radically alter the destiny of the Animal World forever.
This book will appeal to fans of “The Hobbit” and “The Chronicles of Narnia.” 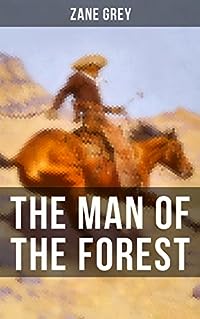