The Weight Of Guilt & Vines

I can’t believe the amount of guilt I felt when I cleared the passion vine off my tool shed. The vine had grown completely out of control and I could no longer get to a lot of essential garden tools I needed. The reason I didn’t clear it off sooner was that it was home to hundreds and hundreds of caterpillars. I put the vine there to attract them, so it was my fault they were all living their best life on it. I had decided I wasn’t going to do anything about it until the weather cooled and the caterpillars moved on or hibernated, or whatever it is they do. So the weather cooled, but the caterpillars didn’t slow down. Months went by and they were still there living life to the fullest. I decided that I could wait no longer. I very carefully cut small sections at a time and gently placed them on the ground. I had made a nice pile for them to finish their meal, and move once they realized their home was moved. That night the guilt weighed so heavy on my heart. I had betrayed them. I was a monster. So the next day (Tuesday), I sat for three hours next to the pile of vines, gently picking through the entire pile, turning every single leaf, and putting every single caterpillar I found in a box with fresh vine leaves. After I had gone through the entire mound of vines I moved the box of caterpillars to a different part of the garden with the same vine that would not be cut down. That right there is some high level quarantine crazy going on, but I slept guilt free last night. 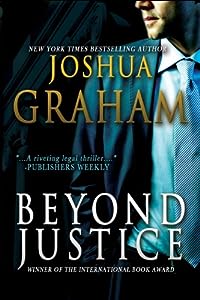 BEYOND JUSTICE
by Joshua Graham

Sam Hudson, a reputable San Diego attorney, learns this when the authorities wrongfully convict him of the brutal rape and murder of his wife and daughter, and sends him to death row. There he awaits execution by lethal injection.

If he survives that long.

In prison, Sam fights for his life while his attorney works frantically on his appeal. It is then that he embraces the faith of his departed wife and begins to manifest supernatural abilities. Abilities which help him save lives- his own, those of his unlikely allies-and uncover the true killer’s identity, unlocking the door to his exoneration.

Now a free man, Sam’s newfound faith confronts him with the most insurmountable challenge yet. A challenge beyond vengeance, beyond rage, beyond anything Sam believes himself capable of: to forgive the very man who murdered his family, according to his faith. But this endeavor reveals darker secrets than either Sam or the killer could ever have imagined. Secrets that hurtle them into a fateful collision course.

BEYOND JUSTICE, a tale of loss, redemption, and the power of faith. 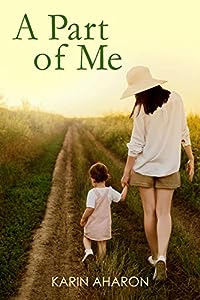 A Part Of Me: A Gripping Emotional Page Turning Novel, Based on a True Story of a Breast Cancer Previvor
by Karin Aharon

It was all so unexpected.

And now, she needs to fight the greatest battle of her life.

Shirley is preoccupied with her non-stop daily routine: her demanding job at a law firm, raising her 18-month son and maintaining her loving relationship with her husband…

Shirley’s busy life is turned upside down when her mother, who lives in Australia, comes over to visit and receives painful news – she has cancer.

This terrible discovery is just the tip of the iceberg for Shirley, with many more struggles ahead, that she must face.

Against all odds, and despite the challenges in her path, she goes on a long and courageous journey, with a single goal in mind – do everything it takes to be there for her children. 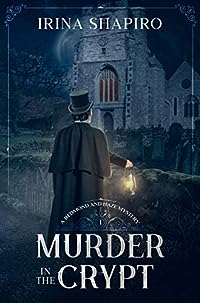 When the body of a young man is found stuffed into the tomb of a medieval knight, Parish Constable Daniel Haze is tasked with investigating his first solo murder case. Suspicion instantly falls on the only stranger to arrive in the village of Birch Hill just before the crime took place, but the American captain proves to be an unexpected asset. A former soldier and a skilled surgeon, Jason Redmond is not only willing to assist Haze with the investigation but will risk his own safety to apprehend the killer.

With no suspects, no motive, and few leads to follow, Redmond and Haze must solve the crime before one of them becomes the murderer’s next victim.

Murder in the Crypt is the exciting first installment of this Victorian murder mystery series set in a quaint British village. 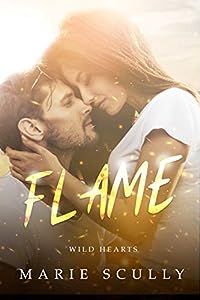 Danny Sanders is no stranger to death and loss. While running from her past, she arrives at Wild Horse Ranch, thinking it will be a way to make fast money and move on again. She was not anticipating Liam, the handsome jockey next door.

Liam O’Connor is used to being the man with all the answers, but around Danny he only has questions. Who is she? What secrets could she be hiding? Why does his heart beat faster when she is around?

Can two people used to running stay and fight when their past catches up with them? 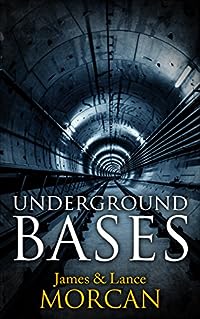 What do the world’s superpowers get up to in their secret underground bunkers?

UNDERGROUND BASES: Subterranean Military Facilities and the Cities Beneath Our Feet, by novelists, filmmakers and independent researchers James Morcan & Lance Morcan, details confirmed and rumored underground facilities in the United States and around the world. Containing rare photographic evidence throughout as well as little-known quotes from key government figures, it makes a compelling case for there being an enormous hidden world under the Earth’s surface.

The Morcans speculate that the covert underground infrastructure may be far bigger than anyone has previously supposed and is likely used for the development of suppressed technologies. Their sources include declassified files, university reports, WikiLeaks’ documents and interviews with ex-military personnel turned whistleblowers who claim to have worked in “cities below ground”.

UNDERGROUND BASES delivers a vast array of facts and theories that ultimately allows readers to form their own conclusions. The exposé covers everything from: the US Department of Defense’s verified evacuation areas beneath the White House and the Pentagon as well as their acknowledged sites at Mount Weather and Cheyenne Mountain; underground facilities around the world including Russia’s sprawling Mezhgorye complex and Australia’s CIA-managed Pine Gap; the long-forgotten newspaper headlines which reported that Adolf Hitler and senior SS officers may have built a Nazi colony beneath Antarctica after WW2; rumors that human-alien joint ventures are occurring below ground and that kidnapped citizens are being detained in subterranean prisons for illegal medical experimentation such as cloning.

Why are the Global Elite spending trillions of dollars of their black budgets to build such vast networks of underground (and undersea and under-ice) sites? Are they simply preparing for emergencies as per official government explanations? Do they believe an Armageddon scenario is imminent? Are they secretly collaborating with extraterrestrials? Or, are they literally creating a breakaway civilization separate to the rest of humanity?

To attempt to address these and other questions, UNDERGROUND BASES takes readers on a vicarious journey into miles-deep military bases and other subterranean facilities not known to the general public.